They may not all be beach reading, but this clutch of books will keep any reader busy--working or not--in the doleful last days of summer. 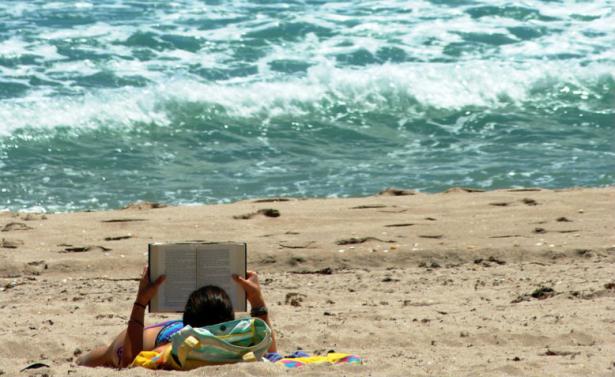 What time is it? Reading time!, Photo: Flickr/Josué Goge // Counterfire

I remember well it being said of me that I always had ‘my nose in a book’ from the age of about 8 or 9. Many decades on, books remain central to my holiday entertainment. Here are a few that I have read or am planning to read.

Top of my list for holiday reading are novels. The one I’m most looking forward to is the huge newly translated Stalingrad by Vasily Grossman, the earlier companion to his major work Life and Fate. These are not exactly a light read in any sense, covering as they do the Battle of Stalingrad and the Holocaust, but they are some of the finest writing I have come across. Grossman was Jewish and a war correspondent in the besieged city, and the books echo the great Tolstoy classic War and Peace,which is set during Napoleon’s invasion of Russia.

Alexander Baron was also a Jewish writer, this time in Hackney, who covered the same period but in a very different way. Try his novels From the City, From the Plough or There’s No Home, set among soldiers in wartime Sicily. There have been several novels which take as their theme myths and history from the ancient world, and particularly from the point of view of women. I’ve had very mixed reports of Pat Barker’s The Silence of the Girls, which retells Homer’s Iliad through the eyes of Briseis, the concubine of Achilles. I have read the German author Christa Wolf’s Cassandra, about the last days of Troy through the eyes of the prophetess who is doomed never to be believed – and it is very good. There is always a danger of looking at historical events from 21st century eyes, rather than considering what the specific historical circumstances and ideas were and maybe this is what Barker does. One book I’ve just read that avoids this trap is Spartacus by Lewis Grassic Gibbon a fictionalised account of the slave revolt in ancient Rome, whose leader has inspired socialists from Karl Marx to Rosa Luxemburg.

Jonathan Coe’s Middle England is engaging and funny, despite its rather soft liberal centre, and covers contemporary society in post referendum Britain. It is extremely acute about a range of issues from academic life, garden centres and shopping malls, to the aging process and forgiveness. There are some detective and crime writers who we always look out for in our house: these include Walter Mosley, Philip Kerr (who sadly died last year), and Kate Atkinson’s Jackson Brodie stories. They all have new ones: Mosley’s Down the River unto the Sea is about a black detective in New York; Kerr’s Metropolis is his final Bernie Gunther novel, and a return to the form of his Berlin Noir novels set in Weimar and Hitler’s Germany, where Gunther is a maverick policeman; and Atkinson’s Big Sky finds Brodie investigating in Yorkshire.

I’m not a big fan of Booker Prize winners but was much taken with Milkman by Anna Burns, set in Northern Ireland in the 1970s. It is written in an unusual style which might take some getting used to but is an insight into life in a nationalist community and the feelings of a young woman. Also try Americanah by Nigerian writer Chimamanda Ngozi Adichie, which tells the migrant experience in the US and how it impacts back home.

Then there are the classics that we’ve never read or want to read again. Just a few I would recommend: Chess by Stefan Zweig is a small but near perfectly formed story which is enthralling and surprising; Fathers and Sons by Ivan  Turgenev is about the early revolutionaries in 19th century Russia; Parade’s End by Ford Madox Ford is a brutal story of war, love and women’s emancipation; The Last Tycoon, F Scott Fitzgerald’s unfinished final novel about Hollywood is one of his more political; and Mary Shelley’s Frankenstein is such a human and materialist take on monsters. Eric Ambler was a prolific, left wing thriller writer spanning the 1930s to the 50s – if you haven’t read any, there are many to choose from, most famously The Mask of Demetrios.

It’s also a good time to catch up on books you meant to have read but haven’t. While some people might shy away from taking Marx and Lenin on holiday, they might be surprised. I really like the Penguin Marx writings, edited by David Fernbach, which you can dip into and where the lengthy introductions put the work in context. Verso has published three volumes of Lenin Collected Works – highly ambitious but deserves support. Verso also republished one of my favourite books, Yvonne Kapp’s seminal study of Eleanor Marx where you learn about the subject but also so much about the socialist movement from the 1850s right through to her tragic death in the 1890s. Kapp was a communist who was also at one time a literary editor of Vogue so a remarkable woman.

Richard J Evans is one of the leading historians on Germany and Hitler, and has written a huge biography of the Marxist historian Eric Hobsbawm. Eric Hobsbawm: A life in History covers the historian’s series of popular Marxist histories – well worth reading despite some faults – as well as his later political interventions in the British labour movement which were frankly less useful. A life which spanned from the early 20th to the early 21st centuries and was one of political engagement will have much of interest.

Hobsbawm was born around the time of the Munich soviet, the shortlived attempt at revolution in southern Germany in 1918-19. Dreamers by Volker Weidermann tells the story of the artists, the political figures and the working people who wanted change, equality and socialism to come out of the war. It’s a miracle that it lasted so long, and the book shows very well that taking the first steps towards workers’ control is really very much the prelude to the battle between progress and bloody reaction which follows.

What all that means for us today has been written about widely but not always well. Political commentators still exist in a bubble of polls, personalities and parliament. One of the exceptions to this is a very thoughtful and thought provoking book by Mike Wayne England’s Discontents: Political Cultures and National Identities. It deals sympathetically with the many divisions today, including the Brexit and Scottish referenda, but never loses its theoretical overview, which relies heavily on the ideas of Antonio Gramsci. Costas Lapavitsas’s The Left Case against the EU gives you ammunition on this continuing argument.

If you want to understand the discontents of Trump’s US, then Kim Moody’s On New Terrain depicts a dysfunctional world for US workers, but also points to the immense power of those employed in the huge distribution networks and hubs which are so central to US capital. Going back in history, Kate Connelly’s edition of Sylvia Pankhurst’s A Suffragette in America is about women’s work, racism and campaigning in the early 20th century. You would recognise quite a lot of it today. Here in Britain David Olusoga’s Black and British tells the horrible history of racism and empire.

Finally, for any Londoner, try Robert Elms, London Made Us which looks a very entertaining read – not least for its list of now departed places and objects. Battersea Funfair, The Rainbow, ABC bakeries and the Galtymore anyone?

[As national convenor of the Stop the War Coalition, Lindsey was a key organiser of the largest demonstration, and one of the largest mass movements, in British history. Her books include ‘Material Girls: Women, Men and Work’, ‘Sex, Class and Socialism’, ‘A People’s History of London’ (with John Rees) and ‘How a Century of War Changed the Lives of Women’.]

Counterfire is a British socialist organization.If you enjoyed this article, you can donate to Counterfire HERE