Yes, America Is Rigged Against Workers

Academics debate why American workers are in many ways worse off than their counterparts elsewhere, but there is overriding agreement on one reason: Labor unions are weaker in the United States than in other industrial nations. 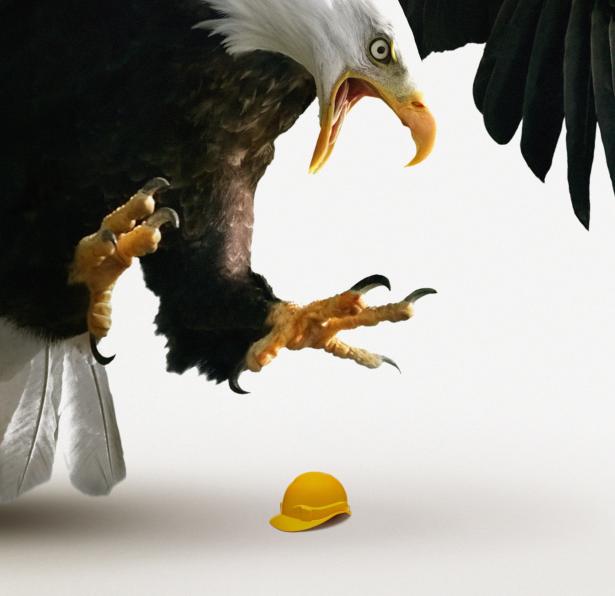 Among the three dozen industrial countries in the Organization for Economic Cooperation and Development, the United States has the lowest minimum wage as a percentage of the median wage — just 34 percent of the typical wage, compared with 62 percent in France and 54 percent in Britain. It also has the second-highest percentage of low-wage workers among that group, exceeded only by Latvia.

All this means the United States suffers from what I call “anti-worker exceptionalism.”

Academics debate why American workers are in many ways worse off than their counterparts elsewhere, but there is overriding agreement on one reason: Labor unions are weaker in the United States than in other industrial nations. Just one in 16 private-sector American workers is in a union, largely because corporations are so adept and aggressive at beating back unionization. In no other industrial nation do corporations fight so hard to keep out unions.

The consequences are enormous, not only for wages and income inequality, but also for our politics and policymaking and for the many Americans who are mistreated at work.

To be sure, unions have their flaws, from corruption to their history of racial and sex discrimination. Still, Jacob S. Hacker and Paul Pierson write of an important, unappreciated feature of unions in “Winner-Take-All Politics”: “While there are many ‘progressive’ groups in the American universe of organized interests, labor is the only major one focused on the broad economic concerns of those with modest incomes.”

As workers’ power has waned, many corporations have adopted practices that were far rarer — if not unheard-of — decades ago: hiring hordes of unpaid interns, expecting workers to toil 60 or 70 hours a week, prohibiting employees from suing and instead forcing them into arbitration (which usually favors employers), and hamstringing employees’ mobility by making them sign noncompete clauses.

America’s workers have for decades been losing out: year after year of wage stagnation, increased insecurity on the job, waves of downsizing and offshoring, and labor’s share of national income declining to its lowest level in seven decades.

Numerous studies have found that an important cause of America’s soaring income inequality is the decline of labor unions — and the concomitant decline in workers’ ability to extract more of the profit and prosperity from the corporations they work for. The only time during the past century when income inequality narrowed substantially was the 1940s through 1970s, when unions were at their peak of power and prominence.

Many Americans are understandably frustrated. That’s one reason the percentage who say they want to join a union has risen markedly. According to a 2018 M.I.T. study, 46 percent of nonunion workers say they would like to be in a union, up from 32 percent in 1995. Nonetheless, just 10.5 percent of all American workers, and only 6.4 percent of private-sector workers, are in unions.But this desire to unionize faces some daunting challenges. In many corporations, the mentality is that any supervisor, whether a factory manager or retail manager, who fails to keep out a union is an utter failure. That means managers fight hard to quash unions. One study found that 57 percent of employers threatened to close operations when workers sought to unionize, while 47 percent threatened to cut wages or benefits and 34 percent fired union supporters during unionization drives.

Corporate executives’ frequent failure to listen to workers’ concerns — along with the intimidation of employees — can have deadly results. On April 5, 2010, a coal dust explosion killed 29 miners at Massey Energy’s Upper Big Branch coal mine in West Virginia. A federal investigation found that the mine’s ventilation system was inadequate and that explosive gases were allowed to build up. Workers at the nonunion mine knew about these dangers. “No one felt they could go to management and express their fears,” Stanley Stewart, an Upper Big Branch miner, told a congressional committee. “We knew we’d be marked men and the management would look for ways to fire us.”

The diminished power of unions and workers has skewed American politics, helping give billionaires and corporations inordinate sway over America’s politics and policymaking. In the 2015-16 election cycle, business outspent labor $3.4 billion to $213 million, a ratio of 16 to 1, according to the nonpartisan Center for Responsive Politics. All of the nation’s unions, taken together, spend about $48 million a year for lobbying in Washington, while corporate America spends $3 billion. Little wonder that many lawmakers seem vastly more interested in cutting taxes on corporations than in raising the minimum wage.

There were undoubtedly many reasons for Donald Trump’s 2016 victory, but a key one was that many Americans seemed to view him as a protest candidate, promising to shake up “the system” and “drain the swamp.” Many voters embraced Mr. Trump because they believed his statements that the system is rigged — and in many ways it is. When it comes to workers’ power in the workplace and in politics, the pendulum has swung far toward corporations.

Reversing that won’t be easy, but it is vital we do so. There are myriad proposals to restore some balance, from having workers elect representatives to corporate boards to making it easier for workers to unionize to expanding public financing of political campaigns to prevent wealthy and corporate donors from often dominating.

America’s workers won’t stop thinking the system is rigged until they feel they have an effective voice in the workplace and in policymaking so that they can share in more of the economy’s prosperity to help improve their — and their loved ones’ — lives.

Steven Greenhouse, who was the labor and workplace reporter for The New York Times for 19 years, is the author of the forthcoming “Beaten Down, Worked Up: The Past, Present, and Future of American Labor,” from which this essay is adapted.