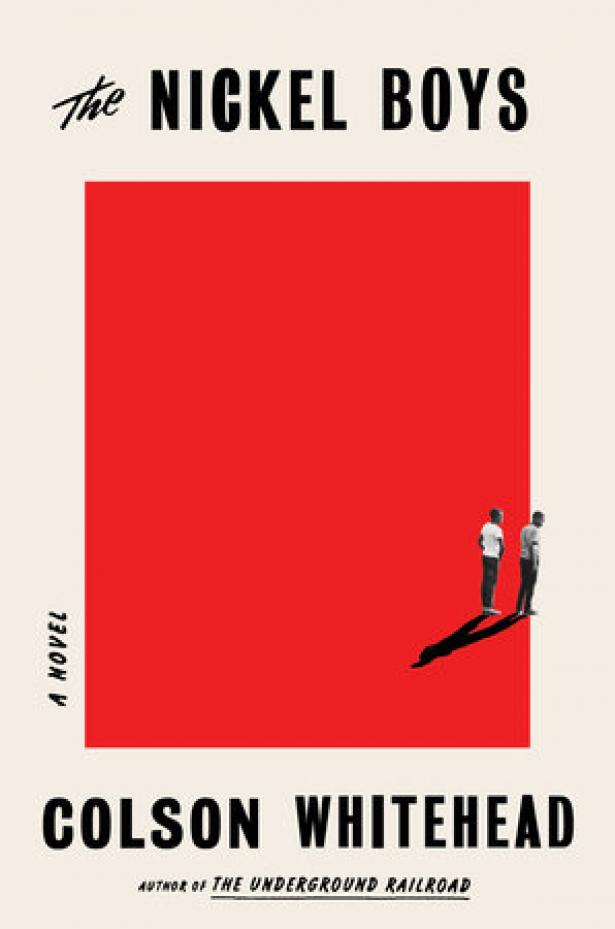 From 1900 to 1973, nearly 100 boys between the ages of 6 and 18 died at Florida’s Arthur G. Dozier School for Boys. Many of them were buried in unmarked graves, graves found only after the brutal reform school was finally closed in 2011. The remains of their bodies showed evidence of beatings and bullet holes. Boys who had made it out of the school alive told stories of torture and rape.

In Colson Whitehead’s searing new novel The Nickel Boys, Dozier School for Boys has been renamed Nickel Academy. “This is a school, and we’re teachers,” says the superintendent of Nickel early on to new student Elwood Curtis. “We’re going to teach you how to do things like everyone else.”

Nickel presents itself again and again as a school: to the state, to taxpayers, to people like Elwood and his family when Elwood is facing the chance of jail time and Nickel seems like a better alternative. But once Elwood is inside Nickel, he knows the truth: Nickel is a prison. The only difference, Elwood thinks, is that “all the violent offenders … were on the staff.”

Most of the survivors of the real-life Dozier School who’ve spoken about their experiences there are white, but forensic evidence suggests that life was even worse for the black students. Whitehead centers his story on the black side of campus in the 1960s, and he builds it around two black students in particular: Elwood Curtis, who worships Martin Luther King Jr. and believes strongly in the rule of law, and the enigmatic and cynical Turner.

Nickel Boys eases itself back and forth between Elwood’s and Turner’s perspectives with a deceptive seamlessness that belies how fundamental their disagreement is. It’s their debates that power the philosophical heart of the book: When you are at the mercy of horrific injustice, how do you survive? Do you make it through by believing in and working for justice — or do you abandon such ideals and just do whatever it takes to live?

The two main characters of Nickel Boys are philosophical opposites

When Elwood is first arrested, he’s a high school senior on his way to enroll in some classes at a local community college. He hitches a ride to the campus, and when the black driver giving him a lift is pulled over and then arrested for, in essence, driving while black, Elwood gets arrested too.

Elwood has always fundamentally thought of himself as the kind of person who doesn’t get into this sort of trouble. He’s the kind of person who follows the rules and plays whatever game he’s asked to play, even when it’s rigged against him. At his after-school job at the neighborhood cigar store, he informs on his classmates when he catches them stealing candy, although his boss keeps explaining to him that a little candy theft is built into the overhead and it’s fine to let it go. His classmates beat him up afterward. At the hotel where his grandmother works, Elwood finds himself doing all the dishes for the kitchen staff when they offer to race him through a pile of dirty dishes.

Elwood believes that the game is fair. It never occurs to him that he might be getting scammed just by playing in the first place.

So when he arrives at Nickel, Elwood figures that he knows what his strategy should be. “Everyone back home knew him as even, dependable,” Whitehead writes. “Nickel would soon understand that about him, too.” Elwood will keep his head down and follow the rules, and he is certain that Nickel will reward him by letting him out.

But Elwood has already lost just by entering Nickel. It’s not a place that rewards hard work and dependability. It’s a place that exists to torture. And when Elwood first begins to grasp this idea, he can’t hold onto it. It upsets his sense of order in the world. Places like Nickel, he says, are against the law. “State law,” adds Whitehead, “but also Elwood’s.”

Turner is one of the first students Elwood meets at Nickel, and the first to try to disabuse him of his ideals. “The key to in here,” Turner says, “is the same as surviving out there — you got to see how people act, and then you got to figure out how to get around them like an obstacle course.”

Unlike Elwood, Turner isn’t the kind of person who is willing to play a rigged game. At Turner’s neighborhood cigar store, there’s a street hustler who scams passers-by into playing Pass the Lady, but Turner never gets drawn in. He watches and learns instead. So when he gets to Nickel, he’s equipped to watch, learn, and keep himself out of trouble as much as possible.

But as it becomes ever clearer that it might be fatal for both Elwood and Turner to remain in Nickel, Turner begins to pick up an idealism of his own, an idealism just as strong and just as dangerous as Elwood’s.

Nickel is a brutal place, but Colson never lets the reader wallow in its brutality. The violence of Nickel happens mostly off the page, and we see it in the edges of images and telling details: the way that after Elwood is beaten, he keeps thinking about the sound of the leather strap scraping the ceiling; the way that when Turner can’t stand working anymore, he eats soap powder to make himself sick so that he can get a day off. But most insidious of all is the way that Nickel works its way into the heads of its captives, so that after a few months there, Elwood considers himself “ruined.”

“He was like one of those Negroes Dr. King spoke of in his letter from jail,” Whitehead writes, “so complacent and sleepy after years of oppression that they had adjusted to it and learned to sleep in it as their only bed.”

Framing everything is the story of the surviving Nickel Boys in the present day, after the truth of Nickel Academy comes out. “The boys were old men now,” Whitehead writes, “with wives and ex-wives and children they did or didn’t talk to, with wary grandchildren who were brought around sometimes and those whom they were prevented from seeing.” But when they come together, they find a kind of redemption: “If it is true for you,” they find, “it is true for someone else, and you are no longer alone.”

Nickel Boys is, in fact, pointedly straightforward and simple. It’s spare, with the plot stretched tight as a drum around a clean three-act structure. The argument between Elwood and Turner is so binary as to feel almost didactic in the beginning. The sentences have been sanded down to rhythmic, conversational fragments (“Perhaps the textbooks at the college might be new. Unscarred. Nothing to cross out. It was possible.”), and when Whitehead slips from Elwood’s voice to Turner’s and back again, he does it so smoothly that he tricks you into thinking that it’s effortless.

But all that simplicity is just part of Whitehead’s trick. There’s something else going on here, something terrible and heartbreaking, and when Whitehead at last eases it out into the open, he does it so beautifully that, reading, I found myself catching my breath.

Nickel Boys is more than the sum of its parts, and its parts are beautifully constructed to begin with. But as beautiful and thoughtful as it is, it never lets you forget that it is built around a true atrocity, around something that should never have happened. It’s a book that rests on top of almost 100 unmarked graves.