labor Workers of the World Unite (At Last)

Our world order, globalized from above, cries out for a globalized response from below, a new international fit for the purpose of system transformation in the twenty-first century 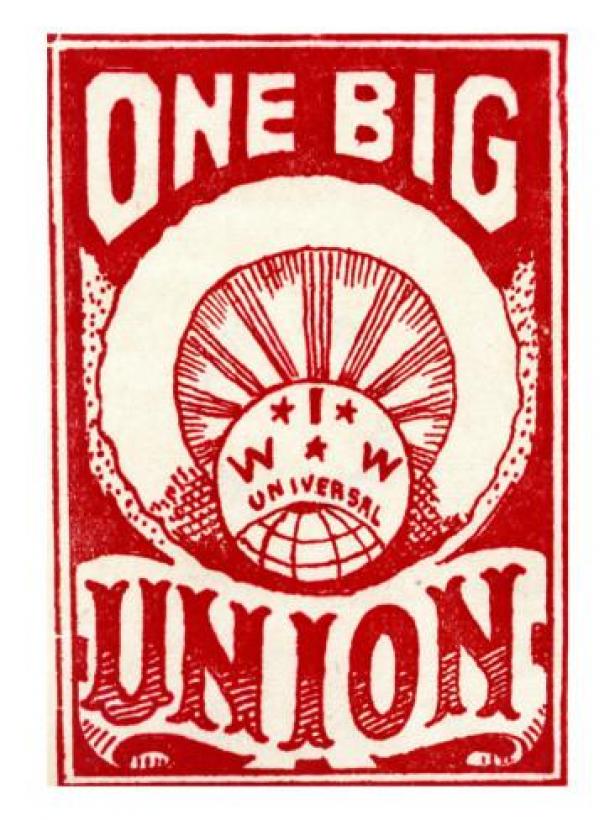 Neoliberal globalization presents many challenges to labor organizing. Increased mobility of capital has led to a sharp increase in relocation, outsourcing, and offshoring. Multinational corporations can threaten to close plants when workers request better wages, and executives can even pit their own workers against each other, going back and forth between plants to get local managers and workers to underbid each other in a race to the bottom. Labor, too, has become more mobile. Increased migration can bring new workers into a settled labor force, sometimes cutting wages and changing working conditions. Corporations can then stoke divisions across racial, ethnic, and linguistic lines to undermine the solidarity necessary to organize.

Labor faces these and myriad other obstacles in our rapidly changing, interconnected world. But globalization may have opened as many doors as it has closed. At the most basic level, online communication provides tools to organize across countries—imagine trying to organize a transnational strike a century ago. And digital media allows workers to see and hear each other, sharing stories that can foster global solidarity. That will become even easier over time, as translation software improves. Globalized capitalism may have created the basis for a new global working class, not only in material conditions but also in consciousness.  Unions have used globalization to their benefit by organizing transnational labor actions, forming new transnational structures, and fostering solidarity with migrant workers at home.

When corporations expand their operations across national border, unions may gain new leverage points for organizing. The workers of Irish budget airline Ryanair understand this well. Since 1984 when the company was founded, CEO Michael O’Leary had been a vocal opponent of union organizing, but workers didn’t listen. In mid-2018, they went on strike—starting in Ireland before spreading across the continent—for pay increases, direct employment, and collective labor agreements that comply with national labor laws. Management had tried to use its transnational status to play workers against each other, but instead it was confronted by a united cross-national organized labor force.

Labor has also showed strength by partnering with allies at different points along the globally dispersed production chain. Garment workers in global production chains are usually considered weak compared to hypermobile, high-profit companies like Nike. But such corporations are vulnerable to boycotts, as demonstrated in a successful campaign by US college students against sweatshops in the apparel industry, focused on worker organizing in Honduras. Transnational union resources focused on a particular industry or country have considerable power to deny market share and bolster demands at the point of production.

Globalization has also given rise to new organizing structures, as unions realize that old methods of operating can no longer suffice. Already in the 1960s, the International Trade Secretariats (today known as Global Union Federations) had begun to respond to the expansion of multinational corporations by forming World Company Councils. First established by the United Auto Workers and the International Metalworkers’ Foundation, World Company Councils coordinated the activities of the various national trade unions across a multinational corporation’s operations. However, they proved unable to create the stability and continuity needed to achieve the transnational collective bargaining power the unions hoped to develop.

By the 1990s, the international union strategy had shifted from promoting voluntary “codes of conduct” with multinational corporations and adding “social clauses” (including labor rights) to trade agreements to the more ambitious and comprehensive Global Framework Agreements (GFAs). An expression of transnational labor solidarity, GFAs bind a company’s global operations to the labor standards of the headquarters, usually based in Europe. Thus, gains won where labor is stronger can spread to where it is weaker. By 2015, 156 GFAs had been signed around the world, focused mainly on core workplace conditions and the right to collective bargaining.

Labor always need to develop new strategies, tactics, and organizational modalities. With “business as usual” organizing modes seen as no longer adequate, many trade union leaders began calling for global solidarity around the turn of century. They called into question labor’s “special status” alongside the state and employers—the famous tripartite modality of the International Labor Organization. If capital now organized itself predominantly as a transnational player, so, too, would the trade unions need to “go global.”

A significant manifestation of this shift is the emergence of global unions. In 2008, the United Steelworkers in the US merged with Unite the Union, the largest labor organization in Britain and Ireland. The new union, Workers Uniting, represented almost 3 million workers at its founding in the steel, paper, oil, health care, and transportation industries. Oil conglomerate BP and steel behemoth ArcelorMittal are both transnational. Now, their workers are transnational too, refusing to be pitted against each other in negotiations. Maritime workers, who have a built-in internationalism, have taken similar steps. In 2006, in response to the globalization of the shipping industry, the National Union of Marine, Aviation and Shipping Transport Officers in the UK developed a formal partnership with the Dutch maritime workers’ union Federatie van Werknemers in de Zeevaart, renaming themselves Nautilus UK and Nautilus NL respectively. Two years later, workers took the partnership a step further, voting to create a single transnational union: Nautilus International. In 2015, the United Auto Workers in the US and IG Metall in Germany joined forces to create the Transatlantic Labor Institute focusing on auto worker representation issues at the US plants of German auto manufacturers. In a decade’s span, transnationalism has entered the trade union mainstream as leaders embrace the possibilities opened up by globalization.

Further, the smartest unions are treating migrant workers not as a threat but as an opportunity. By making common cause with migrant workers, trade unions have deepened their democratic role, integrating migrant workers into unions and combatting divisive and racist political forces. In Singapore and Hong Kong, state-sponsored unions have recruited migrant workers to mutual benefit. In Malaysia, Building and Woodworkers International recruits temporary migrant workers to work alongside “regular” members of the union. Through such positive, proactive outreach, unions can counter the divide-and-conquer strategy on which anti-union management thrives.

Despite such bright spots, transnational labor organizing still faces many contradictions and pitfalls. The mismatch between the unlimited scale and complexity of the challenge and the limited resources available remains a chronic problem. Also, successfully organizing new layers of workers, including an informal and precarious global labor force, makes it harder to mobilize for action. These problems are not insurmountable for a nimble and strategic labor movement, but they must be addressed head-on.

In the formative stages of the labor movement, unions engaged actively with the broader political issues of the day, such as the call for universal suffrage. There is no reason why such larger concerns cannot again move to the center of labor’s agenda. Indeed, a host of economic, social, and environmental reasons make clear that broader concerns should form its backbone. The tradition of labor organizing known variously as community unionism, “deep organizing,” or “social movement unionism” has been making a comeback. Making that tradition transnational could open a new chapter in labor’s ongoing struggle against capitalism.

Ronaldo Munck, Dublin City University, is the author of Rethinking Global Labour: After Neoliberalism (Stanford UP 2019). He is a professor of political sociology and an active trade unionist. A longer version of this article was published on the Great Transition Initiative website.