Grammy-winning singer-songwriter Neil Young is calling on artists from across the music industry to highlight the plight of immigrant children at the U.S. border, using the children's own words published in court filings. 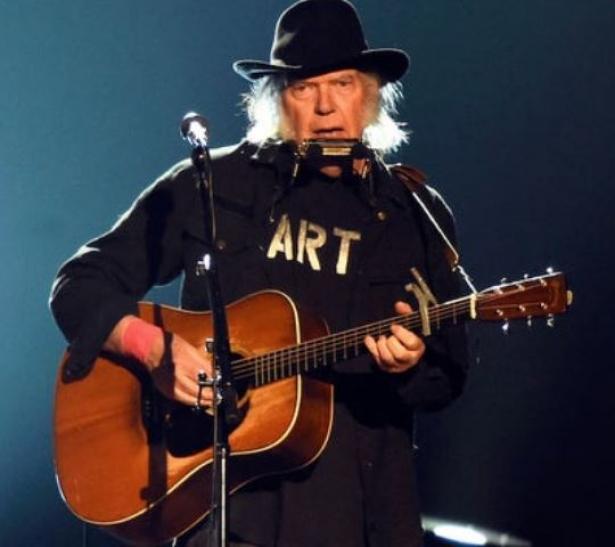 On Thursday, the artist known for songs like "Cinnamon Girl" and "Heart of Gold" published a call to action on his website asking fellow musicians to use these accounts to create music and spread awareness as part of Project Amplify.

"We are reaching out to you as musicians and artists who will embrace their stories with humility, openness, and respect, and find a way within the music community ... to amplify their voices and elevate the truth," Young wrote.

Along with his call to action, he included the lyrics to his 1968 song "I Am A Child."

"We believe that music is universal and the best manner in which these accounts can be shared and heard throughout the world," Young's message continues. "We also believe that the songs will keep the accounts and atrocities being perpetrated against these children in the minds of the public and will be a call to action."

A 16-year-old girl from San Miquel, El Salvador, said in the court filing that she was separated from her 20-year-old fiancé and 1-year-old daughter at the McAllen, Texas, detention center.

"They came and took our daughter and me out of the cell and separated my fiancé from us," she said. "We were all very upset. Our baby was crying. I was crying. My fiancé was crying. We asked the guards why they were taking our family apart and they yelled at us… They yelled at him in front of everyone to sit down and stop asking questions. We have not seen him since."

(MORE: Trump administration to lift limit on how long migrant kids can be detained )

An 11-year-old child from Ecuador came with two younger siblings, aged 9 and 7, before they were separated from their father.

Lawyers representing the children said they toured the McAllen, Texas, facility and others like it and found in many cases the kids were kept in freezing concrete cells with a single mylar blanket, without beds. They also found cases of unsanitary conditions, including no soap or toothbrushes.

U.S. border officials said the facilities were never designed to hold children for long periods of time and that they were overwhelmed by the tens of thousands of undocumented migrants arriving each month.

The Trump administration announced this week it wants to deter migration by detaining families until their asylum cases are fully processed.

Young is no stranger to using his music to make political statements. In 1970, he wrote "Ohio" in response to the Kent State shootings. In November, he battled with President Donald Trump over the use of his song "Rockin' in the Free World" at rallies.

"DT does not have my permission to use the song," he wrote. "Legally, he has a right to, however it goes against my wishes."