Followers and chroniclers of jazz have long known Detroit as the home and source of a host of the music's finest practitioners. This new book documents much of that history, bringing the story up to today. 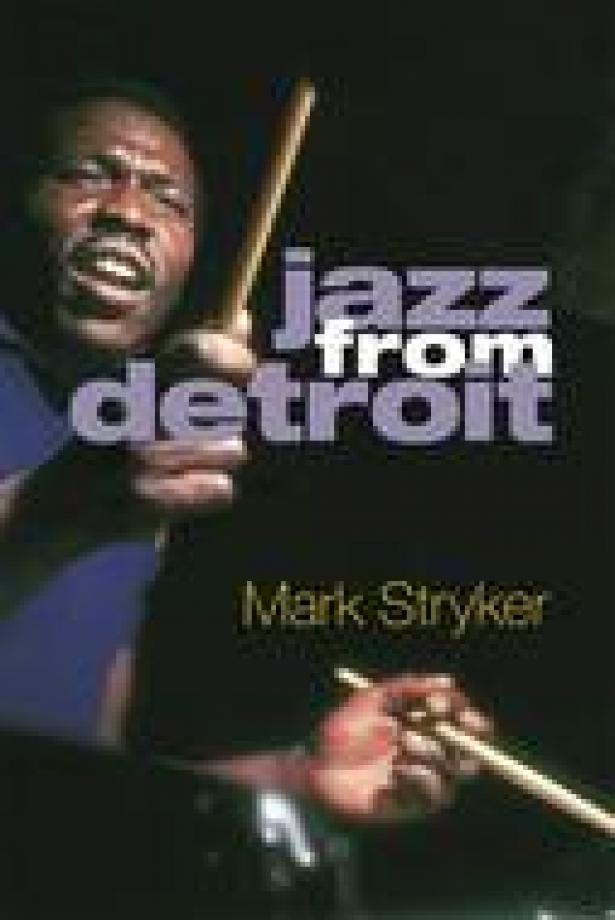 Ask the question, where does jazz happen, and the likely answer will be New York (or New Orleans, for the historically minded). No one is going to mention Detroit, not even dedicated jazz fans. But take out a piece of paper and write down the names of great and notable jazz musicians, and time and again their personal and/or musical home town will turn out to be the Motor City.

There’s nothing surprising about Detroit turning out so many excellent and important musicians, the surprise would be if it hadn’t. The city’s 20th century history is a model for how to create an environment for the great (Afro-) American music: a substantial black population that migrated from the South for the twin booms of manufacturing jobs across the two World Wars, a Black middle class sustained by stable and well-paying blue collar jobs, and conservatory-level music education in the city’s public high schools.

Of those three elements, the second now seems improbable and the third impossible. But both were true. In the era of progressive taxation and high marginal rates, money was spread around; the middle class had earning and spending power and public education was well-funded, making this country strong and secure. There was money for public projects, and roads and bridges were maintained (amazing what can happen when you throw money at a problem). Now we live in the time of the Caesars, and the aqueducts are crumbling.

At the delicate balance point when jazz was a commercially viable and popular art music, the Black population percentage of the city was in the mid-teens (among an overall population close to 2,000,000). Never as expensive as New York City, even when New York was relatively affordable for artists, Detroit had an ace in the hole in Cass Technical High School. Stryker points out that the school, part of the state of Michigan’s strong public education system during the mid-20th century, had a superior music program and took the training of young musicians seriously. There were bands, of course, but also classes in theory and harmony, and as it drew city students interested in music, so it had the kind of competitive population that has always been a constructive part of jazz.

The idea was not that some kids were worse, but that everyone wanted to be a better musician, and nothing but good comes out of more, better musicians. Stryker quotes Pepper Adams, one of the leading baritone sax players of the ’50s and ’60s, saying:

If you were a young musician and really aspired to make money playing your instrument, you had to get awful doggone good to be on a level to compete at all. I didn’t realize how true this was until I left Detroit and went to the army. Got out into the rest of the world and found out the standards elsewhere not nearly as high.

To this the great tenor saxophonist Joe Henderson adds, “You had to have your stuff together,”—Stryker quotes from a 1996 interview—“Detroit had the best listening audience. The audiences around Detroit were like musicians. I mean, they knew. No way to come up on the bandstand jiving. That could be injurious to one’s ego.” For those who have less interest in jazz than popular music, consider that Motown was a Detroit music for the reason that those musicians were made, like automobiles, by the particulars of the city.

Stryker outlines this picture directly through introductions to different eras in the city’s jazz history, and indirectly through the succinct critical musical biographies he writes on the city’s most notable musicians, from Kenny Burrell to Gerald Wilson. There is bittersweet nostalgia in reading all of these, that there was an era in which this country could sustain both a consumer economy and an art economy.

There is also a sense of tragic foreboding. That rock began to eclipse jazz in the 1960s is the least of what would happen to the music in Detroit. De facto and de jure segregation—social racism and political and legal policies like redlining and housing covenants—police brutality, the terrible 1967 riot, and decades of neoliberal economic policies on a national level unravelled the social and artistic fabric of the country as a whole and Detroit in particular. We can’t have nice things? It seems we can’t have anything.

Stryker’s book is, in the end, up to the moment. He goes through the city’s devastating contraction and 2013 bankruptcy, and sees the thread of jazz surviving through it all, even as promising musicians left the city for New York. He highlights young Detroiters, pianist Michael Mallis and saxophonist Marcus Elliot, and sees them and the slow revival of neighborhoods in the city as good signs for the future. That the new residents, like the Galapagos Arts Center, are mainly white people replacing the former black residents, and that non-jazz is replacing what jazz there was, points to a slower, but continued decline, that does not inspire confidence. Still, if nothing reverses contemporary trends, Detroit jazz has a fine tribute in this book.