"No president or presidential candidate has offered a proposal so bold and sweeping." 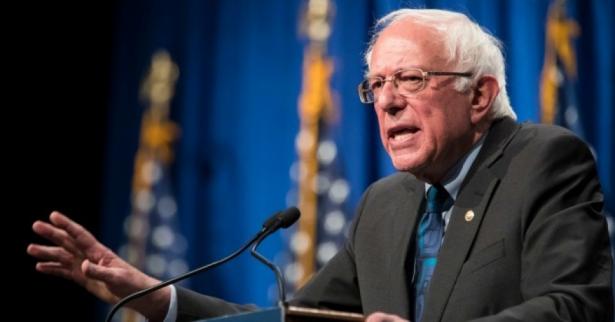 Unveiled in May, the Thurgood Marshall Plan for Public Education calls for "a transformative investment in our children, our teachers, and our schools, and a fundamental re-thinking of the unjust and inequitable funding of our public education system."

"No president or presidential candidate has offered a proposal so bold and sweeping, which directly addresses the fiscal starving of American public education at the same time that the federal government got into the business of regulating, mandating, and controlling the nation's schools and classrooms," declared Diane Ravitch, former U.S. assistant secretary of education and research professor at New York University.

Sanders aims to address "the serious crisis in our education system by reducing racial and economic segregation in our public school system, attracting the best and the brightest educational professionals to teach in our classrooms, and reestablishing a positive learning environment for students in our K-12 schools," according to his campaign.

"Bernie's strong and ethical education platform is exactly what I've hoped for," Jonathan Kozol, a National Book Award recipient and activist for public schools and racial equality, said Tuesday. "His courageous and unqualified support for racial integration of our public schools sets him apart from the timid and equivocating centrists who have put unprincipled consensus ahead of social justice in the primary campaigns."

Part of Sanders' education plan includes banning new for-profit charter schools. As Common Dreams reported earlier this year, he was the first candidate in the Democratic primary race to take that position.

"Ninety percent of parents in this country send their kids to public schools, and they want those public schools to be a top priority," Randi Weingarten, president of American Federation of Teachers (AFT) and another backer of Sanders' plan, said Tuesday. "That's why Sen. Sanders' plan to invest in public schools and provide real accountability over private alternatives is vitally important."

Weingarten, Ravitch, and Kozol were joined by dozens of other education leaders, union organizers, school reform groups, and college professors who endorsed Sanders' platform—as students and educators across the country kick off a new school year.