labor The Human Cost of a Cheap Manicure

Teen Vogue runs an op-ed column, No Class, dedicated to worker struggles and the American labor movement. This week's column focuses on the troubling working conditions at nail salons and the organizing efforts to change them. 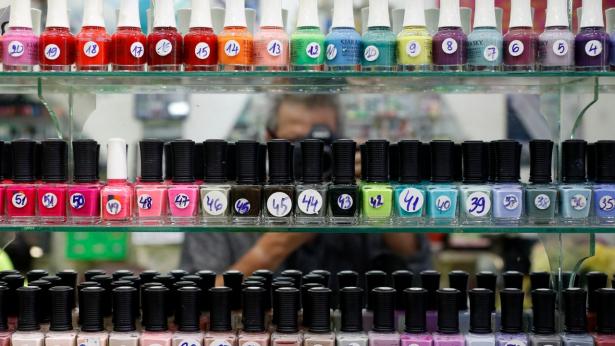 For some of us, going to get our nails done is a rare little treat; for others, it’s a regular ritual, or a professional obligation. With low prices and endless design options, a quick trip to the nail salon can feel like a harmless indulgence — but it’s important to remember that your pretty set of gels comes at a very real human cost. The nail salon industry has been built on the suffering of female employees, but now, those workers are organizing to change the course of their future.

Nail salon workers across the country — many of whom are Asian or Latinx immigrant women — are often subjected to unsafe working conditions and predatory employers who exploit their need for steady work. Wage theft is rampant within the industry, and in most places, these workers are already paid peanuts and treated with a lack of basic respect for the back-breaking labor they perform. Nail salon workers are generally classified as tipped workers or independent contractors, and are therefore exempt from federal and state minimum wage requirements; (employers are required to pay the difference). This means that a slow day at work can have dire consequences.

“The problem is that tips are unstable and clients don’t always leave tips, as well as the prices tend to be really low and thus results in low tips,” explains Glenda, who worked in nail salons for six years before becoming an organizer with the New York Nail Salon Workers Association (NYNSWA), in Spanish via an interpreter. “More than 33% of our members are single mothers and the sacrifice that they have to make every day [is] to leave their children with a babysitter, because they have to work six-seven days a week, 10-12 hours a day without the needed rest breaks. And they still don’t know if at the end of the week they’ll make enough to make ends meet, to pay rent or to have food on the table.”

The NYNSWA is a worker-led organization that seeks to win fair wages, safe working conditions, and dignity at work for its members, and to achieve public health, environmental and racial justice by working with the community, clients, and salon owners through their #HealthDignityJustice campaign. The organization’s members are based in New York City, but many commute to salons in neighboring states, some as far as two hours away. They work closely with nail salon worker organizations in California (where NYNSWA organizer Julie Xu says wage theft is less of an issue, perhaps due to the statewide $15 minimum wage) and also offer free training courses for nail salon workers to get their licenses.

The not-for-profit program includes four know-your-rights workshops and a low-literacy program for non-native English speakers, which has proven instrumental for providing worker education and gathering data. “We did a survey of 100 workers who came in for [NYNSWA] workshops or school, and 70% of them were experiencing wage theft, and a significant number of them were experiencing wage theft in the hundreds [of dollars] per week,” said Xu, who emigrated to the U.S. from China when she was a child and was drawn to this work to fight for justice for other immigrant women.

Glenda had initially taken the course solely to gain her license, but became inspired to become an organizer after realizing the ways in which workers were being exploited, and how widespread the problems they were facing were in the industry.

“We can’t be thinking about changing one salon at a time, when we’re talking about an industry with more than 30,000 nail salon workers,” she explains. “I realized we as nail salon workers needed to be organized and so I decided to dedicate myself full-time to organizing and motivating other workers so that we no longer have to stay silent because this impacts us not just economically, but also physically and mentally — and not just us individually but our families as well.”

The current political climate has made it even more difficult for the nail salon workers who are immigrants to feel comfortable speaking out about their mistreatment. Xu says that the Trump administration’s brutal immigration policies and the threat of ICE raids have sown a climate of fear within the community. According to one nail salon worker who has been in the industry for 14 years, that anxiety prevents workers from coming forward with pressing concerns like safety issues, wage theft or unethical employers. “Instead the worker decides to endure the exploitation in fear of losing their job or being deported,” she said in Spanish via an interpreter.

In addition to financial instability and concerns over being targeted for their immigration status, the nature of the work itself also take a heavy physical and mental toll on nail salon workers. Following a bombshell 2015 New York Times investigation into the nail salon industry in New York City, which exposed endemic labor and health violations, Governor Andrew Cuomo launched a Nail Salon Industry Enforcement Task Force. The statewide initiative directed salon owners to pay out more than $2 million in unpaid wages and damages and mandated new salon ventilation requirements as well as a directive to salon owners to provide “appropriate protective equipment” to workers, including masks, eye protection, and gloves.

However, according to both NYNSWA organizers I spoke to for this article, many salons still lack proper ventilation systems, and Xu says workers are often given inadequate safety equipment — or none at all. According to Glenda, these working conditions have led to eye problems, asthma, and reproductive issues for many workers, and there is a lack of enforcement and consequences to ensure that salon owners are complying with these new regulations.

“The longer you work in a salon, the higher the risk becomes to getting sick,” explains one nail salon worker, who has been working in the business for almost 15 years. After attending NYNSWA’s know-your-rights trainings, she realized that working with the types of chemicals to which workers are often exposed was harmful to her health. “I personally have developed allergies to specific chemicals that I consistently work with, [and] the long hours sitting is really bad for my back. By the end of the day I just can't [bear] the pain any longer.”

So what can nail salon clients do to support these workers?

“Definitely leave a big tip in cash, but at the same time, this isn’t a problem that can be solved by individual actors. The conditions we see and the issues we hear are industry-wide; it’s not something that a single client can tip away,” Xu said. “On an individual level, we hear more than anything from workers that they want to be treated with dignity and respect. Working there is not an easy job, it’s a stressful job, and the way a customer can contribute to the well-being of nail salon workers is they say they want to be treated as human beings, and not machines.”

For now, September 10 will be a rallying cry for a movement that’s only getting started, and an opportunity for nail salon clients to lend their support at a crucial moment. That’s when the NYNSWA will be holding a worker speak-out in front of a Bronx location of Envy, a New York City-based nail salon chain. Envy was accused in a class action complaint filed in 2013 of wage theft. The case was settled in 2016 for an undisclosed sum.

Teen Vogue reached out to a lawyer for Envy for comment. The company had denied the allegations in court documents.

“I have nearly no free time due to the many hours one has to work in this type of work; it takes up so much of your time you feel a slave to it,” the anonymous nail salon employee said, explaining how stressful it is to care for her family while doing such demanding labor. She and her coworkers are calling to be paid what they’re owed, for proper ventilation, for mandatory health and safety trainings, and for a safe place to eat lunch, since they currently end up eating at their workstations, amidst the chemical fumes.

“There still isn't a healthy salon where workers are being treated with dignity and justice,” Glenda said. “We will continue to raise our voices until there is and we ask people to join with nail salon workers in calling for a healthier and just nail salon industry!”

Editor's Note: The interviews with Glenda and the anonymous nail salon employee were translated by Claudia Sáenz at NYNSWA.

Want more from Teen Vogue? Check this out: How American Workers Won the Eight-Hour Workday

[Kim Kelly, the labor columnist for Teen Vogue is a former music editor at VICE.]