It’s one of the 20 largest workforces to unionize in the country this year. 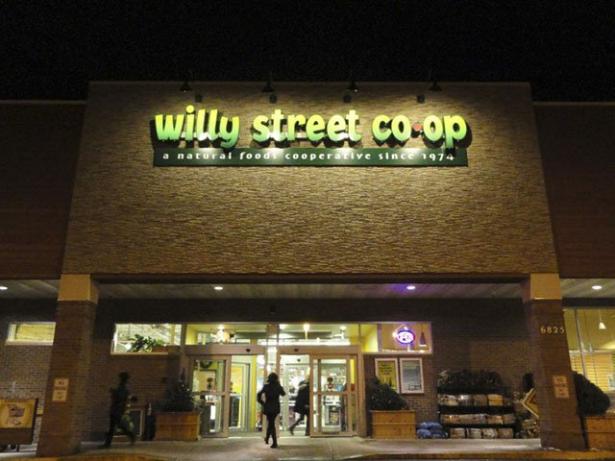 Workers at all three of the Willy Street Co-ops' grocery stores and its off-site kitchen and central office voted to unionize., Carolyn Fath Ashby

Workers at the Willy Street Co-op just became one of the largest workforces in the country to unionize this year.

In an election overseen by the National Labor Relations Board (NLRB) on Sept. 3 and 4, more than 86 percent of workers — 249 to 40 — voted in favor of unionization. Until this week, these workers made up the largest non-unionized workforce at a food cooperative. They are now represented by the United Electrical, Radio and Machine Workers of America (UE).

Of the 650 union elections held and documented by the NLRB this year, Willy Street Co-op is among the largest 20 workforces to unionize — and one of the largest to successfully unionize in Wisconsin in more than two years with a NLRB election (although, there have been larger non-NLRB unionization efforts).

Under Gov. Scott Walker, the state became increasingly hostile to unions. In 2011, the state eliminated most collective bargaining rights for public employees and in 2015, Wisconsin became a “right-to-work” state, meaning that union membership cannot be compulsory. Since 2011, the state has seen union activity decline by more than 53 percent.

UE, which represents private and public-sector workers in the U.S., describes itself as an independent, rank-and-file union in which members “set the policies of the union and make all of the decisions of importance that affect their own local unions.” This unionization drive was organized by workers representing all nine grocery departments at the Co-op that formed an organizing committee of over 70 employees, according to committee member Sara Andrews. The union will represent non-managerial workers at all three retail locations as well as the organization’s off-site kitchen and central office.

The Co-op workers’ campaign for union representation developed in response to a disciplinary policy in which employees accrue “points” for attendance violations, including clocking in late and missing work due to illness — with enough points resulting in termination. This kind of attendance policy, termed a “no-fault” policy, has come under fire by the American Civil Liberties Union for allegedly violating the Pregnancy Discrimination Act, and a class action lawsuit against AT&T Mobility argues that the policy may also violate the Americans with Disabilities Act and Family and Medical Leave Act.

Although Co-op workers cite the attendance policy — which went into effect in early summer — as the catalyst for unionizing, the scope of the campaign reaches beyond the controversial “no fault” policy.

“People were spurred to action due to the attendance policy, but that is really only a small part of our cause,” says Korey Peterson, who works in the produce department at Willy Street North. According to Peterson, the workers’ organizing platform includes protections for workers facing harassment, increased wages and benefits, and worker participation in managerial decision making.

Andrews, representing Willy Street North’s juice bar, says that the attendance policy “is a small part of the bigger problem of corporatization” at the Co-op. Andrews characterizes the unionization push as an effort to align the Co-op with its progressive principles. “Progressivism can’t just be a PR tool. If [the co-op] can’t execute its values, a union will push them to do so. That’s why a union is necessary,” says Andrews.

Given the seemingly intersecting goals of cooperatives and unions — including democratic governance and worker participation — union activists like Andrews say that food co-ops and unions make a natural fit. Others argue that the nature of food co-ops make unionization efforts redundant. A blog post by the Cooperative Grocer Network (an organization that Willy Street Co-op belongs to) states that “co-ops have not historically been viewed as workplaces that needed outside third parties to provide fairness and a voice for employees.”

And yet, as grocery co-ops grow in size, co-op workers across the United States have increasingly pushed to unionize their workplaces. Co-op workers in Minneapolis, New York and Pennsylvania organized unionization drives in the last five years.

The 2019 unionization campaign at Willy Street Co-op is the second time that Willy Street employees have pushed to form a union. In 2014, before the Co-op opened its north side location, workers filed to join the United Food and Commercial Workers (UFCW) but lost their election — held only at the west side location —  by a few percentage points.

Whereas the 2014 union drive became public over a month before the scheduled election, this year’s campaign grew “underground” until shortly before the election, according to organizing committee member Bjørn Thorson, who initiated the 2019 campaign. The union campaign grew rapidly after June 1, when Thorson contacted UE representative John Ocampo. By the time employees signed cards with UE in late August, the organizing committee consisted of more than 70 of roughly 360 employees.

After workers signed cards with UE, the Co-op circulated a letter addressed to employees, penned by General Manager Anya Firszt. The letter, which was widely circulated on Facebook and neighborhood email lists, posed several questions including “How much will the union take from your paycheck?” and “How will the work environment change?” A subsequent internal memo, posted to an employee chat board, stated that “the fact of the matter is that the union cannot guarantee you, as a valued employee of Willy Street Co-op, anything.” (Firszt was not available for comment).

Thorson says that the union plans to move quickly into negotiations with management. On its website Wednesday, the Co-op management acknowledged the vote and wrote that it will work with the union moving forward.

[Editor's note: This article has been updated to clarify that the Willy Street Coop unionization effort was one of the largest in Wisconsin to utilize the NLRB in the past two years. There have been larger unionization efforts that did not use this process, including for employees at the Fiserv Forum in Milwaukee. It also incorrectly stated that 320 employees were eligible to vote for the union; there were 360 eligible employees.]