Trade unions representing hundreds of millions of people around the world have come out in support of what is expected to be the biggest climate mobilization the world has ever seen. 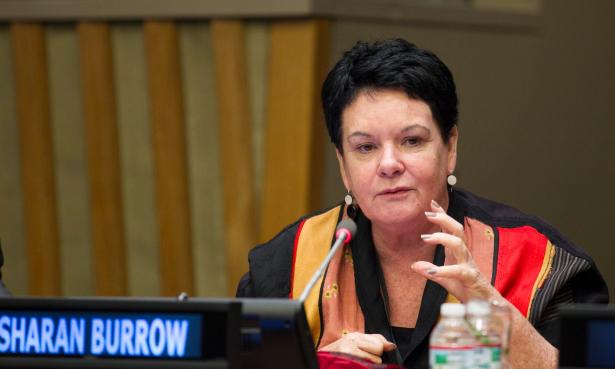 Trade unions representing hundreds of millions of people around the world have come out in support of what is expected to be the biggest climate mobilisation the world has ever seen.

The global climate strike on Friday is set to see thousands of walkouts and demonstrations in cities on every continent except Antarctica.

For the first time adults, businesses and trade unions have been asked to join the youth climate campaign which has grown in just over 12 months from one teenager’s solo protest outside the Swedish parliament a year ago to a millions-strong movement of young people demanding radical action.

College students and school children are expected to be joined by adults at more than 4,500 demonstrations in at least 130 countries on Friday as young and old, rich and poor take to the streets to demand politicians urgently tackle the climate crisis.

Sharan Burrow, general secretary of the International Trade Union Confederation, said its 200 million members in countries from South Africa to Germany, Mozambique to Turkey would stand shoulder to shoulder with the students.

“The solidarity of the trade union movement globally is behind you,” she said. “The ITUC, with over 200 million members around the world, is totally in support of your leadership.”

Burrow said her members would strike alongside students in the streets where the local laws allowed, and where that was not possible trade unionists would take “stop work action” or stage other forms of protest and workplace campaigns to demand radical climate action.

Strikes and supporting actions are being planned by unions in scores of countries from the UK to South Africa, Italy to Australia, Brazil to the Philippines.

“You need to know that your stand is our stand,” she said. “This is the challenge of our future. For unions we have been saying for a very long time, there are no jobs on a dead planet.”

It remains up to individual trade unions to decide what action to take and organisers say it is unclear exactly how many trade unionists will take to the streets alongside the students on Friday. But the backing of some of the biggest and most powerful workers’ groups in Europe, North and South America, Asia and Africa is a significant boost for the climate movement.

Jake Woodier, from the UK Student Climate Network, said: “Unions have a rich history of fighting for progress, so for the global climate strike to have the backing of The International Trade Union Confederation adds massive weight behind our calls for taking immediate action.”

In the UK there are now over 200 demonstrations planned for Friday – the biggest mobilisation to date – and the Trades Union Congress last week urged its members to back the global strike with a “workday campaign action” with workers staging walkouts, joining demonstrations or holding environmental workshops.

In New York, Greta Thunberg, the Swedish teenager who started the youth climate movement, will join students and adults ahead of a key UN climate summit taking place in the city next week. The demonstrations were given a boost after New York public schools said pupils could leave lessons to join the strike without being penalised.

The New York demonstrations will culminate with protesters surrounding the UN Climate Summit on Tuesday, when world leaders meet in an attempt to step up action.

But organisers say time is running out and are calling on everyone who is alarmed by the unfolding ecological crisis to join Friday’s demonstrations and send a clear message to politicians around the world.

Woodier said: “We need ambitious plans – like a Green New Deal – that will tackle climate breakdown while making our societies more equal. To achieve climate progress we need everyone to take action before it’s too late.”

Friday’s global strike marks the start of a week of climate protests around the world, culminating in a second global day of action, labelled Earth Strike, on 27 September.

Leila Alam, 13, from Lahore in Pakistan, has been campaigning for clean air and water and said everyone should join Friday’s protests wherever they are.

“We really want Pakistan to play its proper role in controlling climate change and to make sure we can adapt and not be unprepared for the coming challenges we have been warned of.”

Jerome Foster II, a 17-year-old from Washington DC, agreed: “We are calling on everyone to join us. We need a truly diverse and multi-generational movement, made of people from all ages and backgrounds, not just the youth.

“We need adults to stand up and call for action and to support young people and do things that young people can’t do. We should be fighting for our future.”