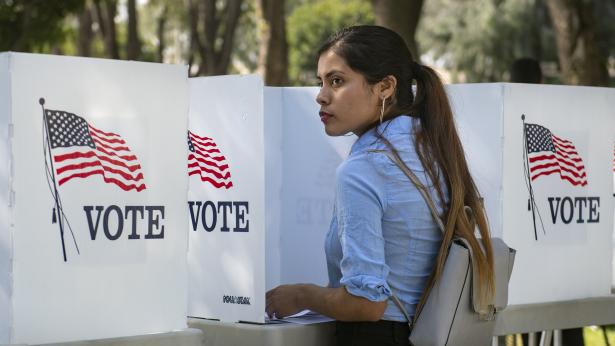 An eternal question for anyone trying to win an election is how to get voters to show up for the polls. With youth voter turnout closely eyed in each cycle, one state has put together a vision to boost that key demographic.

In September 2016, California started to offer voter pre-registration to eligible 16- and 17-year-olds. It wasn’t voting outright, but it was a chance to get set up so that when their 18th birthday came, voters were ready to cast a ballot. By March of 2018, California had pre-registered nearly 90,000 people. Last September, the program announced more than 200,000 pre-registrations. And now, for National Voter Registration Day 2019, California secretary of state Alex Padilla told Teen Vogue that the “wildly successful” program has surpassed 400,000.

“And that was a non-presidential election,” Padilla noted. “I’m excited about California’s future.”

It was in a school Model Legislature and Court club that Xitlaali Castellanos, a 17-year-old senior from Salinas, first found out about pre-registration.

“When I entered this program, I entered just because I needed an extracurricular activity, and my friend was taking part of it, and it seemed like so much fun because that’s what she told me,” Xitlaali told Teen Vogue. “Through this program, I realized I could take part in my community. I could make it better.”

Xitlaali is part of a delegation that runs her school’s voter pre-registration efforts. They’re just starting their third year of the program, and she told Teen Vogue they’ve registered over 1,000 students already. The Monterey County Board of Elections told Teen Vogue in an email that, in their county, "nearly 58% of all high school registrations and pre-registrations over the past three years are the result of the efforts of this group."

“In Salinas, 30% of our population is under the age of 18, and a lot of us don’t understand that we do have a voice,” she said of her work. “Part of my motto is that I need to increase youth advocacy.”

“Last election, one of my closest friends turned 18, and I remember him being really excited,” she said. “He had to go to the polls at night, and he told me later he was the last person there, and he told me that it was so exciting to be able to voice his opinion. I’ve seen them go to the polls. I’ve heard their stories about how empowering it is.”

16 & 17 year olds should add pre-registration to their back to school checklist! Watch @CASOSvote's "Our Time is Now" PSA #VoteCalifornia pic.twitter.com/auzZOs4xGy

Increased youth advocacy through activism may be playing a role in the surging voter pre-registration numbers, according to Secretary Padilla.

“We were coming along pretty well,” he said of the program’s early days. “In any given week, maybe a few hundred [pre-registrations]. In a good week, more than a thousand pre-registering. Then, Parkland happened.”

“After Parkland, there was a big bump — that’s sustained ever since — of the rate of young people pre-registering to vote,” he explained. “It went from a couple hundred on a given week to consistently more than a thousand.”

Pre-registration also saw a lift after it was added to the new Motor Voter automatic voter registration system at the DMV, following a move Oregon made.

“Any Californian who’s eligible to vote: When they apply for or renew their driver’s license or their state ID through the DMV, then if they’re eligible, they’re added to the voter rolls unless they chose to opt out,” Padilla said, explaining that the automatic system was extended to include pre-registration for 16- and 17-year-olds.

“In California, you can get your driver’s license when you turn 16, so we didn’t want to miss out on all the young people coming in to get a license —or even a state ID — at 16 or 17,” he said.

“I was testing to get my driver’s license and was offered to pre-register during that process, and once I heard about it, I did it right away,” he told Teen Vogue, saying it was just like being asked if he wanted to be an organ donor. “It was a surprise to me. I didn’t know that there was voter pre-registration, but once I heard about it through them, I wanted to do it.”

James worked on a video he said was part of the pre-registration program’s social media outreach, and he also believes the shooting at Marjory Stoneman Douglas High School in Parkland, Florida, had a big impact on his peers.

“I feel like after seeing these issues firsthand, my peers are starting to understand how much we need to fix together, and how fast it needs to be fixed,” he said. “Because, I mean, there’s a lot of things that we need to take care of and if we don’t pursue these changes, then who else will?”

“We as young people will have to live with the mistakes of the past, and those mistakes could be decisions we could influence together,” he said. 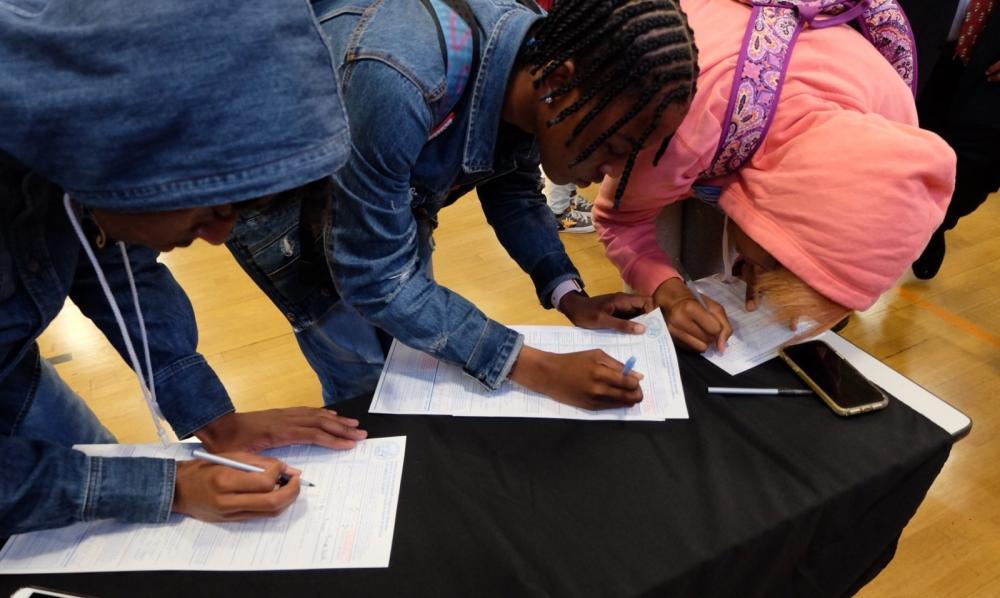 Research suggests that voting may indeed be habit-forming, meaning that influence could be manifested in 2020. Padilla is hopeful that the turnout rate in the presidential election for voters who were pre-registered will be significantly higher thanks to the state’s program.

James agrees that 2020 — the first presidential election he’s eligible to vote in — will be a big moment, telling Teen Vogue, “This is the first time I really feel like I need to be engaged in everything that’s going on. And it’s great.”

Xitlaali said not everyone she knows is as enthusiastic about taking part in an election.

“When I talk to other students, my friends who do not take part in this program, half of them [say], ‘I have to vote because I’m 18,’ and the other half [say], ‘I’m not gonna vote because it’s useless.’ And for me, that really does hurt me because I realized my community doesn’t understand that their voice is important.”

“Going to the polls isn’t just about marking a checkbox,” Xitlaali said. “It’s about thinking, 'If this legislation passes, what is this going to do to my community?'”

“When you look at every single person here, everybody wants to make their lives better, and they don’t know how,” she said. “And so by doing this, by pre-registering people to vote, by going to classes, by explaining that votes do count — it makes it a little better.”

Padilla says that any interested students across the country should visit their secretary of state’s website to see if there’s a pre-registration program and “demand one” if not, highlighting the extensive model California has provided online.

Lucy Diavolo is News and Politics News Editor For TeenVogue