A loophole Bill Clinton opened not only gives corporations a tax break, it focuses them on short-term stock movements at the expense of workers and the economy. 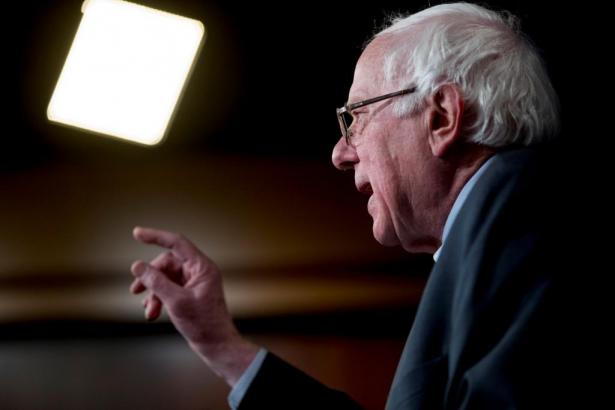 Bernie Sanders’s proposal to tax companies that pay their CEOs more than 50 times the average worker (something the Prospect’s Harold Meyerson proposed in our magazine five years ago) would discourage pay packages that have grown outrageously in the past 30 years. It would also right a historically massive error that also dates back nearly three decades.

In the 1992 election, Bill Clinton campaigned on rolling back exorbitant CEO pay, which had more than tripled just during the George H.W. Bush administration. As president, Clinton figured out a way to do this through the tax code. Under the laws of the time, all compensation for CEOs and every other worker could be deducted from corporate taxes as an ordinary business expense. Clinton added a provision to his 1993 budget that capped deductions for CEO compensation at $1 million. Every other dollar would get taxed at the corporate rate, in what was thought would create incentives to keep CEO pay down.

But the law contained a giant loophole. All so-called “performance pay” would be exempted from the $1 million cap. That included bonuses and stock options. The theory was that paying CEOs for performance would ultimately be good for the economy, and worth shifting the compensation into those types of awards.

That proved to be a colossal error. Within the space of Clinton’s two terms, total CEO compensation shot up another four times, from $4.9 million in 1992 to $20.3 million in 2000. Base salary froze while bonuses and stock grants took off. Even worse, the new rule aligning CEO pay with stock performance created what’s become known as “short-termism,” where top executives focus only on short-term moves of the stock price rather than building a durable business. Financial engineering became the CEOs’ central task; their job was to create higher dividends and share buybacks (which paid off the CEO along with the other investors). CEOs resorted to cutting labor costs to increase “earnings per share,” the metric that Wall Street loves. Short-termism also increases recklessness in a grab for immediate profits.

Because the stock market isn’t the economy, none of these measures necessarily improve the fortunes of workers or communities. But they make CEOs rich, and the tax code incentivizes it. It’s a combination of two really objectionable policies: tax breaks for wealthy corporations, and incentives for investor cash grabs. And it was signed into law by a Democratic president.

Sanders isn’t seeking to close the performance pay loophole with his latest policy, known as the Income Inequality Tax Plan. But in some ways it would cancel out its worst effects. Thanks to Dodd-Frank, public companies must report the pay ratio between the company’s CEO and its median worker, which is how we know that Walmart CEO Doug McMillon made 1,076 times more than the typical Walmart worker, and Home Depot’s Craig Menear made 486 times more than his employees. Sanders takes that information and operationalizes it.

Under his proposal, any company paying more than a 50:1 ratio to its CEO would face a higher corporate tax rate of 0.5 percent. This rises to 1 percent after a 100:1 ratio, 2 percent after 200:1, 3 percent after 300:1, 4 percent after 400:1, and 5 percent for anything above 500:1. The plan applies to privately held as well as public companies with more than $100 million in annual revenue, so only large corporations. Because we don’t have a mechanism for capturing CEO/worker pay ratios for private companies, that disclosure would be mandated in the Sanders plan.

To give a sense of what this would mean, last year alone Walmart would have had to pay $793.8 million more in taxes under this plan, and Home Depot an additional $538.2 million. Walmart and Home Depot could theoretically turn all their lowest-paid clerks and greeters into independent contractors to take them out of the ratio, but the Sanders campaign vowed anti-avoidance rules aimed at precisely these kinds of workforce changes.

Overall, Sanders’s campaign envisions that this proposal would raise $150 billion in corporate revenue over the next ten years. For context, the CEO “performance pay” loophole, according to a 2013 analysis by the Joint Committee on Taxation, costs taxpayers $50 billion over ten years. So the first ten years of the Sanders plan would cover nearly 30 years of revenues lost to the performance pay model.

The most obvious strategy for corporations to avoid the tax is to pay their CEOs less and their workers more. In fact that’s a goal of the Sanders plan, which aims to “send a message to corporate America: stop paying your workers inadequate wages while CEOs make outrageous compensation packages.” If the plan is enacted, it could help remedy the other consequence of the Clinton performance pay loophole. Smaller compensation packages that break the link between CEO compensation and stock movements could spur companies to operate differently.

Of course, the Sanders proposal is a bit of a bank shot compared to just closing the performance pay loophole altogether. Senators Jack Reed (D-RI) and Richard Blumenthal (D-CT) introduced such legislation six years ago, and it has strong public support. In 2008, Congress actually did away with the loophole, but only for banks taking bailout funds, which had to cap all deductions for executive compensation at $500,000, with no performance pay loophole. This is why banks aggressively moved to repay bailout money. And banks returned to enjoying the loophole right afterwards. We could have just kept those restrictions in place, and extended them to all companies, permanently. We could do that now.

Another way to attack this, as Dean Baker points out, is through reforming corporate governance. CEOs don’t set their own salaries, corporate boards do, but sadly, CEOs often handpick the allegedly “independent” board members, who bow to the CEOs’ wishes. Reforms like those Sanders and Elizabeth Warren have proposed, to give workers a percentage of seats on corporate boards, could break the cozy symbiotic relationship CEOs have with individuals supposed to oversee them. You could also strengthen “say on pay” laws that let shareholders vote on executive pay packages. Right now that vote is advisory only, but new laws could make it mandatory and binding.

Taxing companies that let their CEO run away with excessive loot addresses important issues around inequality and corporate shamelessness. But targeting the distortions that aligning CEO pay to stock prices has produced would require rethinking the tax system, and indeed the power structure, for corporate America.