Photographer Dawoud Bey has been taking portraits of a wide range of African American subjects for decades. His powerful, but apparently unassuming style imprints on our minds the beauty of everyday people. 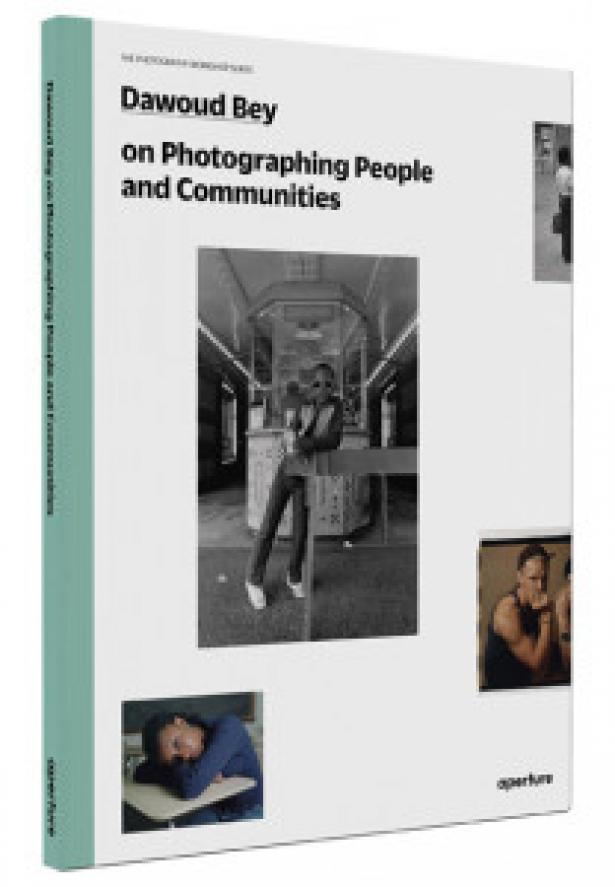 Dawoud Bey opens his new book, Dawoud Bey on Photographing People and Communities, with a section entitled “People in Front of the Camera”. The narrative front to back is, in essence, as simple as this title and opening section would suggest. Over the course of his 40-year career, Dawoud has taken portraiture and never, seemingly, dressed it in much more than that. “My ideas have largely centered on the human subject; I’m interested in visualizing the human community in a broad range of contexts,” he writes. “The strategy and context may change, but it’s always a person or people sitting or standing in front of the camera. Pictures of people in front of a camera—that describes everything that I’ve done for forty years, every single picture.”

Share this article on
Born in Jamaica, Queens, in 1953, Dawoud grew up curious about notions of identity and community. America’s prevailing norms, tensions, violence. His first camera originally belonged to his late godfather; handed to him by his godmother on their way out of her house after the funeral. “Getting that camera, for no reason that was apparent to me, sparked my imagination. I decided I needed to figure out how to use it,” he writes. “I took a class at the Y and started buying photography books and magazines to educate myself about what one does with all the numbers on the lens and the side of the camera. It turns out that as you change the shutter speed from 1/30th to 1/250th, the shutter opens and closes either quicker or slower. That’s how I started.” So began a career of photographing with immense empathy, truth and respect for the subjects he met on the street. Without agenda, or exaggeration.

As a teenager Dawoud discovered the work of Richard Avedon via the back page of the The New York Times. He travelled into Manhattan alone -- “There was no one in my neighborhood I could ask: ‘Hey Tyrone, want to go to 57th Street and check out Richard Avedon?’” -- to see his photography at the Marlborough Gallery. “Once I got there, I was blown away by Avedon’s portraits,” he writes. “It was clear from seeing his photographs that the surface contains rich information and could provoke a strong response. I was struck by how the portraits convey a credible sense of identity as the person is isolated in the blank, white background. To me, this is what makes a photograph of a person, a portrait.”

Where Richard Avedon elevated things so that beauty cohabited with inaccessibility, Dawoud never strays from reality. Dawoud’s images can’t be considered akin to one thing, trend, idea. They don’t sensationalise. But they do always seem to convey wonder, even if they’re not actively looking for it. A photo young girl with a knife-shaped nose ring staring right into the viewer’s eyes can be found towards the middle of this new book -- taken from the series “Black-and-White Type 55 Polaroid Street Portraits” -- opening a section entitled “Photographer and Subject”. The images in this series, Dawoud writes, were taken on a 4-by-5 camera -- a much slower and laboured process than with a handheld camera. “Slowing down allowed for a much more collaborative process” he writes, and using Polaroid Type 55 film allowed to make both an instant print to give to the subject and a reusable negative, to make the finished photograph. “I continued to photograph African American subjects; it was part of my agenda to make the black subject a visible presence in my photographs, and in doing so, give them a presence in the tradition I was working within and ultimately a place on the walls of galleries and museums when the work would be exhibited.”

Perhaps his greatest power as an artist lies here. In his ability to make work that changes the world without straying from complete normality. The photographer Brian Ulrich, a student of Dawoud’s at Columbia College in Chicago, details in the book’s introduction the kind of teacher Dawoud was to him and his peers and surmises the secret to his long, fruitful career: “he made us aware of the obstacles ahead of our work in a way that helped us to see and respond to the difficulties of contributing something new in a medium long trafficked by others before us”.