As a capitalist, I believe it’s time to say out loud what we all know to be true: Capitalism, as we know it, is dead. 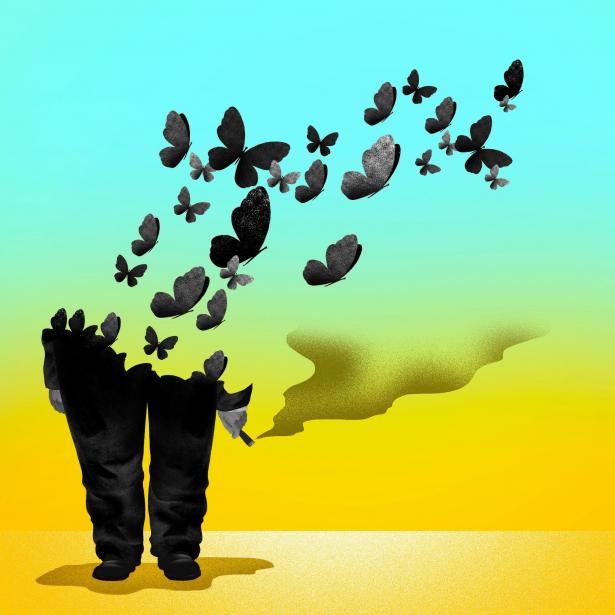 Capitalism, I acknowledge, has been good to me.

Over the past 20 years, the company that I co-founded, Salesforce, has generated billions in profits and made me a very wealthy person. I have been fortunate to live a life beyond the wildest imaginations of my great-grandfather, who immigrated to San Francisco from Kiev in the late 1800s.

Yet, as a capitalist, I believe it’s time to say out loud what we all know to be true: Capitalism, as we know it, is dead.

Yes, free markets — and societies that cherish scientific research and innovation — have pioneered new industries, discovered cures that have saved millions from disease and unleashed prosperity that has lifted billions of people out of poverty. On a personal level, the success that I’ve achieved has allowed me to embrace philanthropy and invest in improving local public schools and reducing homelessness in the San Francisco Bay Area, advancing children’s health care and protecting our oceans.

But capitalism as it has been practiced in recent decades — with its obsession on maximizing profits for shareholders — has also led to horrifying inequality. Globally, the 26 richest people in the world now have as much wealth as the poorest 3.8 billion people, and the relentless spewing of carbon emissions is pushing the planet toward catastrophic climate change. In the United States, income inequality has reached its highest level in at least 50 years, with the top 0.1 percent — people like me — owning roughly 20 percent of the wealth while many Americans cannot afford to pay for a $400 emergency. It’s no wonder that support for capitalism has dropped, especially among young people.

Sign Up for Debatable
Agree to disagree, or disagree better? The Times presents the sharpest arguments on the most pressing issues of the week, from new and familiar voices.
SIGN UP

To my fellow business leaders and billionaires, I say that we can no longer wash our hands of our responsibility for what people do with our products. Yes, profits are important, but so is society. And if our quest for greater profits leaves our world worse off than before, all we will have taught our children is the power of greed.

It’s time for a new capitalism — a more fair, equal and sustainable capitalism that actually works for everyone and where businesses, including tech companies, don’t just take from society but truly give back and have a positive impact.

First, business leaders need to embrace a broader vision of their responsibilities by looking beyond shareholder return and also measuring their stakeholder return. This requires that they focus not only on their shareholders, but also on all of their stakeholders — their employees, customers, communities and the planet. Fortunately, nearly 200 executives with the Business Roundtable recently committed their companies, including Salesforce, to this approach, saying that the “purpose of a corporation” includes “a fundamental commitment to all of our stakeholders.” As a next step, the government could formalize this commitment, perhaps with the Security and Exchange Commission requiring public companies to publicly disclose their key stakeholders and show how they are impacting those stakeholders.

Unfortunately, not everyone agrees. Some business leaders objected to the landmark declaration. The Council of Institutional Investors argued that “it is government, not companies, that should shoulder the responsibility of defining and addressing societal objectives.” When asked whether companies should serve all stakeholders and whether capitalism should be updated, Vice President Mike Pence warned against “leftist policies.”

But suggesting that companies must choose between doing well and doing good is a false choice. Successful businesses can and must do both. In fact, with political dysfunction in Washington, D.C., Americans overwhelmingly say C.E.O.s should take the lead on economic and social challenges, and employees, investors and customers increasingly seek out companies that share their values.When government is unable or unwilling to act, business should not wait. Our experience at Salesforce shows that profit and purpose go hand in hand and that business can be the greatest platform for change.

Legislation to close loopholes in the Equal Pay Act have stalled in Congress for years, and today women still only make about 80 cents, on average, for every dollar earned by men. But congressional inaction does not absolve companies from their responsibility. Since learning that we were paying women less than men for equal work at Salesforce, we have spent $10.3 million to ensure equal pay; today we conduct annual audits to ensure that pay remains equal. Just about every company, I suspect, has a pay gap — and every company can close it now.

For many businesses, giving back to their communities is an afterthought — something they only do after they’ve turned a profit. But by integrating philanthropy into our company culture from the beginning — giving 1 percent of our equity, time and technology — Salesforce has donated nearly $300 million to worthy causes, including local public schools and addressing homelessness. To me, the boys and girls in local schools and homeless families on the streets of our city are our stakeholders, too. Entrepreneurs looking to develop great products and develop their communities can join the 9,000 companies in the Pledge 1% movement and commit to donating 1 percent of their equity, time and product, starting on their first day of business.

Nationally, despite massive breaches of consumer information, lawmakers in Washington seem unable to pass a national privacy law. California and other states are moving ahead with their own laws, forcing consumers and companies to navigate a patchwork of different regulations. Rather than instinctively opposing new regulations, tech leaders should support a strong, comprehensive national privacy law — perhaps modeled on the European Union’s General Data Protection Regulation — and recognize that protecting privacy and upholding trust is ultimately good for business.

Globally, few nations are meeting their targets to fight climate change, the current United States presidential administration remains determined to withdraw from the Paris Agreement and global emissions continue to rise. As governments fiddle, there are steps that business can take now, while there’s still time, to prevent the global temperature from rising more than 1.5 degrees Celsius. Every company can do something, whether reducing emissions in their operations and across their sector, striving for net-zero emissions like Salesforce, moving toward renewable energies or aligning their operations and supply chains with emissions reduction targets.

Skeptical business leaders who say that having a purpose beyond profit hurts the bottom line should look at the facts. Research shows that companies that embrace a broader mission — and, importantly, integrate that purpose into their corporate culture — outperform their peers, grow faster, and deliver higher profits. Salesforce is living proof that new capitalism can thrive and everyone can benefit. We don’t have to choose between doing well and doing good. They’re not mutually exclusive. In fact, since becoming a public company in 2004, Salesforce has delivered a 3,500 percent return to our shareholders. Values create value.

Of course, C.E.O. activism and corporate philanthropy alone will never be enough to meet the immense scale of today’s challenges. It could take $23 billion a year to address racial inequalities in our public schools. College graduates are drowning in $1.6 trillion of student debt. It will cost billions to retrain American workers for the digital jobs of the future. Trillions of dollars of investments will be needed to avert the worst effects of climate change. All this, when our budget deficit has already surpassed $1 trillion.

How, exactly, is our country going to pay for all this?

That is why a new capitalism must also include a tax system that generates the resources we need and includes higher taxes on the wealthiest among us. Local efforts — like the tax I supported last year on San Francisco’s largest companies to address our city’s urgent homelessness crisis — will help. Nationally, increasing taxes on high-income individuals like myself would help generate the trillions of dollars that we desperately need to improve education and health care and fight climate change.

The culture of corporate America needs to change, and it shouldn’t take an act of Congress to do it. Every C.E.O. and every company must recognize that their responsibilities do not stop at the edge of the corporate campus. When we finally start focusing on stakeholder value as well as shareholder value, our companies will be more successful, our communities will be more equal, our societies will be more just and our planet will be healthier.

Marc Benioff is the chairman and co-chief executive of Salesforce and the author, with Monica Langley, of the forthcoming book, “Trailblazer: The Power of Business as the Greatest Platform for Change.”