Whistle-Blowers Are the Last Defense Against Global Corruption

Crime that transcends borders cannot be fought by a single country. A new EU law passed in April and formally adopted this month protecting those who speak up will have benefits worldwide. 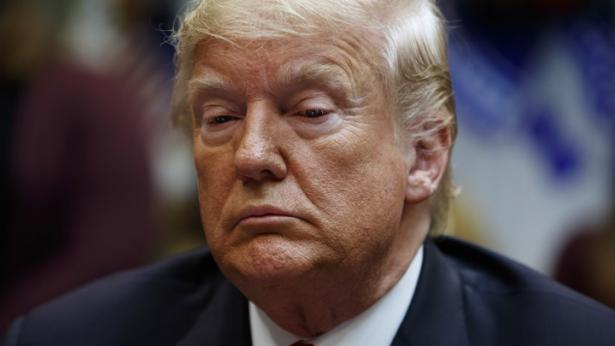 If anyone at Deutsche Bank—or at any of Europe’s other financial institutions, accounting firms, or tax offices—has evidence of wrongdoing by Donald Trump, now would be a good time to share it.

Deutsche Bank, for example, has insisted that it doesn’t have copies of Trump’s tax returns. But employees of the German bank, which kept making loans to Trump long after almost everyone else stopped doing so, might be able to shed light on the sources of the president’s income and the extent to which his debts make him beholden to Russia. And, fortunately, a new European Union directive protects the whistle-blowers—government and private-sector employees alike—who expose elite self-dealing that undermines the public interest. Often, there are witnesses to corruption, and democracy and the rule of law depend on their speaking up.

Passed in April and formally adopted this month, the EU law arrives just in time. Whistle-blowers are the lifeblood of free societies. The global proliferation of whistle-blower-protection laws, an idea that began in America in the 1770s, is imperative when corruption networks sprawl across national borders. Trump’s business dealings—which remain opaque—have involved a German bank, Russian investors, and properties in a variety of countries. The 11 million documents that surfaced in the 2015 Panama Papers leak exposed a global industry of tax avoidance. The previous year, the so-called LuxLeaks scandal revealed the role the Luxembourg government had played in helping multinational corporations evade taxes.

LuxLeaks had a major impact on European public opinion. The whistle-blower was Antoine Deltour, a French citizen working as a junior auditor for PricewaterhouseCoopers Luxembourg. “After two years on the job,” he told the inaugural meeting of the Whistleblowing International Network, in Glasgow, Scotland, last month, “I audited one small company very closely and noticed that it had no salaries, no employees, no economic activity, yet it was financing other entities, making millions of euros in profits just by lending money to another institution in a high-tax-rate country.”

When Deltour followed the financial flows, he noticed profits that weren’t taxed in Luxembourg also weren’t taxed elsewhere. What this meant was that the company he had been auditing was a shell company explicitly created for tax-evasion purposes. Once he had identified one act of malfeasance, he could identify others. He eventually discovered that large multinationals such as Pepsi, IKEA, and Deutsche Bank were colluding with the government of the small duchy to avoid tax obligations.

Deltour, then just 28, knew what he was obligated to do. He shared the tax rulings for more than 300 Luxembourg-based multinationals with a journalist. “The worst thing for a whistle-blower,” Deltour said, “is not to be heard. The world then makes no sense.”

The scandal caught fire in part because Jean-Claude Juncker, then the newly appointed president of the European Commission, had previously been Luxembourg’s prime minister. That Deltour faced criminal penalties for coming forward also heightened the public’s indignation. (Ultimately, he was fined and given a suspended jail sentence.) Coupled with the 2015 Panama Papers leak the following year—and the subsequent murders of investigative journalists reporting corruption in Malta and Slovakia—the LuxLeaks case energized advocacy groups and drove home the urgent need to protect those who expose elite corruption at significant professional and personal risk.

I attended the first Whistleblowing International Network conference, which, in an auspicious sign, brought together 74 delegates from 28 countries, from Nigeria to Serbia to Mauritius. While American whistle-blower laws predate the U.S. Constitution, the rest of the world was slower to catch on. Tom Devine, the legal director of the Washington, D.C.–based Government Accountability Project, told me that when he joined the organization in 1977, no other country had a national law protecting whistle-blowers. Britain enacted such legislation only in 1998. For years, whistle-blower protection was viewed even in other European democracies as an Anglo-American project. As of early this year, only 15 of 28 EU countries had comprehensive whistle-blower-protection laws on their books.

Britain and the United States have centuries of uninterrupted liberal-democratic traditions that celebrate individual autonomy and tolerate disobedience in the name of the greater good. Yet especially in former totalitarian police states where neighbors were pressed to tattle to the authorities on one another’s activities, whistle-blowing has negative connotations of snitching. A 2013 Transparency International report on whistle-blowing in Europe included the original words for whistle-blower in countries across Europe, almost all of which were negative. One early translation into Czech was a word meaning “informer”; a group called the Endowment Fund Against Corruption pushed instead for a word that translates as “notifier.” The original Spanish word denunciante—one who denounces—similarly hints at betrayal.

Both Germany and France, two of the European Union’s most powerful member states, initially opposed the new EU law. Germany, for instance, was among the European countries without a whistle-blower-protection law, in part because both the Nazis and the Stasi had celebrated and paid informers. During the discussions leading up to the new EU law, the transparency advocate Pam Bartlett Quintanilla says, German representatives who valued employee loyalty were obsessed with what they called the “escalation principle.” They wanted would-be whistle-blowers to keep complaints inside the organization and to go externally only as a last resort, she says.

France’s concerns were different. It already had a strong national law, and worried that a mandate from Brussels imposing a new conception of whistle-blowing would undermine what had already been accomplished in France.

Yet just four years later, both France and Germany were on board, and the EU directive passed with unanimous support. What changed from 2015 to 2019 is that the depth and breadth of globalized elite corruption became impossible to ignore. The murders of investigative journalists in Malta and Slovakia catalyzed a movement in which transparency advocates and trade unions joined forces, bringing the new EU law into being.

In Slovakia, the violent silencing of the journalist Ján Kuciak and his fiancée triggered massive public demonstrations that brought down the country’s government earlier this year. In Malta, where the investigative journalist Daphne Caruana Galizia was murdered in 2017 by a car bomb detonated by a cellphone, the status quo was more resistant to change. An EU member only since 2004, Malta is small and perfectly situated geographically between North Africa and Europe to serve as the hub of an international corruption network involving smuggling, money laundering, and passport fabrication. It is legal in Malta to buy citizenship, which then allows the Maltese passport bearer to roam Europe freely. Galizia was a formidable figure in Malta; she used information from the Panama Papers in her investigations to link the government to tax-avoidance and money-laundering schemes. Immediately before her death, she had been investigating Malta’s citizenship-for-sale program. Russians in particular were buying Maltese passports. While this was legal under Maltese law, she suspected that something was amiss in the arrangement. Her murder only fanned the belief that she was correct. Still unsolved, the crime helped convince people that the EU needed stronger anti-corruption laws.

Crime that transcends borders cannot be fought by a single country. Malta’s Pilatus Bank, for example, which laundered money for Russians, Azerbaijanis, and Iranians, could not be shut down until the United States intervened. It follows that if Americans are also corrupt—a distinct concern, given the many accusations against Trump—corruption multiplies exponentially throughout the world. Anti-corruption initiatives are essential to the rule of law.

The new legislation in Europe protects whistle-blowers who report breaches of EU law, guarding them against dismissal, demotion, or other forms of retaliation. It also requires member states to train national officials in how to deal with whistle-blowers properly as guardians of the public interest.

The mobilization of civil society that led to the directive’s passage has generated increased public awareness of the crucial role whistle-blowers can play in keeping elites honest. Whistle-blower protection is akin to seat belts. When seat belts were first required, many motorists saw them as an unnecessary precaution. But then as people grew accustomed to their routine use, we now cannot imagine auto safety without them. We can hope that the same will one day be true for whistle-blower protection, since it is to democratic sustainability what seat belts are to auto safety.

For whistle-blower protection to work, however, a country needs a shared set of higher principles beyond power or self-interest or ideology. A critical mass of people must believe in the rule of law and the importance of public servants not being corrupt.

In the fight against globalized corruption, Europe and the United States should have common interests. As Trump takes heat for his abortive effort to schedule a global summit at his own hotel, as Attorney General William Barr travels the world in his attempt to discredit the investigation into Russian interference in American elections, and as shadowy figures from Malta to Moscow meddle in American political affairs, one can expect to see more European whistle-blowing in the months ahead. Corruption thrives without limits in a world where elites are allowed to manipulate the system for self-interested ends. Whistle-blower protection is a means for the people to take back their government. “The people must know,” Ida B. Wells wrote, “before they can act.”

Allison Stanger is the Russell Leng ’60 Professor of International Politics and Economics at Middlebury College, Technology and Human Values Senior Fellow at Harvard University's Edmond J. Safra Center for Ethics, External Professor at the Santa Fe Institute, and Cybersecurity Fellow, New America. She is the author of Whistleblowers: Honesty in America from Washington to Trump and One Nation Under Contract: The Outsourcing of American Power and the Future of Foreign Policy, both with Yale University Press. She is working on a new book tentatively titled Consumers vs. Citizens: Social Inequality and Democracy in a Big Data World.