Is the Run on the Dollar Due to Panic or Greed? 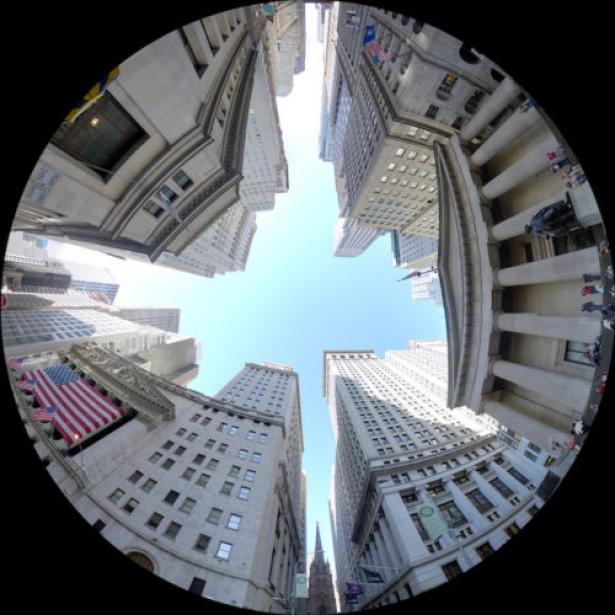 What’s going on in the repo market? Rates on repurchase (“repo”)  agreements should be about 2%, in line with the Federal Reserve funds rate. But they shot up to over 5% on Sept. 16 and got as high as 10% on Sept. 17. Yet banks were refusing to lend to each other, evidently passing up big profits to hold onto their cash—just as they did in the housing market crash and Great Recession of 2008-09.

Because banks weren’t lending, the Federal Reserve Bank of New York jumped in, increasing its overnight repo operations to $75 billion, and on Oct. 23, it upped the ante to $120 billion in overnight operations and $45 billion in longer-term operations.

Perhaps, and if so, the likely suspect is Deutsche Bank. But it looks to be just another case of Wall Street fattening itself at the public trough, using the funds of mom-and-pop depositors to maximize bank profits and line the pockets of bank executives while depriving small businesses of affordable loans.

Why the Repo Market Is a Big Deal

The repo market allows banks and other financial institutions to borrow and lend to each other, usually overnight. More than $1 trillion in overnight repo transactions collateralized with U.S. government debt occur every day. Banks lacking available deposits frequently go to these markets to fund their loans and finance their trades.

Legally, repos are sales and repurchases; but they function like secured overnight or short-term loans. They work like a pawn shop: The lender takes an asset (usually a federal security) in exchange for cash, with an agreement to return the asset for the cash plus interest the next day, unless the loan is rolled over. The New York Fed currently engages in two types of repo operations: overnight repurchase agreements that unwind the next business day, and 14-day repurchase agreements that unwind after 14 days.

The Fed restarted its large-scale repo operations in September, when borrowing rates shot up due to an unexpectedly high demand for dollars. The Fed said the unusual demand was due largely to quarterly tax payments and Treasury debt settlements. Other factors proposed as contributing to the cash strains include regulatory change and a decline in bank reserves due to “quantitative tightening” (in which the Fed shrunk its balance sheet by selling some of its quantitative easing (QE) acquisitions back into the market), as well as unusually high government debt issuance over the last four years and a flight into U.S. currency and securities to avoid the negative interest rate policies of central banks abroad.

The Fed’s stated objective in boosting the liquidity available to financial markets was simply to maintain its “target rate” for the interest charged by banks to each other in the Fed funds market. But critics were not convinced. Why were private capital markets once again in need of public support if there was no financial crisis in sight? Was the Fed engaged in a stealth “QE4,” restarting its quantitative easing program?

The Fed insisted that it wasn’t, and financial analyst Wolf Richter agreed. Writing on Wolfstreet.com on Oct. 10, he said the banks, and particularly the primary dealers, were hoarding their long-term securities in anticipation of higher profits. The primary dealers are the 24 U.S. and foreign broker-dealers and banks authorized to deal directly with the U.S. Treasury and the New York Fed. They were funding their horde of long-term securities in the repo market, putting pressure on that market, as the Fed said in the minutes for its July meeting, even before repo rates blew out in mid-September. Richter contended:

“They’d expected a massive bout of QE, and perhaps some of the players had gleefully contributed to, or even instigated the turmoil in the repo market to make sure they would get that massive bout of QE as the Fed would be forced to calm the waters with QE, the theory went. This QE would include big purchases of long-term securities to push down long-term yields, and drive up the prices of those bonds. … Prices were high and yields were low, a sign that there was heavy demand. But the dealers were holding out for even higher prices and even lower yields. … Massive QE, where the Fed buys these types of Treasury securities, would accomplish that. But that’s exactly what the Fed said it wouldn’t do.”

What the Fed was doing instead, it said, was reviving its “standing repo facility”—the facility it had used before September 2008, when it abandoned that device in favor of QE and zero-interest rate policy. But it insisted that this was not QE, expanding the money supply. Overnight repos are just an advance of credit, which must be repaid the next day. While $165 billion per month sounds like a lot, repo loans don’t accumulate; the Fed is just making short-term advances, available as needed up to a limit of $165 billion.

In the website Wall Street on Parade on Oct. 28, Pam and Russ Martens pointed to another greed-driven trigger to the recent run on repo. The perpetrator was JPMorgan Chase, the largest bank in the U.S., with $1.6 trillion in deposits. To quote David Henry on Reuters: “Publicly-filed data shows JPMorgan reduced the cash it has on deposit at the Federal Reserve, from which it might have lent, by $158 billion in the year through June, a 57% decline. … [T]he data shows its switch accounted for about a third of the drop in all banking reserves at the Fed during the period.”

This $158 billion drawdown in JPMorgan’s reserve account is evidently what necessitated the Fed’s $165 billion in new repo offerings. But why the large drawdown?

Henry attributed it to regulatory changes that increased the bank’s required reserves, but according to the Martens, something more was involved. “The shocking news,” they write, is that “[a]ccording to its SEC filings, JPMorgan Chase is partly using [f]ederally insured deposits made by moms and pops across the country in its more than 5,000 branches to prop up its share price with buybacks.” Small businesses are being deprived of affordable loans because the liquidity necessary to back the loans is being used to prop up bank stock prices. Bank shares constitute a substantial portion of the pay of bank executives.

According to Thomas Hoenig, then-vice chair of the Federal Deposit Insurance Corporation, in a July 2017 letter to the Senate Banking Committee:

“[If] the 10 largest U.S. Bank Holding Companies [BHCs] were to retain a greater share of their earnings earmarked for dividends and share buybacks in 2017 they would be able to increase loans by more than $1 trillion, which is greater than 5 percent of annual U.S. GDP.

“Four of the 10 BHCs will distribute more than 100 percent of their current year’s earnings, which alone could support approximately $537 billion in new loans to Main Street.

“If share buybacks of $83 billion, representing 72 percent of total payouts for these 10 BHCs in 2017, were instead retained, they could, under current capital rules, increase small business loans by three quarters of a trillion dollars or mortgage loans by almost one and a half trillion dollars.”

Hoenig was referring to the banks’ own capital, rather than to their deposits, but the damage to local credit markets is even worse if deposits also are being diverted to fund share buybacks. Banks are not serving the real economy. They are using public credit backed by public funds to feed their own private bottom lines.

The whole repo rigmarole underscores the sleight of hand on which our money and banking systems are built, and why it is time to change them. Banks do not really have the money they lend. To back their loans, they rely on their ability to borrow from the reserves of other banks, generated from their customers’ deposits. If those banks withhold their deposits in the insatiable pursuit of higher profits, the borrowing banks must turn to the public purse for liquidity. The banks could not function without public support. They should be turned into public utilities, mandated to serve the interests of the people and the productive economy on which the public depends.

Ellen Brown is an attorney, chairman of the Public Banking Institute, and author of thirteen books including her latest, "Banking on the People: Democratizing Money in the Digital Age."

Thanks to the author for permission to reprint this article.