'A Threat to Global Stability': US Denies Israeli Settlements Illegal 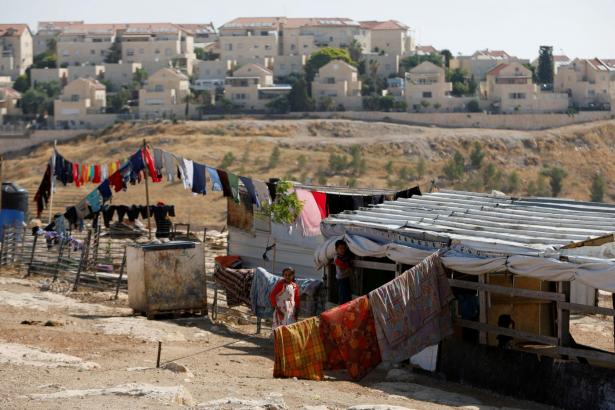 The Israeli settlement of Givat Zeev is near the Palestinian city of Ramallah in the occupied West Bank , AFP/File photo

The United States' announcement that Israel's settlements in the occupied West Bank are not "inconsistent with international law" has been met with widespread derision and rejection, with one Palestinian leader calling it "a threat to global stability, security, and peace".

On Monday, US Secretary of State Mike Pompeo said the Trump administration believes "that what we've done today has recognised the reality on the ground", rolling back decades of policy in Washington

"The establishment of Israeli civilian settlements is not, per se, inconsistent with international law," Pompeo told reporters.

Hansell said at the time that Israel was "a belligerent occupant" of the West Bank and Gaza Strip, as well as the Egyptian Sinai Peninsula and Syrian Golan Heights.

Pompeo's announcement comes after a series of staunchly pro-Israel measures taken by US President Donald Trump since he came into office, including a contentious decision to move the US embassy from Tel Aviv to Jerusalem.

Trump also recognised Israel's hold on the occupied Syrian Golan Heights in March, a move that drew international criticism and raised fears that the US administration would green-light Israel's annexation of the occupied Palestinian territories.

Under the Fourth Geneva Convention, to which the US is a signatory, an occupying power cannot move its civilian population into territory it occupies.

There are approximately 200 official Israeli settlements in the occupied West Bank, including East Jerusalem, with around 620,000 residents, according to Israeli human rights group B'Tselem.

The group said on Monday that the Trump administration's "farcical announcement doesn't just green-light Israel's illegal settlement project, but also other human rights violations around the world by obliterating the principles of international law".

"Once again, with this announcement, the Trump administration is demonstrating the extent to which it's [threatening] the international system," Erekat said in a statement.

Omar Shakir, the Israel and Palestine director at Human Rights Watch, tweeted that the decision "changes nothing", however.

"Israel’s long-running policy of settling civilians in occupied territory is considered a war crime under the statute of the International Criminal Court," Amnesty International has also said.

"That this is predictable doesn't make it any less infuriating," added Omar Baddar, deputy director of the Arab American Institute, a Washington-based advocacy group. 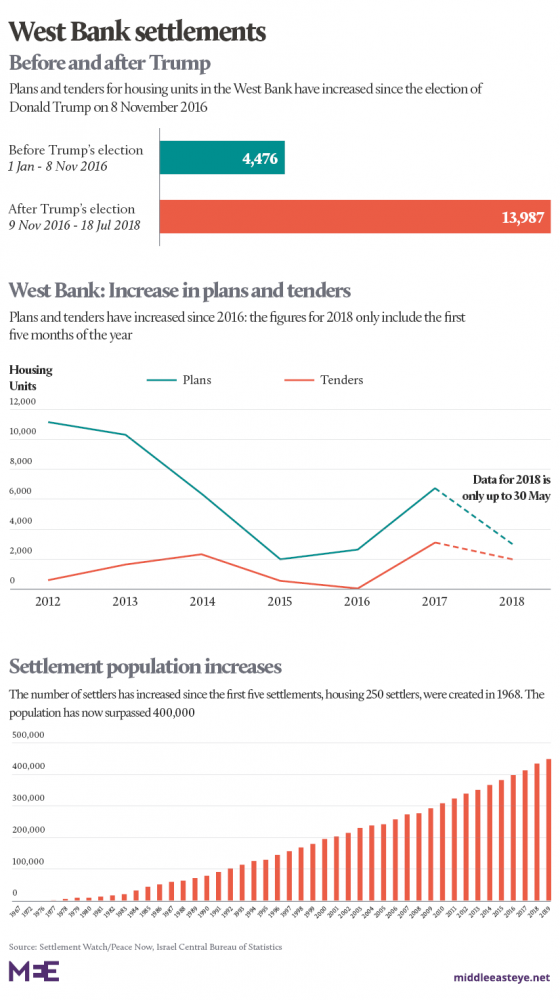 Baddar said "it would be more honest" for the Trump administration to "announce that they consider Israel to be above the law and be done".

US Senator Bernie Sanders, who is vying for the Democratic Party's 2020 nomination, also spoke out against the decision on Monday. "Israeli settlements in occupied territory are illegal," he tweeted.

"This is clear from international law and multiple United Nations resolutions. Once again, Mr. Trump is isolating the United States and undermining diplomacy by pandering to his extremist base."

Israeli Foreign Minister Israel Katz also said the decision made it clear that "there is no dispute about the right of the Jewish people to the Land of Israel".

"I would like to thank the Trump administration for its consistent and steadfast support of Israel and its commitment to furthering relations between the peoples of the region and creating a prosperous and stable Middle East," Katz said.

Netanyahu failed to form a majority government after September elections in Israel, ceding the way to rival Benny Gantz to attempt to cobble together a coalition. If Gantz succeeds, Netanyahu will have to step down from his post as prime minister

Rabbi Alissa Wise, acting co-executive director of Jewish Voice for Peace, said the US's settlement announcement aims to shore up political support for both Netanyahu and Trump, who is up for re-election in 2020.

"The Trump administration was never focused on promoting peace, but instead on propping up Netanyahu's and Trump's careers and perpetuating Israeli control and dominance over Palestinian land and lives at all costs," Wise said in a statement.

"Pompeo and the Trump administration don't get to rewrite international law."

The European Union also shot back at the US, saying in a statement that its position on Israeli settlements "is clear and remains unchanged".

"All settlement activity is illegal under international law and it erodes the viability of the two-state solution and the prospects for a lasting peace," it said.

The EU also called on Israel "to end all settlement activity, in line with its obligations as an occupying power".