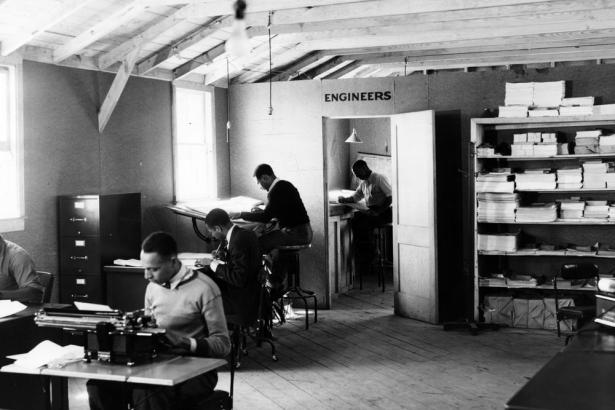 In recent decades, “racial disparity” has become the central framework for discussing inequities affecting African Americans in the United States. In this usage, disparity refers to the disproportionate statistical representation of some categorically defined populations on average in the distribution of undesirable things—unemployment, low wages, infant mortality, poor education, incarceration, etc. And by corollary logic, such social groupings are also found to be statistically underrepresented in desirable things—wealth, income, educational attainment, etc.

The most common categorical markers here have to do, not surprisingly, with race and gender—though they aren’t the only domains of disparity; but even so, these foundational discriminations often form the template for it. Identifying and parsing disparities have become the default setting of the language of social justice in the United States. Even commentary on the impact of calamities like hurricanes or earthquakes seems to mandate that we track just how they displace and harm discrete subpopulations in order to assess their true magnitude.

This way of thinking about injustice and what does and doesn’t call for remedial action has its roots in enforcement of anti-discrimination law in the 1960s and 1970s. Identifying disparate treatment or outcomes that correlate with racial difference can be a critical step in validating a complaint. However, the inclination to fixate on such disparities as the only objectionable form of inequality can create perverse political incentives. We devote a great deal of rhetorical and analytic energy to the project of determining just which groups, or population categories, suffer or have suffered the worst. Cynics have sometimes referred to this brand of what we might term political one-downsmanship as the “oppression Olympics”—a contest in which groups that have attained or are vying for legal protection effectively compete for the moral or cultural authority that comes with the designation of most victimized.

Even short of that cynical view, a central focus on group-level disparities can lead to mistaken diagnoses of the sources and character of the manifest inequalities it identifies. And those mistaken diagnoses, in turn, can reflect damaging class and ideological biases that ultimately undercut the struggle for social justice and equality. In this column and later ones, I will examine facets of this problem and its entailments. A key point of departure here is the study I published in 2012 with Columbia University public health Professor Merlin Chowkwanyun, explicating how what we call the “disparitarian perspective” has distorted discussion of the impact of the New Deal on black Americans.

People who embrace anti-racist politics now regularly denounce the New Deal as a model for universalist social and economic reform on the grounds that many of its signature programs discriminated against African Americans. Some of these detractors simply dismiss the New Deal as racist and have gone further to argue that all universal programs—i.e., initiatives that are officially designed to benefit everyone—are racist and will not help black Americans. They argue instead that only government and market interventions targeted solely to African Americans should count as benefits for black people.

The Works Progress Administration (WPA), one of the most important New Deal programs for working people, provided jobs for millions of Americans doing socially useful work between 1935 and 1939, when its operations were transferred to the Federal Works Agency. In 1935, the WPA employed roughly 350,000 African Americans a year—a figure that represented about 15 percent of the agency’s total workforce. Even though blacks made up a still greater percentage of those in need of work, black participation in WPA programs was nonetheless 50 percent greater than the African American percentage of the total U.S. population.

African Americans also benefited significantly from the Civilian Conservation Corps (CCC), another major program targeting the unemployed—especially unemployed young people—between 1933 and 1942. Although in the CCC’s first year only 3 percent of participants in the program were African American, by 1938 that number had increased to more than 11 percent. As was the case in the WPA, the percentage of African Americans who worked in the CCC was greater than their representation in the overall population, even though that proportion remained lower than the percentage of black people among those in greatest need of work. Nevertheless, more than 350,000 African Americans had been employed in the CCC by the time the program was disbanded.

People who dismiss the New Deal and kindred universalist federal programs in general as racist often single out the Social Security program, which in its early years excluded agricultural workers and domestic workers from coverage and eligibility for the old-age and survivors’ benefits. (In this it was following a precedent set by the 1935 Wagner Act, securing workers the right to bargain collectively with their employers through union representation.) Those exclusions, which were eliminated between 1950 and 1955, affected nearly two-thirds of African American workers overall and only 27 percent of white workers. And that fact has led some critics to argue that the Roosevelt administration and New Dealers in Congress went along with Southern racists who wanted to exclude those classes of workers from coverage in order to hold down the African American Southern workforce.

Yet whites were 74 percent of all the domestic and agricultural workers excluded from Social Security at its outset. That is, three white workers were excluded for every nonwhite worker—a distribution suggesting that the point of the exclusions was not simply to suppress African Americans. Several categories of workers that were very predominantly white—for example, seamen in the merchant marine, self-employed individuals, workers in the nonprofit sector, professionals—also were excluded from coverage. Altogether, three-fourths of the 20 million American workers who were excluded from early Social Security coverage were white.

Different groups of workers were excluded from coverage under the old-age social insurance provision in the 1935 Social Security Act for different reasons, in some cases simply because of the administrative difficulties anticipated in collecting payroll taxes. Race certainly could have been one factor that influenced decisions about coverage, but it was not the definitive basis for exclusion or inclusion. That is to say, African Americans who worked in job categories included in coverage were covered; whites who worked in categories that were not covered were excluded. Thus, while nearly two-thirds of African American workers were in excluded categories, nearly a third were covered. In 1940, the first year of old-age payouts, around two million African Americans were eligible for, and received, benefits.

This more complex view of the New Deal’s significance for African Americans helps us to understand why black people supported both it and the Roosevelt administration so enthusiastically. It also is crucial to understanding the roots of the post-World War II black political insurgency in both North and South. And, as I shall demonstrate in subsequent columns, which will examine the racial disparities in housing and labor markets, the New Deal’s legacy can shine an invaluable light on the intellectual and political limitations of a perspective that reduces African American concerns to a simple binary axis of racism and anti-racism as the most consequential categories of analysis.

Adolph Reed Jr. is professor emeritus of political science at the University of Pennsylvania.