How Charlottesville's Echoes Forced New Zealand to Confront Its History

A Maori man attacked a statue to raise awareness of his ancestors’ pain. A newspaper covered the story, and a very important reader took action: Prime Minister Jacinda Ardern. 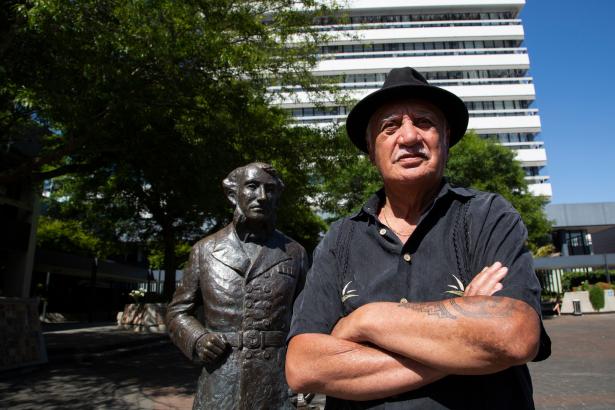 Taitimu Maipi, standing in front of a statue of Capt. John Hamilton, a colonial-era British naval commander, in Hamilton, New Zealand, which he vandalized last year., Cornell Tukiri for The New York Times

HAMILTON, New Zealand — An 80-year-old Maori man walked up to a statue of a colonial-era British naval commander one winter morning in 2018, a can of paint and a claw hammer in his hands.

“The red paint was to change the way he looked, and the hammer was to break his nose,” said the man, Taitimu Maipi.

Mr. Maipi’s small act of vandalism in the city of Hamilton, New Zealand, was intended to be a reminder of the pain that white settlers inflicted on the Indigenous Maori people. It ended up forcing a national reckoning over historical memory and cultural identity that paralleled in many ways the upheaval a year before in Charlottesville, Va.

The attack in Hamilton drew extensive coverage in the local newspaper. Residents responded with letters denouncing the vandalism. And the conversation caught the eye of one longtime reader: Prime Minister Jacinda Ardern.

In September, Ms. Ardern announced that the national school curriculum would be changed to require lessons on the 19th-century New Zealand Land Wars, in which British troops killed more than 2,000 Maori.

“I did not see that coming,” Mr. Maipi, a longtime activist, said recently as he stood beside the bronze statue of Capt. John Hamilton, which remains in the middle of Hamilton’s downtown square.

In a different time, the seemingly minor gesture of protest — after the attack, Mr. Maipi stopped by City Hall to leave his contact information and later got off with a police warning — might have been quickly forgotten. But his defiant action came not long after the deadly white supremacist violence in Charlottesville over the planned removal of a Confederate statue.

“I think it’s all connected,” said Aaron Leaman, a reporter for The Waikato Times, which published a series of articles as part of a campaign to bring more of New Zealand’s history into its schools. “I don’t think what happened here could be seen in isolation.”

After Mr. Maipi’s vandalism, some New Zealanders called for the statue’s removal because of the role of Captain Hamilton — for whom the city is named, though he never set foot there — in the deaths of Maori during the Land Wars, which raged from 1845 to 1872.

Those bloody conflicts broke out after the signing of the Treaty of Waitangi in 1840 between the colonial government and the Maori. Disputes over land sales grew into major campaigns to confiscate territory and reinforce British sovereignty.

Community upheaval followed these assaults against the Maori, and more than 100 years later, they still lag on many social measures like income and life expectancy, though the government has worked to close the gap. New Zealand is still paying out hundreds of millions of dollars in settlement claims related to the treaty.

“I just wanted to expose the fact that this statue shouldn’t be here,” Mr. Maipi said. “I wanted to break something,” he added. “I really meant what I did.”

Captain Hamilton, he said, “was a murderer.”

“There’s a lot of pain there for people who were part of those wars,” he added.

Other citizens — many of them older, white residents who wrote letters to the editor — complained about the damage to public property and argued that removing the statue would be akin to erasing history. Some used racist language.

“A lot of people were saying this is terrible, destroying public property, and we were saying, come on people, there’s a lot of history behind this, and there aren’t a lot of Maori statues or any kind of acknowledgment of their role,” said Jonathan MacKenzie, the editor in chief of The Waikato Times.

“Clearly, the people reading had little understanding of the country’s past, and what they knew was based on the wrong information,” Mr. MacKenzie added.

While some of the bigoted statements might have been ignored in the past, said Mr. Leaman, the reporter, such views now command greater attention after the massacre at two mosques in Christchurch.

“It’s easy to brush them off as fringe,” he said, “but after Christchurch, we take hate speech more seriously.”

The newsroom decided to work to educate its readership, Mr. MacKenzie said. “We thought, why don’t we do some stories on people who fought on the Maori side of the war; they’d be passed down orally,” he said.

The effort would build on a push by two nearby schools to make teaching of the Land Wars compulsory. Currently, New Zealand history is an elective in school, and the Land Wars aren’t part of the curriculum at all.

“We thought we could really put some pressure on and act as a bit of an amplifier,” Mr. MacKenzie said. 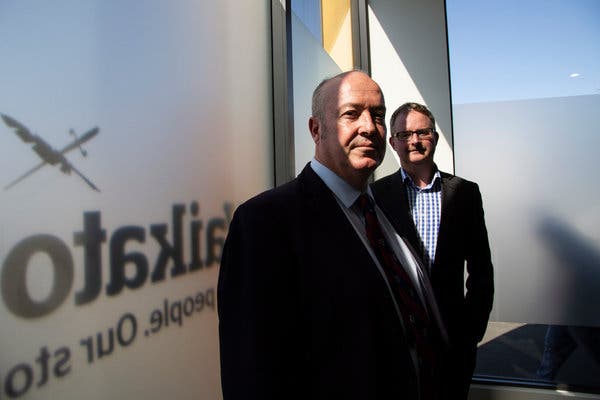 Jonathan MacKenzie, left, the editor in chief of The Waikato Times, and Aaron Leaman, a reporter there. Credit: Cornell Tukiri for The New York Times

The journalists didn’t imagine that the stories would get much notice. But they hadn’t anticipated the attention of a prime minister who keeps an eye on the city of her birth.

The Waikato Times’s campaign “stood out to me because I know the region well and because it’s a view I’ve held for some time,” Ms. Ardern said in an email to The New York Times.

She announced two months ago that changes to the national curriculum for both primary and secondary schools would be made within the next three years.

Ms. Ardern said the public reaction had been “incredible and far-reaching. I think a lot of that stems from a desire from New Zealanders to know more about their own country’s history, our land and our people.”

Mr. Maipi said that New Zealanders had been better at commemorating foreign wars, like World War I, than they had been at acknowledging local history, because of the cost to the Maori.

The newly elected mayor of Hamilton, Paula Southgate, is waiting on a report that will assess the street names and statues throughout the city that might be culturally offensive to the Maori. She expects it to recommend moving the statue of Captain Hamilton.

“If there’s something that’s blatantly culturally insensitive, you need to address it and be respectful about that,” she said.

Jamie Tarabay is a correspondent for The New York Times based in Sydney, Australia. She joined The Times in 2018 and has reported from around the country on issues including national security, veterans, politics and Australia’s problematic ties with China.