Is eight hours really the ultimate truth? I believe people deserve to spend more time with their families, loved ones, hobbies and other aspects of life, such as culture. This could be the next step for us in working life. 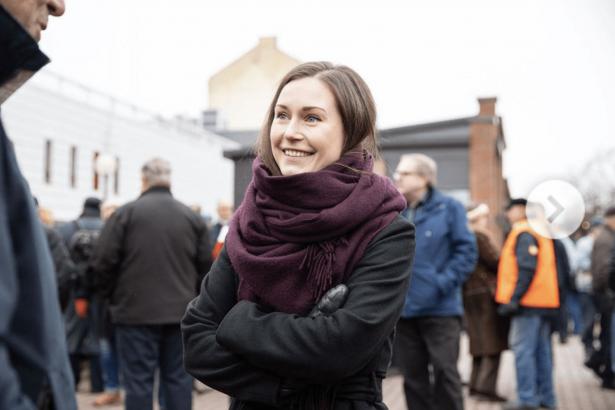 Finland’s new head of state caused enthusiasm in the country: Sanna Marin (34) is the youngest female head of government worldwide. She leads a centre-left coalition in which all 5 government parties have women at the top. Her aim: To introduce the 4-day-week and the 6-hour-working day in Finland.

Sanna Marin is the new Prime Minister of Finland. The 34-year-old social democrat was celebrated internationally because of strong women-led government: It is a coalition of five parties – and in all of them, women are the leaders.

For Sanna Marin, the fact that she is young and female doesn’t play a big role:

“I have never thought about my age or gender. I think more about the motivations that brought me into politics.”

More important for Marin is the question, how long the Finns should have to work. She demands much shorter working hours on the occasion of the 120th anniversary of the Social Democratic Party (SDP) in Turku. In her position as Minister of Transport and Communications, she said:

“A four-day work week, a six-hour workday. Why couldn’t it be the next step? Is eight hours really the ultimate truth? I believe people deserve to spend more time with their families, loved ones, hobbies and other aspects of life, such as culture. This could be the next step for us in working life.”

In Finland, 8-hour-days for five days a week are common in peoples’ work life. The left-wing alliance, with which Marin has formed a coalition recently, demanded a test run for the 6-hour-day.

Göteborg proves it: 6-hour-days keep you happy and healthy

The 6-hour-day already works in Finland’s neighbour country Sweden: In 2015, Gothenburg, Sweden’s second largest city, reduced working time to six hours a day in the old peoples’ homes and the municipal hospital – while still full paying their employees. The results two years later: The employees were happier, healthier and more productive. With the reduction in working hours, services were expanded and patients were more satisfied.

And the costs were stable: More employees were hired, which resulted in more tax revenue. In Addition to that, fewer sick days, fewer invalidity pensions and fewer people unemployed saved money.

In the Swedish tech industry, the 6-hour-day has been default for many years. First and foremost, the automobile manufacturer Toyota proved how it works. As early as 2003, the Gothenburg plant switched to shorter working days with full pay.

Not only were Toyota’s employees more satisfied and motivated, they could also increase their productivity – and in the end: Toyota’s profits. The reasons for this are simple: First, unnecessarily long meetings were discarded or made more efficient. And second, there are much fewer idle times in the working day that are filled with social media or Internet surfing.

People go to work and do it more focused and concentrated. Then they go home and have enough time to spend the afternoon with their families, friends and hobbies.

Scoop.me is run by a non-profit association. Our aim is to support progressive authors and magazines in networking internationally and exchanging media content.

On the website, we provide texts, graphics and videos. We only cooperate with authors and media we find reliable as a source. Still, we cannot not take the responsibility for the content provided.

Scoop.me offers media and authors all over the world the opportunity to republish the content shared on scoop.me freely and free of charge – both for print and online. All texts and photos on scoop.me can be used under the Creative Commons CC BY-SA 4.0 license.