Israel Has Suspended Core Palestinian Rights for a Half-century

Israel has denied Palestinians living under military occupation their fundamental civil rights for more than five decades, according to a report published by Human Rights Watch today. 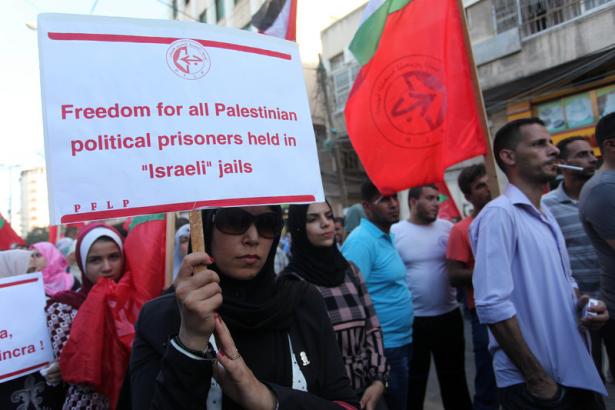 “Peaceful opposition to the occupation could land you in jail,” according to Human Rights Watch’s Omar Shakir., Mahmoud Ajjour APA images

Sweeping military orders imposed immediately after Israel’s occupation of the West Bank and Gaza Strip in 1967 remain in place today, except for East Jerusalem, which Israel annexed in violation of international law.

“The Israeli army has deprived generations of Palestinians in the West Bank of their basic civil rights, including the rights to free assembly, association and expression, regularly drawing on military orders issued in the first days of the occupation,” the report states.

“The suspension of core rights more than half a century later with no end in sight violates Israel’s core responsibilities under the law of occupation.”

“Israeli officials openly speak of their intent to permanently rule over Palestinians in the West Bank,” according to Human Rights Watch.

“Whatever the political arrangements, nothing can justify the continued enforcement of these restrictions and the entrenched two-tiered discriminatory system in the West Bank today.”

Human Rights Watch does not describe this discriminatory system as one of apartheid in its report, which focuses on the West Bank, excluding East Jerusalem. But a landmark study published by the UN’s Economic and Social Commission for Western Asia in 2017 concludes that “Israel has established an apartheid regime that dominates the Palestinian people as a whole.”

Multiple generations of Palestinians have lived under the Israeli military’s draconian system of military orders. However, according to Human Rights Watch, “the longer an occupation, the more military rules should resemble an ordinary governing system.”

The case studies included in Human Rights Watch’s report demonstrate that the governing system in the West Bank, where Palestinians live under direct military rule, is anything but ordinary.

Israel arrests journalists, activists and others on the basis of broadly worded military orders instead of any recognizable crime. These arrests occur even in West Bank cities under nominal Palestinian Authority control.

Activists subjected to repeated arrests curtail involvement in advocacy for their rights. Journalists self-censor, wary of being charged with “incitement” over their coverage of Israel’s rights violations.

“Peaceful opposition to the occupation could land you in jail,” Human Rights Watch’s Omar Shakir, who authored the report and was recently deported by Israel, states in an accompanying video.

“How do you call for change when calling for change can land you in prison?” Shakir asks.

Farid al-Atrash, a lawyer and human rights activist, was arrested in February 2016 during a protest against Israel’s closure of Shuhada Street, formerly a center of commerce in the West Bank city of Hebron now turned into a ghost town.

Military prosecutors charged al-Atrash and another Palestinian activist with violating military orders including “demonstrating without a permit;” entering a “closed military zone;” “incitement” for attempting to influence public opinion “in a manner that may harm public order or safety” by waving Palestinian flags; and holding a sign reading “Open Shuhada Street.”

Al-Atrash was released on bail days after his arrest but is still being subjected to prosecution by an Israeli military court nearly four years later.

Human Rights Watch also highlights the case of Khalida Jarrar, a leftist lawmaker who is being held without charge or trial by Israel following her arrest in late October this year.

Jarrar has been imprisoned twice previously in recent years and subjected to travel bans because of her membership in the Popular Front for the Liberation of Palestine, considered an “unlawful association” by Israel.

“Authorities never claimed that she had any personal involvement in armed activities,” Human Rights Watch states.

Another Palestinian woman, Nariman Tamimi, was imprisoned because she live-streamed a video of her teenage daughter confronting Israeli soldiers in front of their West Bank home in December 2017.

In their indictment, military prosecutors claimed that Tamimi “attempted to influence public opinion in the Area in a manner that may harm public order and safety” and “called for violence.”

The indictment notes the popularity of the video, which was “viewed by thousands of users, shared by dozens of users, [and] received dozens of responses and many dozens of likes.” However, as Human Rights Watch observes, “nowhere in the video or case file does [Tamimi] call for violence.”

Tamimi agreed to a plea deal to avoid a longer sentence if convicted by a military court, which “fail to give Palestinians fair trials,” as Human Rights Watch notes. She and her then 16-year-old daughter Ahed, seen slapping a soldier in the live stream video, both spent eight months in detention.

Israel has criminalized online speech critical of the occupation. Its military laws broadly define “incitement” as including “praise, sympathy or support for a hostile organization.”

According to Human Rights Watch, “these restrictions have particularly limited Palestinian journalists, whom the Israeli army regularly accuses of incitement or affiliation with Hamas.”

The artist Hafez Omar, arrested most recently by Israel last March, told the human rights group Addameer that he was interrogated about “his artworks and publications on social media, especially those in support of the rights of Palestinian prisoners.”

The Israeli military told Human Rights Watch that it prosecuted more than 350 people for “incitement” between 1 July 2014 and 30 June 2019, convicting all but seven of them at a rate of 98 percent. Addameer documented 650 arrests over social media posts in 2017 and 2018 (many of those cases involve detainees being held without charge or trial under administrative detention orders).

Each year the Israeli government submits thousands of requests to social media companies such as Facebook, Twitter, Google and YouTube to remove content related to “terror” and “incitement to terror,” enjoying a high rate of compliance.

The result is that popular Palestinian news outlets have had their social media pages shut down without warning or explanation. So have pages affiliated with major political parties considered terrorist groups by Israel and the US, such as Hamas and Hizballah.

Human Rights Watch also notes that the Palestinian Authority also restricts rights in the areas under its nominal control “through arbitrary arrests of critics and opponents of it, particularly on social media, among independent journalists, on university campuses and at demonstrations.”

Third states and international organizations must “highlight the importance of respecting the civil rights of Palestinians in the West Bank,” Human Rights Watch states.

“They should consider including calls for Israel to grant Palestinians civil rights at least equal to what it grants its own citizens in their publications, reports and policy positions and to assess Israel’s conduct on this basis.”

Maureen Clare Murphy is an associate editor of The Electronic Intifada and lives in Chicago.