Instead of obsessively pursuing white, middle-class midwestern voters, Democratic Party leaders must protect and expand their base. The Democratic electorate the Republicans will “allow” to vote in November will not be enough to defeat Trump. 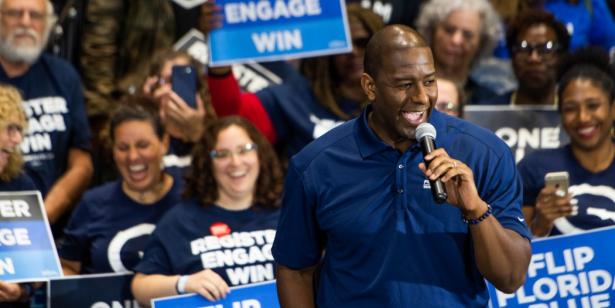 Let’s start the new year with a reality check. Remember that dad, uncle or neighbor, who told you over Christmas how much he dislikes Trump’s rude language and that he might vote for the Democrats, if only they nominate a “moderate” candidate and not a “socialist”?

Well, he is going to vote for Trump.

This election year will be (again) filled with columns and op-eds from #NeverTrump Republicans giving (unsolicited) advice to the Democratic party. They will argue that the Democratic party can win the presidential elections, but only if they nominate a “moderate” Democrat, who can win over the many Republicans they know that are appalled by Trump. But you can forget about these Max Boots, Jennifer Rubins, and (particularly) Bret Stephenses. These pet conservatives of the liberal media represent no relevant electoral base.

You can also ignore the reports from “non-partisan” thinktanks – like the Niskanen Center – which show that many Republicans are much more “centrist” than Trump and his Republican party. Polarization in the US is not about party policy but about party identification. In particular it is about negative party identification – and most of these “centrist” Republicans despise or distrust the Democratic party, irrespective of whether it is led by Joe Biden or Bernie Sanders.

Moreover, as long as the US economy is doing well – however shallow the foundations of that prosperity – these people are going to go with Trump, who has provided them with lower taxes and a booming stock market.

By focusing so much resource and strategy on pursuing the “Midwestern voter” (ie, centrist, middle-class whites), Democratic leaders are setting their party up for potentially disastrous failure. Trump is no longer the risky outsider he was in 2016. He is a known quantity; he may not be especially liked, but for many voters he has delivered where it matters: the pocketbook.

Democrats are not going to win over enough “moderate Republicans” to defeat Trump. Nor will suburban white mothers do the trick. The only way to win in 2020 is by mobilizing (potential) new voters and (recent) non-voters. Fortunately, there are more than enough of them. Almost half of Americans do not vote.

However, new voters and non-voters are disproportionately non-white and non-suburban. Many of them are not even registered, or – thanks to Republican purges of voting rolls – no longer registered. This is particularly relevant to African Americans, who – contrary to popular perception – actually have rather high voter turnout, higher than other minorities, but are disproportionately affected by voter suppression (including incarceration).

Despite the efforts of some organizations, most notably Stacey Abrams’ new group Fair Fight, Democrats devote most of their time to reaching already registered voters, rather than registering new voters. Imagine how much the millions of dollars of Mike Bloomberg and Tom Steyer could have achieved had they spent that money on registering new voters rather than vanity campaigns.

For the Republicans, the 2020 strategy is simple and straightforward: discourage or even disenfranchise minority voters, and mobilize white voters. Both campaigns are well underway and so far very successful. The Democrats seem to take minority voters for granted, yet again, despite low turnout in the 2016 elections. While there is a lot of talk about immigration and racism, the campaign is getting whiter and whiter.

Hispanics openly lament the neglect they experience from almost all Democratic candidates. Given their growing numbers – Hispanics are on track to become the largest group of non-white voters in 2020, and not just in traditionally Democratic states – ignoring them early in the campaign, just because early primary states are so white, is extremely short-sighted.

Perhaps Democrats assume that Hispanics will automatically support any Democrat over Trump, because of his inhumane immigration policies and racist remarks about Mexican immigrants. But, while many Hispanics are concerned about their place in (Trump’s) America, they are not single-issue voters.

In fact, if you remove immigration as an issue, many Hispanics fit socio-culturally and socio-economically as well with Republicans as with Democrats. In fact, in the 2018 midterm elections, the gap was closing rapidly in some key (potential swing) states. Unsurprisingly, given the conservatism of the Cuban-American community, the gap was smallest in Florida – there, just 54% of Hispanics voted for the Democratic candidates for Senate and Governor. In the governor’s races in Arizona and Texas, however, the percentages were the same.

The 2020 elections will not be about changing minds about who to vote for but about whether to vote. The damage done to voter registration in the South alone, following the gutting of the Voting Rights Act in 2013, could swing elections. The Democratic electorate the Republicans will “allow” to vote in November will not be enough to defeat Trump; Democrats must protect and expand their base before it’s too late.

[Cas Mudde is a Guardian US columnist and the Stanley Wade Shelton UGAF professor in the School of Public and International Affairs at the University of Georgia. His latest book is The Far Right Today.]