"I grew up in a union town that lost everything. I've met with neighbours who have experienced setbacks that last a generation. I've seen how important it is for struggling workers to see the hope that comes from our movement." 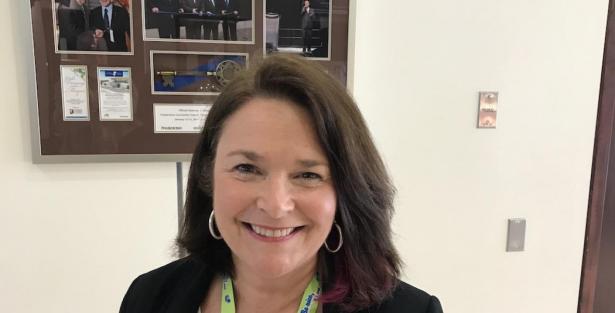 Linda Silas, president of the Canadian Federation of Nurses Unions representing 200,000 nurses across Canada, formally announced yesterday she will seek the presidency of the Canadian Labour Congress.

This doesn't come as a thunderbolt out of the blue. Silas has been pondering a run for the leadership the CLC for some time, and has made her thoughts known to leaders of the influential Canadian nurses' unions affiliated with the CFNU and others in the country's labour movement.

But the candidacy of the New Brunswick nurse, best known outside labour as a high-profile supporter of a national pharmacare program, can be expected to add some drama to a contest that, while highly significant, usually takes place with little engagement by major media or awareness among the general public.

A passionate and engaging speaker in both official languages and a public service union activist with family roots in the traditional industrial trade union movement, the Silas's candidacy has the potential to get the CLC on the Canadian public's radar at a time when unions are both desperately needed and under heavy attack by right-wing politicians and their media auxiliaries.

As president of the CLC, she could be an engaging public voice for social programs like pharmacare and public health care, and the rights of all working people in an era of globalization, widening income disparity and increasingly precarious work.

As Silas noted in her letter formally announcing her intention to run to replace retiring CLC president Hassan Yussuff, she is well aware of the destructive impact of globalization on the lives of working Canadians.

"I grew up in a union town that lost everything," she wrote in the letter. "I've met with neighbours who have experienced setbacks that last a generation. I've seen how important it is for struggling workers to see the hope that comes from our movement."

This is a reference to the closing in 2007 of the Abitibi newsprint mill in Silas's home town of Dalhousie, where her father had served as the president of the Communications Energy and Paperworkers Union of Canada local. The closing devastated the economy of the small community on the Restigouche River in northern New Brunswick.

"It is my core belief that our common goals can in fact only be realized when proven fighters like us come together," she said in her letter. "Union and non-union workers alike need to know that they have allies in a strong union ecosystem. Our communities need us at our best."

Silas graduated in 1983 from the nursing program at the French-language Université de Moncton, working in critical care, emergency, and labour and delivery. Seven years later, she was elected leader of the New Brunswick Nurses Union, the youngest provincial nursing union president in Canada.

Her official biography describes her as "a five-foot feminist dynamo with a soft heart and strong stomach who is passionate about making a difference in people's lives." Having seen Silas in action over most of the past decade in my communications role with United Nurses of Alberta, I would say this is a fair description.

The vote for CLC president is widely expected to be contested by Beatrice Bruske, secretary-treasurer of United Food and Commercial Workers Local 832 in Manitoba. Bruske has not yet publicly announced her candidacy.

Siobhan Vipond, secretary-treasurer of the Alberta Federation of Labour, is running for vice-president of the CLC. The election will be held during the national labour organization's May 4-8 convention in Vancouver.

Vipond is a former president of Local 210 of the International Alliance of Theatrical Stage Employees in Edmonton, and is IATSE's delegate to the CLC.

Yussuff has been president of the CLC since 2014, when he challenged and defeated then-president Ken Georgetti. Before that, he was secretary-treasurer of the organization from 2002 to 2014. He has come up against a provision in the CLC constitution that requires executive members to retire at 65.

David Climenhaga, author of the Alberta Diary blog, is a journalist, author, journalism teacher, poet and trade union communicator who has worked in senior writing and editing positions at The Globe and Mail and the Calgary Herald. This post also appears on David Climenhaga's blog, AlbertaPolitics.ca.