The Current U.S. Approach to Nuclear Weapons Can Only Lead to Armageddon — Arms Control Provides the Only Path to Peace

After the fall of the Soviet Union, the U.S. is returning to its post-World War II U.S. vision of a Pax Americana. This is embedded in its nuclear doctrine, its strategic vision of controlling all theaters of war. 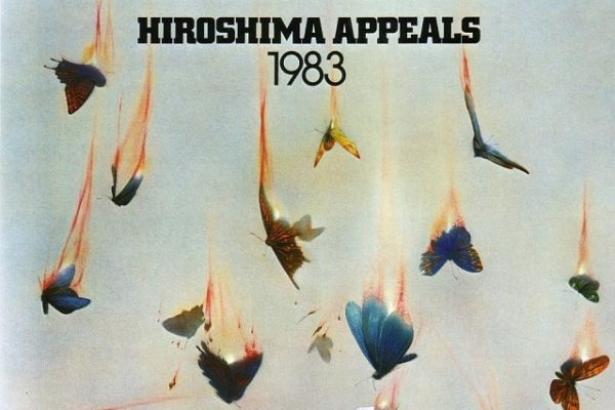 This article was produced in partnership by Newsclick and Globetrotter, a project of the Independent Media Institute.

The decade ends with two major threats to humanity: global warming leading to a climate catastrophe and the threat of a nuclear war extinguishing our civilization. The U.S. has pulled out of the Paris Agreement and is wrecker-in-chief of the weak climate change agreement that all the countries had signed to limit the emission of greenhouse gases. It is also leading the charge for a nuclear armageddon, dismantling all nuclear arms control treaties. Expectedly, there has been a Russian response, but not by matching the U.S. efforts but by asymmetric measures designed to defeat the U.S. attempts of gaining nuclear dominance. Such an asymmetric response does not reduce the threat of a nuclear exchange but only ensures that there will be no winner in such a nuclear war.

What are the threats that could cause a nuclear exchange between the U.S. and Russia? There were three nuclear arms control treaties that were reached between the U.S. and Russia in the ’70s and ’80s, all of which were based on the understanding that nuclear war was not winnable; each side had enough weapons to destroy not only each other but also the entire globe. The three treaties are: the Anti-Ballistic Missile (ABM) Treaty, the Intermediate-Range Nuclear Forces (INF) Treaty, and the Strategic Arms Limitation Treaty, which has now metamorphosed into the Strategic Arms Reduction Treaty (START).

All these treaties were based on what is called mutually assured destruction (MAD) doctrine, that if each side had enough nuclear weapons to destroy the other after receiving a first strike, there would be a balance of terror and therefore less likelihood of a nuclear war. Two of them—the ABM Treaty and the INF Treaty—have been formally abandoned by the U.S., while the fate of the third, START, which expires in 2021, hangs in balance.

To add to nuclear dangers, India and Pakistan have stepped up the rhetoric of war, with India withdrawing from its no-first-use policy. A nuclear exchange in South Asia would have global consequences including a nuclear winter. The U.S. withdrawing from the Iran nuclear deal could also start a nuclear race in West Asia, with Iran looking to acquire nuclear weapons as its only defense against the U.S.—a Samson option—and Saudi Arabia following suit.

The U.S. actions stem from a strategic view that nuclear weapons are like just any other weapon, only bigger, and not that they have qualitatively changed war into an option that surely would—not could—destroy all civilization, and perhaps human life itself. While MAD looks indeed mad compared to nuclear disarmament, it is certainly preferable to a view of winnable nuclear wars.

“the United States is building a new generation of nuclear weapons and delivery systems, will deploy more usable nuclear weapons in ‘forward’ areas, remains committed to possible ‘first use’ of nuclear weapons even against non-nuclear attacks in defense of 30 countries, retains missiles on active alert ready to launch, is skeptical of the possibility of any progress in arms control and is hostile to the global movement to make nuclear weapons illegal.”

This is not a defensive, but an offensive vision of enhancing first-strike capabilities and a winnable nuclear war. This vision is also a part of the document titled Nuclear Operations dated June 11, 2019, drafted by the Joint Chiefs of Staff of the United States. It was published and then hurriedly withdrawn from the U.S. government’s websites, and is now only available from the Federation of American Scientists website.

Developing first-strike capabilities must be seen along with the U.S. withdrawal under Bush Junior from the ABM Treaty in 2002, and NATO’s 25-year march to Russia’s borders, in spite of explicit assurances to the contrary given by the U.S. and other NATO leaders. While the withdrawal by itself does not change the balance of nuclear terror, the intention was clear: now that Russia is down and out, and under Boris Yeltsin, Russia had indeed become a basket case, the U.S. can reestablish its nuclear dominance. This meant a return to the 1945-1949 era, when the U.S. was the sole nuclear power.

The Russian response, stated explicitly by Vladimir Putin in his yearly address to the Federal Assembly of the Russian Federation on March 1, 2018, announced a new range of weapons that were designed to defeat a missile shield, and therefore restore the balance of nuclear terror. The recent testing of a maneuverable hypersonic glider called Avangard is a part of Putin’s new weapons that Russia had developed to defeat missile shields. It follows an earlier hypersonic glider, Kinzhal, whose “tests” he had said in his 2018 speech “have been successfully completed.” He had added that Kinzhal weapons have already started “their trial service.” The two other missiles are Sarmat, a new Intercontinental Ballistic Missile (ICBM) that can attack from any direction and therefore defeat the northern anti-missile batteries that the U.S. already has, and a submarine drone that can destroy aircraft carriers and naval harbors. The one missile that Putin had announced that seems to have encountered problems is a nuclear-powered cruise missile. This seems to have exploded during testing. All of the others have now been tested or are under testing.

After his 2018 speech, the U.S. media ridiculed Putin and deemed Russia incapable of developing a new generation of weapons. The underlying vision was that in a new era where Pax Americana was here to stay, nuclear dominance was feasible as a U.S. strategy, and Putin’s claims of restoring parity were the rantings of a vainglorious leader. And let us not think this was just a Trumpian vision; Obama had also contemptuously dismissed Russia as a regional power that did not pose a security threat to the U.S. The Trumpian vision of winnable nuclear wars is not just the aberration of a megalomaniac and a narcissistic leader, but very much the worldview of the U.S. bipartisan leadership.

It is important to register what Russia has not done in response to the U.S. ratcheting up its nuclear weapons systems. It has not followed the U.S. in trying to develop similar defense shields that the U.S. is investing in. Instead, it has followed a doctrine of asymmetric response by stepping up its offensive capability. Russia recognizes that nuclear wars are not winnable, and parity is not competing with developing the same systems that the “enemy” has. It is enough to develop systems that will make nuclear wars unwinnable, hence Russia’s new weapons whose target is limited to defeating missile shields. Nuclear proliferation expert Joshua Pollack says on why Russia is developing so many systems, “Perhaps all this excess is meant to convince the U.S. of the futility of the BMD enterprise, and induce a more cooperative line of thought in Washington.”

Putin ended his speech on the new weapons with a plea to the U.S. to return to earth and stop the folly of global nuclear dominance. Instead, the U.S. response has been to go forward and test new missiles that were earlier banned under the INF Treaty.

On the New START negotiations, the U.S. has said that they could start such talks on the condition that they include China. Even the U.S. arms control experts are mystified by this demand for a Chinese inclusion. Currently, the United States and Russia have more than 6,000 total nuclear warheads each, while China has about 300. So any such discussion that brings in China can only increase its voluntary limit and not reduce it! The Trump administration’s desire to bring only China into the New START negotiations is either ignorant, or simply grandstanding.

The U.S. media and its experts have looked at the arms control issue through the lens of national interest while examining the claims of the U.S. and the Russian governments. They may dislike Trump, but when it comes to foreign affairs, that gives way to the national imperative of rallying behind the leader, even while holding one’s nose. If there are critical voices, most of them are muted. Russia is guilty unless proven otherwise. The U.S. is always truthful, even after the mega scams of Saddam’s weapons of mass destruction for the Iraq War and the Gulf of Tonkin for the Vietnam War.

After the fall of the Soviet Union, the U.S. is returning to its post-World War II U.S. vision of a Pax Americana. This is embedded in its nuclear doctrine, its strategic vision of controlling all theaters of war, and defining its competition in regional theaters as “revisionist powers.” That the U.S. and its leaders do not understand the world would not have mattered so much in an earlier era. Today, any war, let alone a nuclear one, will inevitably have global consequences. A war between nuclear-armed powers would possibly end humanity, certainly human civilization. The Russian response to America’s nuclear path has been asymmetric—developing new weapons at low costs—with the hope that the U.S. would return to earth and negotiate. The earth is still waiting. Will the global citizens and community of nations now speak up?

Prabir Purkayastha is the founding editor of Newsclick.in, a digital media platform. He is an activist for science and the Free Software movement.

Globetrotter explores the struggles for independence, dignity and democracy in the developing world, from economic models to war and imperialism.

At Newsclick.in, we believe a media organization that gives utmost importance to real news and issues is possible. The one that is independent of corporate media.

At present, most of the digital media across the globe is focussed on maximising advertising revenues. This means that greater attention is on generating TRPs, pleasing advertisers and not news. As a result, balanced news coverage suffers. The urban poor and industrial workers are largely missing from the coverage. Issues such as rural poverty and land struggles are glossed over.

Most of the Big Media is owned by Big Corporate Houses. The budget of these TV channels and newspapers for newsgathering is barely 5-10% of the total budget. International news coverage is almost entirely courtesy western news agencies or feeds from international news networks. Naturally, the Indian media replicates the biases of the western media, whether on stories from West Asia or stories on international terrorism. And as for Africa and Latin America, they are almost invisible in Indian news media.

However, due to the Internet, an alternative is possible. The Internet today, with increased broadband penetration has made it possible to reach a huge section of the society through written and visual material. And this can be done at much lower costs than what conventional TV channels or newspapers need. The Internet has also shown us the power of networks: something that a single group would find difficult to achieve can be achieved if we network activists and groups. A website becomes a hub, with other organizations either linking to or posting their material on what is viewed as open, collaborative space. It is with this vision with which Newsclick.in was set up.

Based on the voluntary efforts, contributions of readers and well-wishers, Newsclick.in covers and analyses key issues in today's world from points of view virtually missing from the coverage of the dominant corporate media. Independent media organisations like us cannot survive without your support. We therefore appeal to our readers to help us remain independent and bring the news that truly matters from across the world to you. Therefore become our supporters.