tv Are Black Women Being Let Down By TV’s Mental Health Storylines?

Bearing in mind the statistics that confirm the stigma surrounding mental health among black and Asian communities, it wouldn’t be too much of a jump to make the correlation between ethnic minorities successfully seeking help for mental health. 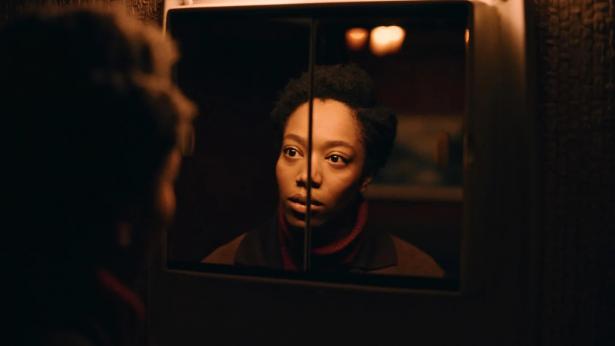 Naomi Ackie as Bonnie in "The End Of The F***ing World", IMAGE COURTESY OF CHANNEL 4.

Bonnie was the most engaging thing about the second series of The End Of The F***ing World. Though we returned to the show eager to find out whether James (Alex Lawther) was alive and how Alyssa (Jessica Barden) was coping with the lingering trauma from the first series, we kind of knew what to expect from our troubled lovebirds. Bonnie (Naomi Ackie) threw another layer of uncertainty into the mix. A third deeply troubled young person, Bonnie expanded the show’s celebrated exploration of mental ill health to include the perspective of a young black woman who had just been released from prison.

It’s tricky. If we look at the ebb and flow of television’s commitment to diverse storytelling, we’re at a point where the need for realistic representation is such familiar territory that poor casting, stereotypical characteristics or unfair narratives are called out on Twitter quicker than many of us can get to watching the shows in the first place. Save for the regressive haters who like to pre-emptively moan about the world being 'too politically correct these days', generally, we know that public consciousness – and critique – of the way communities are represented on screen is a good thing.

Bonnie, a black character whose purpose is (thankfully) far from performing the caricatures of 'blackness' that we’re used to seeing on screen, is also a welcome presence on a big-hitting TV show like TEOTFW which, until this season, had featured only one other character of colour. But when we place Bonnie in the canon of black television characters with fully explored mental health narratives, it’s clear that she’s one of few. Knowing that ethnicity has a part to play in conversations about mental health and minority groups, and that the percentage of people from black ethnic minority groups who receive mental health treatment is lower than any other demographic, my hunger for more of Bonnie’s story isn’t at all surprising. Charly Clive as Marnie in "Pure"

Perhaps it’s unfair to put the weight of that on one character. It’s a big ask in an already dense, eight-episode programme in which Naomi’s portrayal of Bonnie shone brightly and resonated deeply. If we were to look to other TV shows that purposely tackled mental health in 2019 we’d find Pure, Channel 4’s brilliant miniseries which unpicked the common misconception that OCD is just about having a fixation with cleanliness. The broadcaster also released Aisling Bea’s This Way Up, which explores, with expert humour, the stark reality of loneliness in young women and the slow recovery after a nervous breakdown. 13 Reasons Why, Netflix’s contentious teen drama, returned this year for a third season despite widespread criticism of its perceived glamorisation of suicide. The streaming service’s Crazy Ex-Girlfriend, which came to an end this year, will undoubtedly live on as the critically acclaimed musical which nailed a sincere portrayal of mental health.

What do all of these shows have in common? Save for Sky’s Euphoria which, narrated by Rue (Zendaya), gave us one of the most stimulating portrayals of teen addiction and mental ill health in years, the majority of shows – particularly those produced here in the UK – are anchored to the experiences of white protagonists. And though it goes without saying that the experiences of other ethnicities absolutely echo and run parallel to those of these white leads, it is worth remembering that the experiences of non-white people struggling with mental health are affected by factors which are left under-explored on screen. Aisling Bea as Aine in "This Way Up"

Diversity within mental health visibility is a big issue and, as with most areas of representation, there is a correlation between seeing something that truly relates to your experience and feeling comfortable addressing it. Aimee Gee, head of news at mental health charity Mind, told Refinery29: "Our latest research showed that one in four people (26%) who saw a mental health storyline in a soap contacted a friend, colleague or loved one experiencing mental health problems, and one in six (16%) sought help for themselves from a health professional."

Aimee explained that Mind’s media advisory service works with programmes to make sure that their portrayals of mental health problems are sensitive and accurate but added: "Although the number of storylines depicting a mental health problem is growing, we want to continue to encourage the media to show a wider range of different people’s experiences and diagnoses. There is still so much room for more diversity in onscreen portrayals."

Bearing in mind the statistics that confirm the stigma surrounding mental health among black and Asian communities, it wouldn’t be too much of a jump to make the correlation between ethnic minorities successfully seeking help for mental health problems and the rarity of seeing these demographics exploring mental health on screen. Jo Loughran, director of the mental health anti-stigma campaign Time to Change says that we see it in many ways, with BME coverage and men’s mental health, too. "Attitude is changing but there are still people who we aren’t reaching, and I think sometimes the film and media portrayal becomes really important if we’re trying to reach people for whom mental illness is not on their agenda whatsoever," she tells Refinery29.

"If we’re not close to the topic of mental health or we’re experiencing it and we’re internalising some of the stigma that we’re seeing out there, it stops people from talking about their experience, or disclosing if that’s what they choose to do. And what we really need to do is enable. What we know works really well is if we have people who look like us, who sound like us, have the same sorts of jobs as us or who we look up to. It’s really important that we have role models out there talking about their experience of mental illness because it’s that sense of resonance that then says, 'Well, actually that person’s just like me and if it’s alright for them to talk about it with respect and to have that expectation of respect in return, maybe that’s something I can start to do'."

Perhaps this is why Bonnie's narrative grated in TEOTFW. Early on in the final episode of the season (spoiler alert), we find out that Bonnie has confessed to trying to kill James and Alyssa, accidentally killing a motel manager and ultimately attempting suicide herself towards the end. In an interview with the investigating police officer, James asks what will happen to Bonnie. The officer answers: "I don't know." "I don't think she's very well," James replies. "What can you do," the officer shrugs.

In one swift dismissal, Bonnie's trauma and the experiences that led her to that near-fatal end point are wiped away. It's a sharp, frustrating nod towards the state of the criminal justice system I'm sure, but it does nothing to quell the niggling feeling that despite all the leaps and bounds, black women are still either left behind or given the short straw when it comes to the representation of our mental health issues on screen.