Bernie's staff here says we knocked on 130,000 doors this weekend. I did about 250 of those doors, so do the math: 500 people like me. Possibly I’m just swept up in the moment, but it seems like a great social movement in the making. 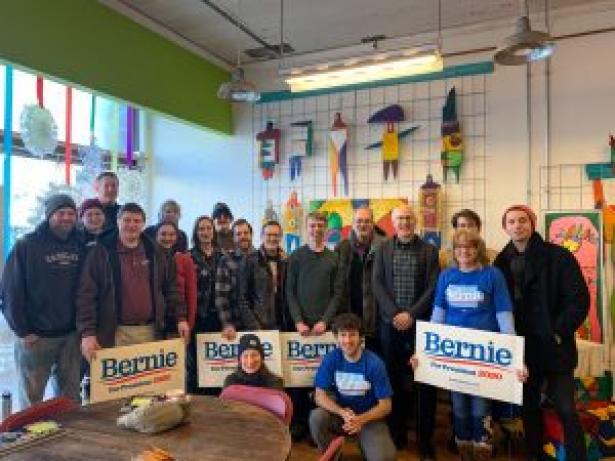