Celia Sánchez Manduley: The Most Famous Woman You Have Never Heard Of

Sánchez was the highest ranking, most revered woman within the Cuban revolutionary government. She earned the status of “first guerrilla of the Sierra Maestra,” as Fidel Castro’s primary confidant, and as the Cuban Revolution’s staunchest loyalist. 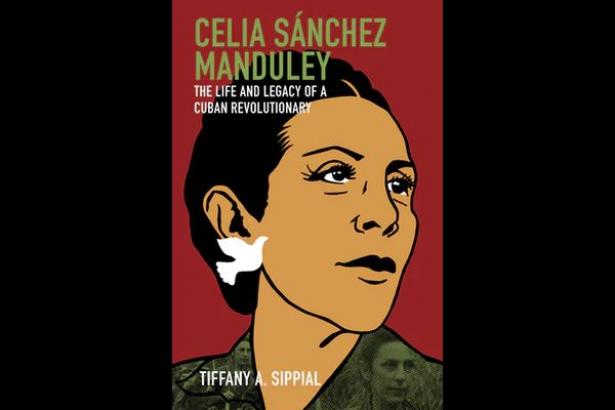 Who is Celia Sánchez?

If the name Celia Sánchez Manduley does not ring a bell, you are not alone. In April 1965, Andrew St. George began his article for Parade with a rhetorical question: “Who is Celia Sánchez?” St. George went on to claim, “it is a reasonable if regrettable guess that, as this is written, not one American in a thousand knows.” Even President John F. Kennedy did not recognize the name when it appeared on blue CIA stationery under a red striped top-secret cover at a National Security Council meeting. Kennedy frowned upon seeing the unfamiliar name and asked, “But who is Celia Sánchez?” Ambassador A. A. Berle reportedly replied: “Sánchez seems to be . . .  the most influential person in Havana.”

What Kennedy soon learned was that Sánchez was the highest ranking and most revered woman within the Cuban revolutionary government. She had earned the status of “first guerrilla of the Sierra Maestra,” as Fidel Castro’s primary confidant, and as the Cuban Revolution’s staunchest loyalist. Years later, her image would appear on two Cuban postage stamps, a commemorative one peso coin, and in the watermark of the twenty-peso note. Still today, however, few Cubans can recall the details of her life beyond a few anecdotes published in state-controlled newspapers on the anniversaries of her birth and death. Most U.S. citizens have still never even heard of her.

Sánchez would have liked it that way. Her legendary aversion to the press meant that few journalists ever interviewed her or captured her on film. One of Sánchez’s long-time colleagues described her to me as “allergic” to cameras. Sánchez even threatened to change her name after the revolutionary war ended in order to evade further press scrutiny. Sánchez was undoubtedly one of the primary architects of the silence surrounding her life, but her story needs telling.

This year marks two important anniversaries related to Cuba’s most revered female revolutionary leader. One hundred years ago (9 May 1920), Sánchez was born in a small sugar mill town, Media Luna, on the eastern end of Cuba. The citizens of Media Luna bristle when recalling that the most famous song composed in Sánchez’s honor links her to nearby Manzanillo. A number of boldly painted billboards posted along Media Luna’s main road proudly claim Sánchez as one of their own. She is more than a local hero; she is their most intimate connection to Cuba’s broader revolutionary story. She is also the primary draw for the few hundred tourists who pass through town each year, many of whom are traveling with bicycle touring companies. They stop to visit her childhood home, which became a national museum in 1989 and houses the largest single collection of her personal possessions anywhere on the island.

Cubans will also honor the anniversary of Sánchez’s death this year. Sánchez died in Havana on 11 January 1980—just a few months shy of her sixtieth birthday—following a quiet battle with a “fungus” that she knew was really lung cancer. Tens of thousands of Cubans joined her funeral procession as it made its way slowly from Havana’s Revolution Plaza to the Colón cemetery. Witnesses claim that this was the only time they ever saw Fidel Castro cry in public. Her crypt is marked only with the number “43,” but visitors regularly place mariposa blooms (the Cuban national flower) in the torch-shaped crypt knob.

This year also marks the release of my new biography of Sánchez—Celia Sánchez Manduley: The Life and Legacy of a Cuban Revolutionary (University of North Carolina Press). The first biography to critically examine her life and legacy, it is the result of over twenty years of struggle with Sánchez’s own aversion to publicity, the vagaries of U.S.-Cuban diplomatic relations, and the high-level security surrounding her personal papers. Approval to access those papers arrived at the last possible moment during my writing process, following a final heartfelt plea to archive officials. Their hesitation is understandable. Granting a U.S. citizen access to the inner chamber of national revolutionary memory is not a decision that authorities took lightly. Only a handful of foreign researchers have ever even entered the repository since its founding in 1964.

My work in the highest-security archives in Cuba transformed the book. With the access I received to her correspondence, ledgers, and personal diary, I could fully grasp the critical role Sánchez played in not only forging the revolutionary nucleus, but also shaping and preserving the history of its accomplishments. These documents opened a new window onto the consciousness of this private woman, revealing how she strategically constructed her own legacy within a history still dominated by men. She reflects in a deeply personal way on her struggles with violence, her political development, and the sacrifices she made as she evolved from an organizer and combatant to the highest-ranking woman within the post-revolutionary Cuban government. These sources humanize the icon in new and powerful ways.

The work to preserve and study the history of the Cuban Revolution and its contributors—like Celia Sánchez Manduley—is arduous. Foreign scholars like myself have had to maneuver through inscrutable bureaucratic systems for years and sometimes decades in order to conduct our work on the island. There is, however, some reason to believe that change is coming. On 19 December 2019, current president Miguel Díaz-Canel Bermúdez proclaimed that, “preserving Cuban national historical memory is a task for all of us.” Lamenting the deterioration of many archives across the island, Díaz-Canel called for the increased digitization of historic documents and promised new funding to support the project. The possibility of future digital access to archival resources in Cuba would be a game-changer for domestic and foreign scholars alike.

I hope that the Cuban government will also consider supporting historic preservation projects centered on women’s specific contributions to the revolutionary process. With the exception of a few small museums dedicated to individual women—like Sánchez’s childhood home museum in Media Luna—the story of women’s revolutionary experiences in Cuba is largely scattered in bits and pieces across a few national museums. Were Cuban officials to create a museum dedicated solely to revolutionary women, Sánchez would undoubtedly figure prominently within that repository. Other women’s stories would also merit recognition, however. I agree with president Díaz-Canel that preserving Cuban historical memory is a collective enterprise and I humbly offer my new book as a contribution to that important endeavor.

Dr. Tiffany A. Sippial is the Director of Honors College and Associate Professor of History at Auburn University. Her latest book is Celia Sánchez Manduley: The Life and Legacy of a Cuban Revolutionary (UNC Press, 2020).