The White House May Impose Classical Style on Federal Buildings

The order forbids “artists, architects, engineers, art or architecture critics, members of the building industry” and anyone else involved with this kind of work from participating in these panels. 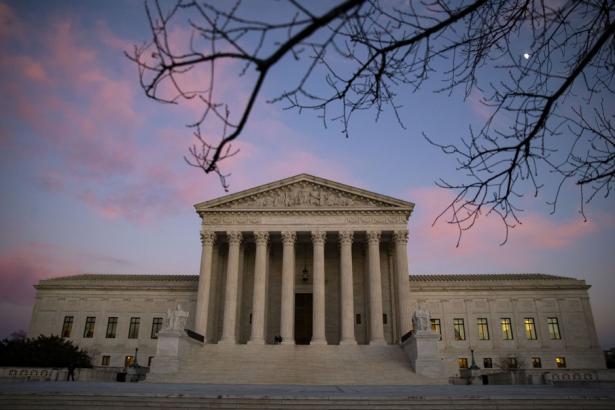 Updated: February 06, 2020 Editor's Note: New details about the draft executive order and the ensuing response have been added to this story.

In 1962, Daniel Patrick Moynihan, then a bureaucrat working in the U.S. Department of Labor, wrote a report on federal office space for President John F. Kennedy. His draft included what came to be known as the “Guiding Principles for Federal Architecture.” A trim manifesto of just 500 words, it still broadly serves the federal government to this day.

“The development of an official style must be avoided,” the future New York senator wrote, one of three rules he set in stone. “Design must flow from the architectural profession to the Government, and not vice versa.”

Now that rule could go out the window. On Tuesday, Architectural Record’s Cathleen McGuigan reported that the magazine had obtained a draft executive order that would require new federal buildings to adhere to a classical architectural style. In the place of diverse architectural styles used in federal buildings for decades, the order would mandate a single national style. This draft policy boasts an appropriately Trumpian name, according to the report: “Making Federal Buildings Beautiful Again.”

The draft executive order seen by CityLab would further authorize a “President’s Committee for the Re-Beautification of Federal Architecture,” which would help draft new guiding principles for federal architecture to replace Moynihan’s rules. The committee would not only work with federal agencies to establish design policies for new projects; it would also work on renovations to existing buildings to change their look, where possible.

The order would also require the U.S. General Services Administration to convene public panels to provide feedback on design proposals. But no experts allowed: The order forbids “artists, architects, engineers, art or architecture critics, members of the building industry” and anyone else involved with this kind of work from participating in these panels.

A source familiar with the draft confirmed that an executive order along these lines is in the early stages of development, but cautions it’s far from a done deal or made decision. If it’s approved, action could take the form of an official White House executive order or an internal bureaucratic missive. (The White House did not respond to a request for a comment from CityLab.)

But the report struck a nerve, at least among design and architecture aficionados. Here was yet another fault line that divides American society, exposed. On the one side, pro-modernist fans of the new and angular and irregular; on the other, anti-modernist supporters for the refined and restrained and symmetrical. The uproar reflects a long-simmering tension between partisans of the two camps (even as most people are able to appreciate both).

Never before has the government sought to intervene in a debate that has mostly played out in shelter mags and obscure corners of Twitter. The backdrop for this rumored effort may be a bitter battle that has framed the development of the Dwight D. Eisenhower Memorial, which is set to open in May in the nation’s capital. The White House move would deliver a haymaker in the fight over civic architecture—by using the power of the state to ban disfavored styles. The proposal raises a host of thorny questions about how, exactly, the federal government would go about defining what classical architecture means. But the intent is crystal clear.

New federal buildings suffer from the corrosive influence of modernism, the draft complains. The order borrows language from Moynihan’s guidelines to condemn contemporary design. As he wrote in 1962, federal architecture “must provide visual testimony to the dignity, enterprise, vigor, and stability of the American government.” Record reports that the draft order uses those same four pillars—dignity, enterprise, vigor, stability—to encompass the world of ideas that modernism gets wrong. In particular, two controversial contemporary styles, Deconstructivism and Brutalism, are called out: Those styles “fail to satisfy these requirements and shall not be used.”

Three newer federal projects are also singled out for criticism: the U.S. Federal Building in San Francisco, designed by Morphosis; the U.S. Courthouse in Austin, Texas, designed by Mack Scogin Merrill Elam Architects; and the Wilkie D. Ferguson Jr. U.S. Courthouse in Miami, designed by Arquitectonica. These are all examples of work authorized under the U.S. General Service Administration’s Design Excellence Program, which has guided the development of federal architecture since 1990.

Never mind that none of those buildings is an example of Brutalism or Deconstructivism. They are all some stripe of contemporary, which ostensibly means they would be out under the new dispensation. Designers of these projects say that they are, in fact, democratic—responsive to the needs of particular peoples and places—even if the buildings themselves do not superficially resemble the ancient Agora of Athens.

“If you took all the courthouses that have been done [in the U.S.] since 1990, you will find every style imaginable,” says Mack Scogin, an Atlanta-based architect who, with Merrill Elam, designed Austin’s federal courthouse, which opened in 2012. “It’s because of the specificity of [each] place.”

“Style is a terrible criteria upon which to judge quality. It encourages the least subtle and most crude way of judging architecture.”

Austin’s courthouse, for example, features the same locally quarried Leuders limestone that is one of the city’s signatures. Scogin also notes that the design was also a response to the very different needs of modern courthouses. When the architects were designing the project, they toured other courthouses with the local U.S. magistrate judge, making note of typically cramped and congested spaces. Today’s courthouses require separate egress systems for the public, for staff, and for prisoners and marshals. Security needs and daylighting preferences for lawyers and judges, plus the constraint of the parcel’s compact footprint, would make a classical design impossible, Scogin says. And in Austin, which saw enormous growth in the late 20th century, it would be inappropriate anyway.

“I’m not sure what style of classical architecture you put in that city,” he says. “Do you replicate Art Deco in 2020?”

A national style might be clearer about what it opposes than what it supports. Goldberger gives the example of the Ronald Reagan Building and International Trade Center in Washington, D.C., designed by Pei Cobb Freed & Partners in the late 1980s. Certainly it has classical elements, including a corner rotunda with a dome supported by columns. Yet the building also features a skylit atrium topped with a conical glass canopy. Whether this building should be judged as ultimately modern or classical is a coin toss.

The American Institute of Architects released a statement on Tuesday rallying behind its modern members. “The AIA strongly opposes uniform style mandates for federal architecture,” the statement reads. “Architecture should be designed for the specific communities that it serves, reflecting our rich nation’s diverse places, thought, culture and climates. Architects are committed to honoring our past as well as reflecting our future progress, protecting the freedom of thought and expression that are essential to democracy.”

On Wednesday, the organization issued a letter to the White House to reiterate its position. In the letter, Jane Frederick, president for the AIA, and Robert Ivey, its CEO, revealed that they met with White House staff on January 15 to discuss the Trump administration’s proposed modernism ban. The letter refers to a meeting with James Sherk, a domestic policy aide at the White House and a former research fellow at the Heritage Foundation, a conservative think tank. In that meeting, Frederick and Ivey outline their hesitations about the “one-size-fits-all mandate,” including cost and burden.

“The AIA does not, and never will, prioritize any type of architectural design over another,” the letter reads.

The National Trust for Historic Preservation weighed in on Wednesday, too, releasing a statement in opposition to the order. The American Society of Landscape Architects also issued a statement outlining the group’s disagreement with the proposal, as did the Society of Architectural Historians.

Michael Lykoudis, dean of the school of architecture at the University of Notre Dame—a citadel of classicism in the arts—says that he’s against the proposal. “I do not support the idea of a federally mandated architecture.  I support the idea that the federal government should be truly inclusive rather than exclusive of architectural directions in its building programs,” Lykoudis writes in an email. “Also while architecture can be appropriated by political factions and used (and misused) for political ends, it is not inherently political. Architecture transcends politics.”

Steve Burke, a regional chief architect at the General Services Administration, appeared to be taken by surprise by reports of the order. Burke, who is responsible for the design of federal projects in the Rocky Mountain region, says that he learned about it when his director, Tony Alonso, emailed around a link to the Architectural Record story. (The GSA referred CityLab to the White House for comment.)

Neither has the subject come up in meetings before the U.S. Commission of Fine Arts, an independent federal agency that has the final say on aesthetics in the nation’s capital. Meeting minutes don’t show any record of revisiting Moynihan’s guidelines, much less banning modern federal architecture. Thomas Luebke, secretary for the Commission of Fine Arts, declined to comment.

Kriston Capps is a staff writer for CityLab covering housing, architecture, and politics. He previously worked as a senior editor for Architect magazine.