2050: Best Case Scenario for the Climate

‘Air is cleaner than before the Industrial Revolution’ 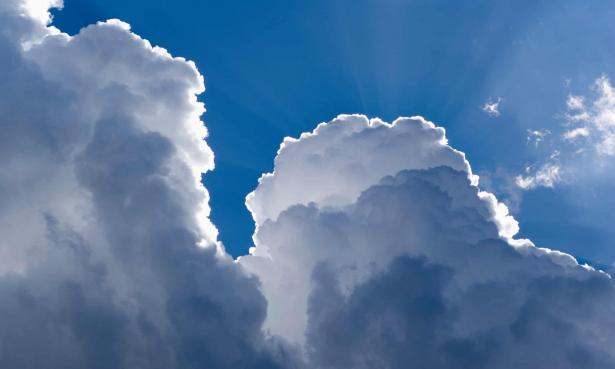 ‘The ambient feeling of living on what has again become a green planet has been transformative.’ , Ichiro/Getty Images

It is 2050. We have been successful at halving emissions every decade since 2020. We are heading for a world that will be no more than 1.5C warmer by 2100

In most places in the world, the air is moist and fresh, even in cities. It feels a lot like walking through a forest and very likely this is exactly what you are doing. The air is cleaner than it has been since before the Industrial Revolution. We have trees to thank for that. They are everywhere.

It wasn’t the single solution we required, but the proliferation of trees bought us the time we needed to vanquish carbon emissions. When we started, it was purely practical, a tactic to combat climate crisis by relocating the carbon: the trees took carbon dioxide out of the air, released oxygen and put the carbon back where it belongs, in the soil. This, of course, helped to diminish climate crisis, but the benefits were even greater. On every sensory level, the ambient feeling of living on what has again become a green planet has been transformative, especially in cities.

Reimagining and restructuring cities was crucial to solving the climate challenge puzzle. But further steps had to be taken, which meant that global rewilding efforts had to reach well beyond the cities. The forest cover worldwide is now 50% and agriculture has evolved to become more tree-based. The result is that many countries are unrecognisable, in a good way. No one seems to miss wide-open plains or monocultures. Now we have shady groves of nut and orchards, timber land interspersed with grazing, parkland areas that spread for miles, new havens for our regenerated population of pollinators.

A major part of the shift to net-zero emissions was a focus on electricity; achieving the goal required not only an overhaul of existing infrastructure but also a structural shift. In some ways, breaking up grids and decentralising power proved easy. We no longer burn fossil fuels. Most of our energy now comes from renewable sources such as wind, solar, geothermal and hydro. All homes and buildings produce their own electricity – every available surface is covered with solar paint that contains millions of nanoparticles, which harvest energy from the sunlight, and every windy spot has a wind turbine. If you live on a particularly sunny or windy hill, your house might harvest more energy than it can use, in which case the energy will simply flow back to the smart grid. Because there is no combustion cost, energy is basically free. It is also more abundant and more efficiently used than ever.

Homes and buildings all over the world are becoming self-sustaining far beyond their electrical needs. For example, all buildings now collect rainwater and manage their own water use. Renewable sources of electricity make possible localised desalination, which means clean drinking water can now be produced on demand anywhere in the world. We also use it to irrigate hydroponic gardens, flush toilets and shower. 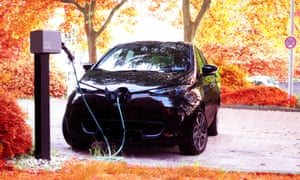 Petrol and diesel cars are anachronisms. Most countries banned their manufacture in 2030, but it took another 15 years to get internal combustion engines off the road completely.

What’s strange is that it took us so long to realise that the electric motor is simply a better way of powering vehicles. It gives you more torque, more speed when you need it, and the ability to recapture energy when you brake and it requires dramatically less maintenance.

We also share cars without thinking twice. In fact, regulating and ensuring the safety of driverless ride sharing were the biggest transportation hurdles for cities to overcome. The goal has been to eliminate private ownership of vehicles by 2050 in major metropolitan areas. We’re not quite there yet, but we’re making progress.

We have also reduced land transport needs. Drones organised along aerial corridors are now delivering packages, further reducing the need for vehicles. Thus we are currently narrowing roads, eliminating parking spaces and investing in urban planning projects that make it easier to walk and bike in the city.

While we may have successfully reduced carbon emissions, we’re still dealing with the aftereffects of record levels of carbon dioxide in the atmosphere. The long-living greenhouse gases have nowhere to go other than the already-loaded atmosphere, so they are still causing increasingly extreme weather, though it’s less extreme than it would have been had we continued to burn fossil fuels.

Glaciers and Arctic ice are still melting and the sea is still rising. Severe droughts and desertification are occurring in the western United States, the Mediterranean and parts of China. Ongoing extreme weather and resource degradation continue to multiply existing disparities in income, public health, food security and water availability. But now governments have recognised climate crisis factors for the threat multipliers that they are. That awareness allows us to predict downstream problems and head them off before they become humanitarian crises.

Everyone understands that we are all in this together. A disaster that occurs in one country is likely to occur in another in only a matter of years. It took us a while to realise that if we worked out how to save the Pacific islands from rising sea levels this year, then we might find a way to save Rotterdam in another five years. 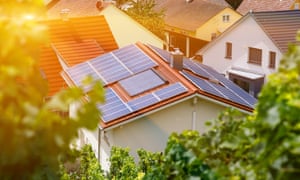 ‘All homes and buildings produce their own electricity.’ Photograph: Lari Bat/Getty Images/iStockphoto

When the alarm bells rang in 2020, thanks in large part to the youth movement, we realised that we suffered from too much consumption, competition, and greedy self-interest. Our commitment to these values and our drive for profit and status had led us to steamroll our environment. As a species, we were out of control and the result was the near-collapse of our world.

We emerged from the climate crisis as more mature members of the community of life, capable of not only restoring ecosystems but also of unfolding our dormant potentials of human strength and discernment. Humanity was only ever as doomed as it believed itself to be. Vanquishing that belief was our true legacy.

• This is an edited extract from The Future We Choose: Surviving the Climate Crisis by Christiana Figueres and Tom Rivett-Carnac, published by Manilla Press (£12.99). To order a copy go to guardianbookshop.com. Free UK p&p over £15

• Christiana Figueres and Tom Rivett-Carnac will be in conversation at a Guardian Live event at the Royal Geographical Society, London SW7, on Tuesday 3 March, 7pm