The Epidemic is Both a Challenge and an Opportunity

The coronavirus epidemic sends out the message that in the current very serious health crisis, representative government is absolutely necessary. It is necessary as a power of democratic control, for the protection of the common good. 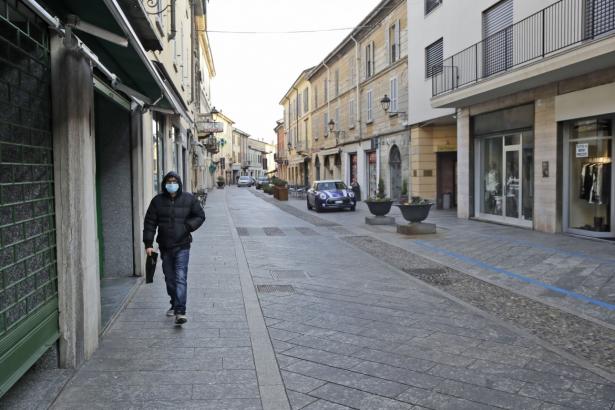 It might seem paradoxical, but the terrible coronavirus epidemic seems to be having the positive effect of bringing the fundamental issues of politics back to the forefront—the same ones that we are often struggling to keep clear in our minds in the first place.

This is because we are living in the historical period in which the crisis of the energy model based on non-renewable sources is precipitating, while everyone can now see the calamity of global warming, that leaves us little hope, and war spreading to the world like products to supermarket shelves, leading to mass exoduses—everyone, that is, except for those in power.

On closer inspection, these are issues that bring once again to the fore the choices to be made about the destiny of our one single race—the human race—and which shine the spotlight once more on decisive issues, such as the forms of much-needed democracy, of equality and freedom in the age of the absolutism of financial capitalism and the hyper-connectedness of information. At the same time, they bring to view once again the residual resistance of the notion of common goods in the face of the logic and institutional practice of generalized privatization, which has dealt a blow to the 99% of human beings who are subordinate and have no power, who find themselves expropriated of all possibilities and wealth, both in the present and the future.

The coronavirus epidemic, both in its real danger and in the media’s exaggerated portrayal, seems to represent some kind of deadly challenge and extraordinary opportunity all at once.

It is an opportunity to become aware of the exact point at which the unstoppable drift began, which is calling into question the foundations of the civilization we have achieved so far—especially now that civilized living seems to have been suspended and, to a certain extent, militarized, while this situation is dangerously becoming accepted as the lesser evil.

What is happening should at least remind everyone that the history of humanity is also the history—including literary history—of its pandemics, which have affected the West and Europe itself, especially when accompanied by armed conflict, such as the Spanish flu during the First World War, not to mention the “founding” epidemics that we ourselves spread during the age of “discovery” of the so-called New World in the Americas, and then in the colonization of continents like Africa.

A widespread sense of increased responsibility should be developing. But instead, we are witnessing the media spin machine that fuels panic, anxiety and a barbaric climate of the fear of the “endless unknown,” together with the revival of xenophobic perversions that are fueling the losing strategy of exalting borders, hatred, walls and further divisions—especially now that we ourselves have become the ones singled out as “infected” and rejected.

Furthermore, it is clear to everyone that, while the epidemic undermines China’s economic primacy and its “objectives” for the new millennium, as Xi Jinping is himself admitting, the whole model of global development—the market hierarchies of real globalization of which China has been the focal point, to everyone’s praise and profit—is now up for debate. It was a globalization without rules, which seemed unstoppable, and which suddenly turns out to be vulnerable, without explicitly admitting it.

It is also unwilling to admit that we ourselves are responsible for the global warming that is destroying resources—unevenly distributed to start with—due to our model of resource destruction that we call development. For instance, let’s take the case of the environmental disaster of the fires in Australia: dried-out areas as large as the whole of Italy have burned to the ground, while the avowedly very democratic government in Canberra continues to deny the role of climate change, blaming it all on some “arsonists.”

In short, the vital issue of the transparency of information doesn’t only concern China, the Asian giant, but it also questions the forms of our democracy and the role of the media and of the digital sphere, all too often dependent on the same leaders of the global market and power holders. And that is a kind of power that is even capable of bending science to its own devices.

The coronavirus epidemic sends out the message that in the current very serious health crisis, government—of course, representative—is absolutely necessary. It is necessary due to the central role of the intervention of the state (whatever the “real Europe” might think, which should reflect on the guilty silence of the private Big Pharma mega-system, which, if it were to discover a drug to treat the disease, it would certainly make us pay dearly for it, or else). It is necessary as a power of democratic control: for instance, nobody knows how high the price of face masks and pseudo-disinfectant products will eventually go, something on which the market is already speculating heavily. It is necessary for the protection of common goods and care in all its forms—from healthcare to environmental restoration, given the poisons that are afflicting the productive base—which should be public and equal for everyone, especially for the weakest (starting from the sick, the disabled, the elderly, children). Similarly, scientific research is crucial—the ugly duckling of state investment, together with education. One of our readers wondered if we could bomb the virus out of existence, to find some use for all those F35s that the government has bought.

These are the real bulwarks against epidemics, not anything else. And that is the “public health government” we actually need, not just the obvious and vague slogan of “all united, all together.” It’s no coincidence that the Italian political right is divided at the moment.

In the face of the insincere cooperation displayed by some, and the backward steps taken by the Lombardy Region itself, what remains is the supremacist-populist style of Mr. Matteo “I want full powers” Salvini himself, who, infected by the contagious lust for power, like a circling vulture or a monatto from a Manzoni novel, has gone as far as to call for the resignation of the Prime Minister. The latter, at least, is committed to stemming the spread of the coronavirus and to getting a grip on the pernicious conflicts that have broken out between the local institutions. Whether Conte is aware of this or not, however, it’s precisely such conflicts that will be exacerbated to the maximum by the plans for “differentiated autonomy” in matters of government.