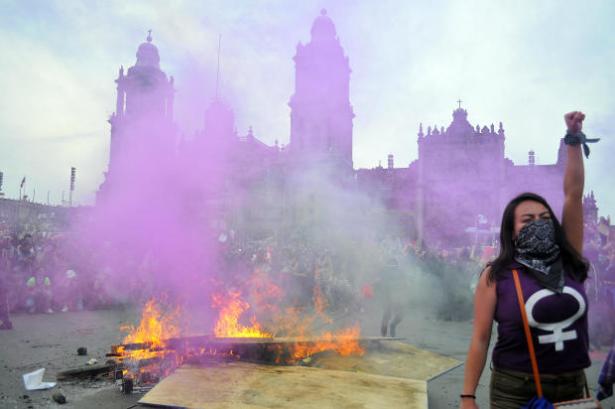 Women take part in a protest during the International Women's Day, in Mexico City, on March 8, 2020,credit: Getty Images

Women of Struggle, Women in Struggle

An introductory analysis of women’s struggles in the Global South, identifying their key characteristics.

The strike was a historic show of force by women tired of what they say is a machismo culture that has for decades turned a blind eye to the violence they suffer simply for being a woman. It rested on a simple idea: Women could show their power by doing nothing.

Frankie Miren / The I (London)

This International Women’s Day, the International Committee on the Rights of Sex Workers in Europe (ICRSE) is launching a campaign in support of sex workers’ grassroots activism across Europe – from Norway to Romania, Germany to Ukraine.

The poem/performance that is sweeping the world.

The last survivor among four radical, Puerto Rican Independentistas who shot up the U.S. Capitol in 1954, died at his home in the capital of San Juan earlier this week, a day short of the 66th anniversary of the attack intended to strike a blow for the island’s independence.

The Delhi neighbourhood of Shaheen Bagh has been the site of an ongoing women-led sit-in protest against the Citizenship (Amendment) Act since mid-December.

Student demonstrations have broken out in universities across the country since the dissolution of the Future Forward Party on February 21.