Coronavirus is not only a public health crisis, it is also a shock to the global economy. Working people must demand that government act, or we and our families will pay the price for others’ lack of action, as we so often have in the past. 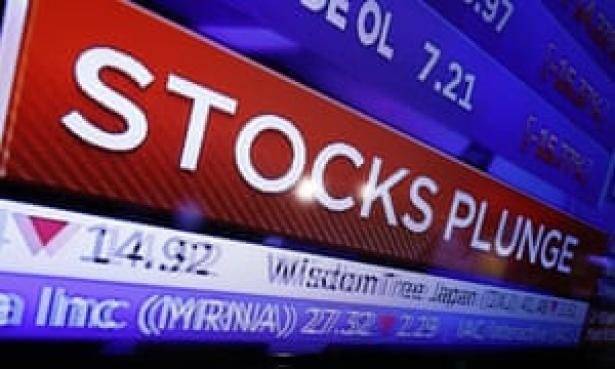 The stock market fell 7% at the open Monday morning. That may not sound like a lot, but it’s a catastrophic collapse—a financial crisis type number. Typically, the market might gain or lose in a whole year the value that was lost by the time the sound of the opening bell faded.

The collapse appears to be the result of a combination of the spread of coronavirus and falling oil prices—two events that are themselves connected. But it needs to be interpreted as an alarm bell, because we are dealing with the threat of two deadly kinds of contagions—one biological and the other economic and financial—both of which pose serious but manageable threats to the well-being of working people.

We have heard a lot about biological contagion and how to stop the spread of coronavirus in our workplaces and our communities. You can get up-to-date information on workplace safety and coronavirus at www.aflcio.org/covid-19 and at the websites of our affiliated unions. But what about financial and economic contagion? This is something elected leaders, economic policymakers and financial regulators must take action to stop.

How does it work? Coronavirus is a shock to the global economy. It stops economic activity of all kinds—shutting down factories, canceling meetings, sending cruise ships into quarantine. The only way to prevent that is to stop the spread of the virus (see above). The consequence of economic activity slowing down or stopping is that businesses lose revenue, and generally with loss of revenue comes loss of profits.

People who trade on the stock market usually price stocks by making projections about the future profits of the companies whose stocks trade on the public markets. The stock market reacts instantaneously to changing expectations about what may happen in the economy and to specific businesses. The stock market itself doesn’t create or destroy jobs, but it does contribute to the overall financial health of companies and of people. When stock prices fall rapidly, they can create their own kind of contagion—exposing fragile financing structures for both companies and people. That can in turn lead to retreat—companies pulling back on investments or, in the worst case, going bankrupt.

So the stock market can create contagion all by itself. But the much more serious kind of contagion has to do with corporate debt. We have had low interest rates for years, and businesses around the world have gone on a borrowing spree. This spree has been one of the causes of relatively healthy economic growth in the last few years, but it has also led to businesses carrying a lot of debt relative to their earnings and growth.

Here is where the danger gets very real, because, as we all know, if you borrow money, you have to make payments on that debt. What if businesses that have borrowed a lot of money suddenly don’t have anywhere near the revenue they expected to have? This is what empty planes and blocked supply chains mean.

If no one does anything and the coronavirus leads to months of revenue shortfalls in overleveraged companies, there is a real risk of pullbacks in investments by those companies or, worse, bankruptcy. Falling stock markets and debt defaults can lead to weak business balance sheets and to weak financial institutions. That is what financial contagion means. We saw that in 2008 when first mortgage intermediaries failed, then hedge funds and stock brokerages, and then major banks.

We need government to act to stop financial and economic contagion until the worst of the coronavirus passes and, most importantly, until everyone has a better sense of the exact nature of the threat—that is, until the uncertainty diminishes. Working people must demand that government act, or we and our families will pay the price for others’ lack of action, as we so often have in the past.

What should government do? First, it should directly address the source of economic contraction by dealing effectively with the coronavirus itself and making sure people who are sick or need to be quarantined are able to do what they need to do for themselves and for society without being impoverished. This means emergency paid sick leave for all who need it. House Speaker Nancy Pelosi and Senate Minority Leader Chuck Schumer have proposed comprehensive emergency paid sick leave for all workers; this is an urgent medical and economic necessity. We need to recognize that until the coronavirus is contained, it will be very challenging to contain the economic consequences of the virus.

Second, government should deliver financial support credit on favorable terms to sectors of the global economy that are threatened by the coronavirus and vulnerable due to overleverage. The U.S. Federal Open Market Committee took a first step in that direction last week by lowering short-term rates by 0.5 percentage point, but that is unlikely to be enough. Central banks need to work with major financial institutions to target cheap credit to vulnerable businesses—airlines, hotels, manufacturers paralyzed by broken supply chains and the like. It is time to discard the old neoliberal idea that we should let banks lend to whomever they want when we appropriately subsidize them with cheap public assets.

Third, government should provide support to the economy as a whole. Congress cannot leave this job to the Federal Reserve. We need to look at bigger emergency appropriations to support our weakened public health infrastructure, particularly hospitals; if the Chinese experience is any indication, we are going to face serious strains to the system as the coronavirus spreads. We need to look at macroeconomic stimulus—public spending to help the economy. This would best be done in the form of investment, such as finally funding infrastructure. But we also need immediate spending; that is why universal paid sick days would be such a good idea, as would be steps to improve the effectiveness of our social safety net—Social Security, Medicare and Medicaid—and make it easier for everyone to get the health care they need right now.

What we don’t need is the standard right-wing response to any and all problems—tax cuts for the rich. Even more than in a normal downturn, that would do harm, diverting desperately needed public resources to those who don’t need them at all.

Most of all, we need leadership and coordination among federal, state and local governments, between the U.S. government and the Fed and governments and central banks around the world, and with multinational bodies such as the International Monetary Fund and the World Health Organization. This is critical, because neither the coronavirus nor the world financial system respects borders, and because people will succumb to fear in the absence of credible leadership.

If Monday morning tells us anything, it’s that we need that leadership now, because once fear becomes contagious, it may be the hardest thing to stop.

Damon A. Silvers is the director of policy and special counsel for the AFL-CIO. He joined the AFL-CIO as associate general counsel in 1997.