labor Class and the Challenge of COVID-19

It is in our power to decide how to meet this crisis.  We could deepen divisions and set off on the fool’s errand of building “Fortress America.” Or we could use it to build community, forge solidarity, revive internationalism, renovate democracy. 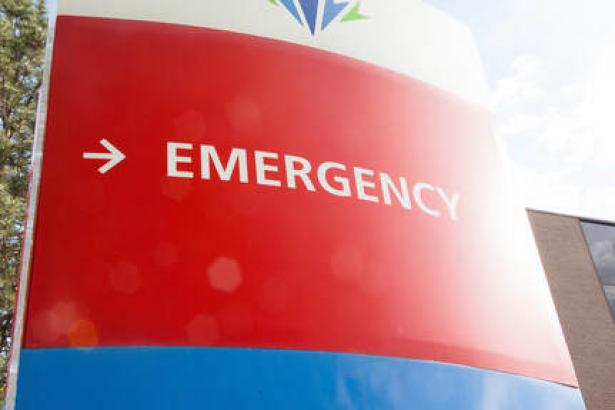 COVID-19, the coronavirus that is spreading across the world, is wreaking havoc on working people and their families.  Weeks after it burst onto the world scene, the end of this deadly threat is still not in sight.  Although it is clear that its death toll will not begin to approximate that of the lethal 1918-19 worldwide Spanish Influenza epidemic, early indications are that COVID-19 could end up inflicting even more economic and political damage than that earlier pandemic.  Its impact is likely to reveal with deeper clarity than we have seen in a long time the class lines that divide our society and the true costs of decades of deepening inequality.

There is no escaping the class dimension of the COVID-19 outbreak, for working people are most likely to be affected by both the virus and efforts to contain its spread.  The way they earn their livings necessarily exposes many workers to the risk of contracting the disease.  Some—such as nurses and homecare workers—put themselves at risk on the front lines caring for those who are ill. More than one-third of the 180 workers Life Care Center of Kirkland, Washington, the Seattle-area nursing home where 13 patients died of COVID-19, appear to have contracted the virus.  Other workers—including flight attendants, teachers, and food service workers—work in highly interactive settings where the virus could easily be contracted and transmitted.  If they do contract the virus, working-class people are more likely to die from it because they disproportionately experience one of the underlying medical conditions that makes COVID-19 much deadlier than the flu: heart disease, diabetes, and lung disease.   Moreover, if they feel ill, U.S. workers are more likely to delay seeing a doctor either because they lack health insurance or have high co-pays that discourage them from getting treatment.

Efforts to contain the spread of COVID-19 also have a class dimension.  As the Chinese and Italians found, workplaces provide natural nodes of virus transmission.  In order to restrain the spread of COVID-19, the Chinese government adopted strict quarantine measures that prevented nearly 300 million migrant workers from returning to their jobs after Chinese New Year celebrations, shuttering that nation’s manufacturing economy for three weeks.  Italy did the same.  Fiat-Chrysler closed its Italian plants as the virus spread.  Manufacturing and service workers worldwide cannot “telework” as many white collar or professional workers worldwide are now beginning to do.  Hourly workers are far more likely to lose income than salaried workers during the coming weeks of “social distancing.”  The relief bill enacted by the House on March 14 guarantees sick leave to only 20 percent of American workers according to the New York Times.  Those still vulnerable include independent contractors or gig workers.  As San Francisco Uber and Lyft driver Steve Gregg explains, he is “not in a position” to stop driving despite suffering mild panic attacks over his fear of infection.  He must work to support his family.  Too many workers like Gregg are still in the position where they must decide between personal financial ruin and accelerating the spread of a deadly pandemic.

In their classic 1929 study Middletown, Helen and Robert Lynd observed that the class lines separating working-class from middle-class neighborhoods in 1920s Muncie, Indiana, were most visible before dawn: working-class homes were first to switch on their lights as their occupants rose to face the workday ahead, which started earlier than the 9 to 5 days of the “business class.”  In the weeks ahead, the class lines that divide today’s America might become most visible around who must still venture out to work and who can work from the safety of home.

Yet crises can also be opportunities.  For forty years, Americans have been subjected to the drumbeat of libertarian market fundamentalism, the endlessly repeated allegation that government action could only worsen problems.  “The nine most terrifying words in the English language are: I’m from the Government, and I’m here to help,” Ronald Reagan famously joked in 1986.  Who’s laughing at that line now?

Crises like the current one have a way of exposing the bad faith of unclad emperors and their minions.  If the impacts of just wars, depressions, and epidemics tend to be differentiated along class lines, they also give the lie to ideologies rooted in atavistic individualism.  While they demand expertise and intelligent leadership, crises of this kind cannot be resolved by “dear leaders” who issue dictates.  Both their courses and their consequences transcend the individual; they demand mass mobilization and collective action on behalf of the common good.

Although we have not chosen this moment, it is within our power to decide how to meet it.  We could deepen divisions and set off on the fool’s errand of building a “Fortress America,” as our wall-obsessed president urges by cynically labeling the contagion a “foreign virus.”  Or we could use it as an opportunity to build community, forge solidarity, revive internationalism, and renovate the crumbling edifice of democracy.

Working-class culture and workers’ movements have long carried within their DNA the antidote to what now threatens us.  The COVID-19 pandemic reminds us of the timeless truth of the principle once popularized by the Noble and Holy Order of the Knights of Labor, the largest workers’ organization in nineteenth-century America: An injury to one must be the concern of all.  If we embrace that time-honored ideal, not only can we reduce the potential lethality of COVID-19, we can begin to build a world more resistant to future plagues.

Joseph A. McCartin is Executive Director of the Kalmanovitz Initiative for Labor & the Working Poor at Georgetown University.