A British cruise ship in distress this week turned to the US government for help and was refused. Cuba acted without self-interest. The ship had been anchored in the Caribbean over the last five days as it frantically searched for a place to dock. 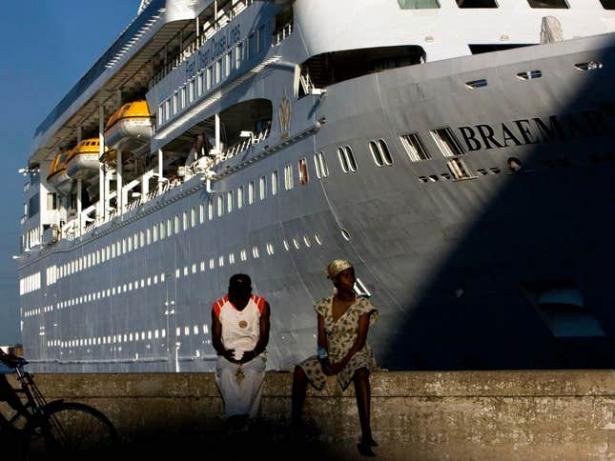 In a sign of true global solidarity, Cuba today allowed MS Braemer, a British cruise ship, to dock on its shores despite having at least five confirmed coronavirus cases on board and another 52 passengers displaying symptoms. The ship, with over 600 mainly British passengers, had no Cuban nationals on board but had requested help from both Cuba and the US.

Cuba acted without self-interest. The ship had been anchored in the Caribbean over the last five days as it frantically searched for a place to dock. Diplomats from the British Foreign Office had urged US officials to allow the ship to dock on American soil but were met with obstacles. Cuban officials instead accepted the request, stating that there must be “a shared effort to confront and stop the spread of the pandemic”. After all, these are still humans suffering, regardless of the passport they hold.

Cuba itself has only had five confirmed cases of Covid-19, and the ship docking could threaten to increase that number exponentially.

This is not the first time Cuban healthcare providers have stepped in to support global emergencies. Cuban doctors were praised after being deployed in West Africa to help during the Ebola crisis. They were said to have put other countries “to shame” following their response to the Haitian earthquake in 2010.

Started in the wake of Fidel Castro’s Cuban revolution, a government program has seen Cuban healthcare professionals sent across the world to help in humanitarian situations and crises. As the US continues to pressurize Cuba’s fledgling economy, even this program has come under threat from the Trump administration.

The coronavirus pandemic should be a cause for uniting the world in our fight against the disease. Cuba has for years run a celebrated universal healthcare system, with outcomes equal to developed countries and one of the world’s highest life expectancies. As the US continues its tenacious push to profiteer from coronavirus through its private healthcare system, its early failure to even provide adequate testing kits to its population speaks volumes. Spain, in a dramatic announcement, this week nationalized all its private hospitals in an effort to contain the impact of the virus. If we needed proof that a nationalized system works better and keeps citizens safer, this was it.

Instead of battling to close borders (only once the US economy tanked, might I add) and fuelling xenophobia by referring to a “Chinese virus”, the president could take this opportunity to prove that he really is capable of leadership. Trump continuing to ask for his wall to built will achieve nothing. With rising fears leading to a spike in gun sales, there must still be room for humanitarian goodness (remember that?), when we treat others, regardless of where they are from, as we would wish to be treated. Iran has already borne the brunt of US protectionism as US sanctions have accelerated the spread of the virus in the country.

After the rise of Isis and other national security crises, Trump was quick to push that old narrative about the US being the policeman of the world. If he really subscribes to that, then it’s time to apply that logic to the coronavirus. The reality is that global economies and international epidemics cannot be treated in isolation. Should a car bomb in Iraq occur, stock prices in the US would take a hit. The spread of coronavirus has already caused a financial contagion worse than the infamous 2008 credit crunch.

This is no longer about making America great again — that theory has already collapsed. It’s about saving the world again. And if Trump squanders that opportunity, other countries have proven they will happily step in.

[Ahmed Twaij is an independent Middle East analyst and an advisor to the Iraqi nongovernmental organization Sanad for Peacebuilding. He is also a photojournalist and has worked with a number of international humanitarian and human rights organizations.]