The last recession brought us the fracking boom, but this one might end our addiction to cheap oil 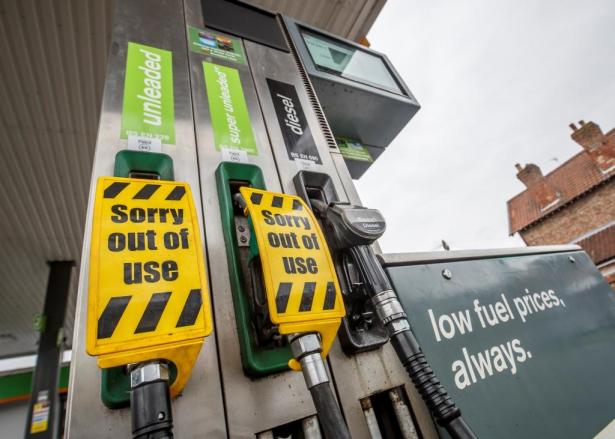 The coronavirus is forcing us to break our addiction to oil in real time, which might help us buy time to chart a path toward a more sustainable economy, PRESS ASSOCIATION VIA AP IMAGES

Equities, bonds, and commodities have all been crashing in the past few weeks as investors fly to the safety of cash amid the coronavirus crisis. It’s unusual to see them all collapse at once, as stocks and bonds tend to move in different directions. But in this crisis, just as bond prices have fallen, the stock market has been bludgeoned. The Dow has returned to its pre-Trump levels.

But the commodity that has taken the biggest beating is the price of oil. At the close of trading Wednesday, oil was standing at a mind-blowing $22.46 a barrel, one-third the price it was at just a month ago, and down 30 percent this week (that figure ticked up slightly on Thursday, after comments from Steve Mnuchin indicated that there may be a bailout on the way). Just a few weeks ago, that number would have been unthinkable. But the combination of a price war between Russia and Saudi Arabia and the economic impact of the coronavirus shutdowns has led to a price shock the likes of which we’ve never seen. As the Saudis continue to slash prices, there’s some expectation that oil could drop as low as $10 a barrel, a death sentence for companies all over the globe.

The only thing that’s been holding back American oil from plunging even further is the Trump administration’s commitment late last week to purchase U.S. crude to fill its Strategic Petroleum Reserve. Some analysts expected a corresponding 30 percent drop in activity at domestic shale oil wells, to help curb the glutted supply, but even that hasn’t materialized: American oil producers have continued pumping at record-breaking rates. And fracking, the main source of U.S. energy production at this point, is an extremely capital-intensive process that wasn’t turning a profit even when oil was twice as expensive as it is today. It feels like a matter of time before the wells go dark.

One would think that, with oil at its cheapest price point in 18 years, this would be met with some uptick in demand. But widespread layoffs, work-from-home mandates, and social-distancing measures taken by countries all over the world have put global oil consumption, which averaged just over 100 million barrels a day in 2019, hurtling toward the biggest annual contraction in history. Events like this are rare: Oil demand has only contracted in three years since 1985. Now, some estimates say demand could easily drop by ten million barrels a day in this quarter and beyond, nearly four times the 2.65-million-barrel drop in 1980, when the world economy crashed after the second oil crisis.

These conditions have conspired to create terrible destruction and suffering, but also an opportunity. The coronavirus is forcing us to break our addiction to oil in real time, a development that might help us buy time to chart a path toward a more sustainable economy when the pandemic ceases. Breaking the world’s historic oil consumption pattern was always going to prove extremely challenging, even in an era with aggressive environmental policies. Now, all of a sudden, the global markets have done it themselves.

A ten-million-barrel drop in consumption would bring us back to where we were the last time the economy crashed in 2008. In the aftermath of the recession, one of the policies pursued by the Obama administration was to massively expand oil and gas output in the United States, encouraging the domestic shale industry while rolling back the oil export ban that had been the law of the land in the U.S. for decades. In September 2008, U.S. oil production had stagnated at less than 4 million barrels a day. Now, over a decade later, it’s over 13 million, accounting for a large majority of the worldwide increase in consumption that we’ve seen in recent years. The United States, in fact, not Saudi Arabia or Russia, is the foremost producer of oil and natural gas in the world.

The opportunity exists to invest in renewables, which could easily pick up the slack once the economy returns to full bore, and initiate the process of managed decline of the fossil fuel sector, an environmental imperative.

With production through the roof and prices low for the better part of the decade, oil consumption skyrocketed from 90 million to 100 million barrels a day, thanks in large part to those Obama-era policies. Of course, that decision was an environmental catastrophe, one that helped solidify our path on the worst-case-scenario track of basically every major climate model. And that decision has hardly been reckoned with: Even after he left the Oval Office, Obama boasted about his expansion of the American oil and gas sector in speeches.

So if the Obama administration used the 2008 financial crisis to help expand global oil consumption considerably, and entrench us further in our reliance on fossil fuels, the current economic crisis brings with it an opportunity to undo those mistakes. The Trump administration has indicated it will intervene to save American oil companies, a move which, in the midst of an accelerating climate crisis, should be condemned as a criminal proposition. But given how steep their losses are, how much debt those companies have already piled up, and that the price war shows few signs of abetting, it would take a gargantuan financial package to save them over the long term. The opportunity exists, instead, to invest in renewables, which could easily pick up the slack once the economy returns to full bore, and initiate the process of managed decline of the fossil fuel sector, an environmental imperative that will happen one way or another if we want to keep the Earth from burning.

Like what you're reading? Chip in... SUPPORT THE PROSPECT

The environmental benefits of doing so, beyond just lowered CO2 levels, have been showcased immediately in this coronavirus shutdown. All over China, air quality is better than it’s been in years. The story is similar in the United States. Because of lessened car traffic, Los Angeles, Seattle, and other American cities are seeing a drop in smog and an improvement in air quality, simultaneously proving that an expansion of telework and a return to more locally focused economic activity could play a role in climate policy going forward.

Already, the crisis conditions have proven to be an opportunity to advance important legislation on housing, health, and student debt. But the opportunity to make meaningful progress in the realm of climate may be unparalleled in scope, urgency, and importance. Democrats in the Congress should vehemently oppose an oil bailout, or at least ensure that it comes with concurrent investment in green energy, and a path for the oil sector’s managed (and inevitable) decline. The market demands it.

Alexander Sammon is a staff writer at The American Prospect. His email is asammon@prospect.org. Follow @alex_sammon