labor ‘Bernie Has a Real Decision to Make’: Labor Throws in With Biden

Joe Biden has racked up endorsements from four of the largest — and most politically influential — unions in the past 10 days, a show of force that has bolstered his standing as the de facto Democratic nominee for president. 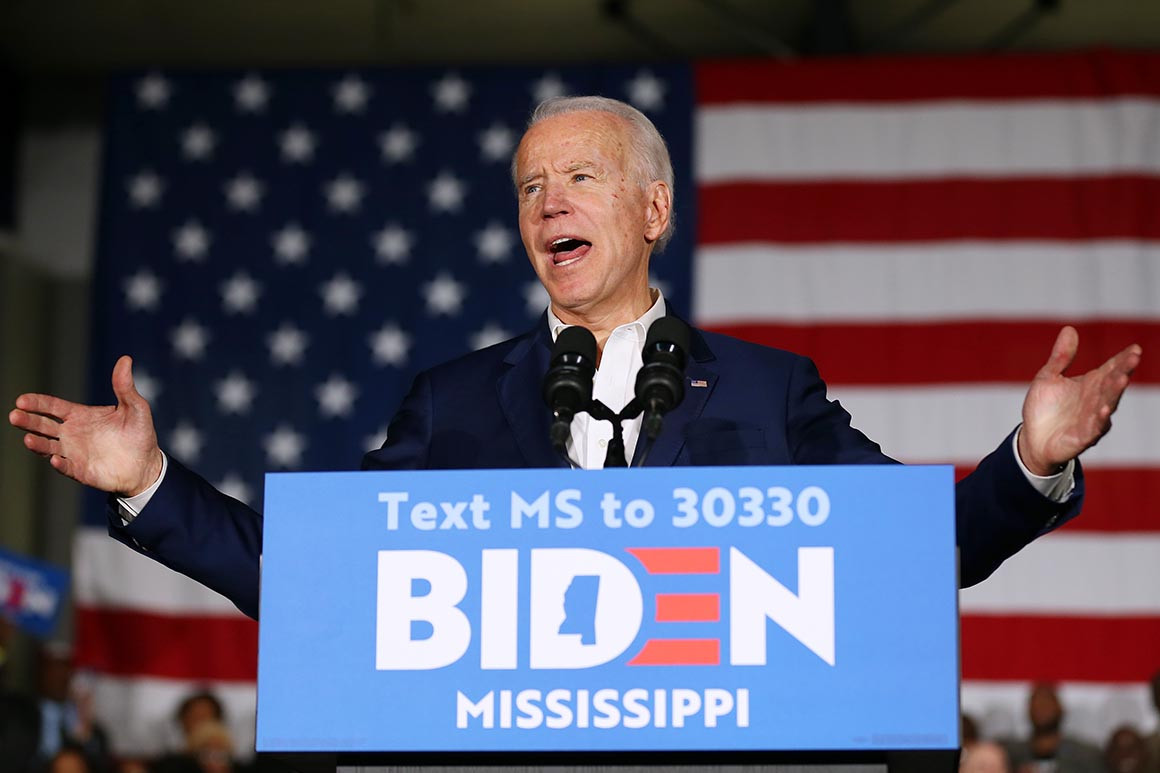 Joe Biden has racked up endorsements from four of the largest — and most politically influential — unions in the past 10 days, a show of force that has bolstered his standing as the de facto Democratic nominee for president and dealt a serious blow to Bernie Sanders’ flickering hopes.

“Bernie has a real decision to make,” AFT President Randi Weingarten said without explicitly calling on Sanders to drop out.

“I’m optimistic that Bernie always finds a way to meet the moment, and I’m optimistic he’ll meet the moment here. It’s obvious to me Joe Biden has earned this,” Weingarten said. She credited the Vermont senator for his positive tone in campaigning and efforts to pass an economic stimulus package in response to the coronavirus pandemic.

The coalescing of major labor support — including three of the four large public employee unions — behind Biden came as the latest blow to Sanders, a union ally whose progressive campaign is built around helping working people. Absent an unforeseen turn of events, Sanders has little realistic hope of overcoming Biden’s sizable lead in the race for enough delegates to clinch the nomination.

Sanders, however, isn’t ready to quit. 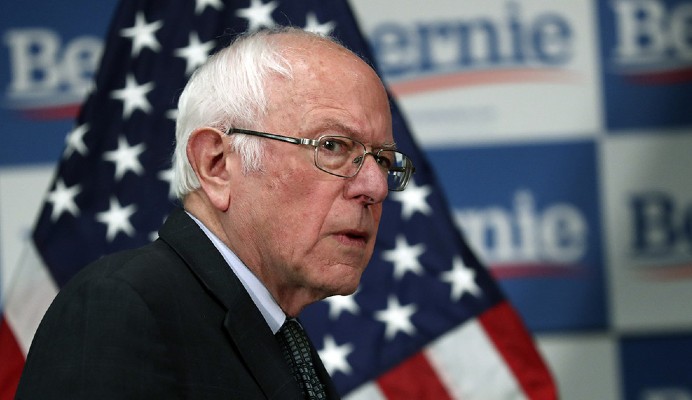 On Tuesday, Sanders’ campaign touted its organizing efforts “in the ramp up to the New York primary” on April 28. His campaign also told The New York Times it plans to participate in the Democratic presidential debate in April, if one is held.

But Sanders is refraining from taking shots at Biden, and he’s using his campaign and Senate offices to raise awareness of and funds for the response to the coronavirus.

Asked about Sanders' decision to stay in the race, Biden told CNN on Tuesday: “That’s his decision. And I've been asked that question, as you recall, about all of the other folks who were in the primary before — all of whom have dropped out. I think with one exception [all of them] formally endorsed me. That’s a decision for them to make, not for me to make.”

The last of the large public unions, Service Employees International Union, hasn’t yet endorsed. But according to SEIU officials, it’s not because of a division in their ranks or a fear of weighing in; it’s because the coronavirus is requiring it to focus on the safety of its members, many of whom work in health care, custodial, child care and building-security services.

The AFL-CIO also has not yet endorsed, which is relatively common in presidential primaries, meaning the past four major endorsements Biden landed are likely the last to come in the race.

“Certainly, it’s a signal to Bernie Sanders that progressives and the Democratic Party are consolidating behind Joe Biden’s candidacy,” said Steve Rosenthal, a top national union consultant and former political director for AFL-CIO.

Rosenthal said the endorsements should have a tangible benefit for Biden in the general election in the union-heavy swing states of Michigan, Wisconsin, Pennsylvania and Minnesota. A poll in those states conducted for a Democratic group in December showed that 68 percent of former union members and voters who model unionlike characteristics viewed unions favorably and 67 percent saw unions as a viable source of information about candidates and political topics.

Rosenthal pointed out that all of the unions revamped their endorsement processes to ensure they wouldn’t be accused of misrepresenting their support, a charge leveled by some backers of Sanders in his 2016 Democratic bid against Hillary Clinton.

The NEA said it’s looking forward to the general election.

“With so much at stake in this election, educators are now focused on November, where as a union, we have the ability to reach voters in a meaningful way, unlike any other organization. We will be organizing and using our collective voice to propel Joe Biden to the White House,” Lily Eskelsen García, NEA president, said in a statement.

NEA kicked off the wave of endorsements on March 14, three days before the last round of states voted and made Biden the presumptive nominee.

After that, AFT, AFSCME and the food and commercial workers unions were ready to endorse. But they decided to hold off to see what happened in theMarch 17 elections. Weingarten said one major factor in delaying the endorsement process was input from members in Florida, where Biden went on to crush Sanders by about 40 percentage points.

Three days later, she said, support for Biden over Sanders among members was 2-1. It was a huge shift from its Feb. 20 decision, reflecting the divided membership, to issue a triple endorsement of sorts, backing Biden, Sanders and Elizabeth Warren.

“We saw a tectonic shift in the March primaries, as did everybody else, in terms of Democrats coalescing behind Biden as well as our own members,” Weingarten said.