'It Spreads Like Wildfire': Coronavirus Comes to New York Prisons 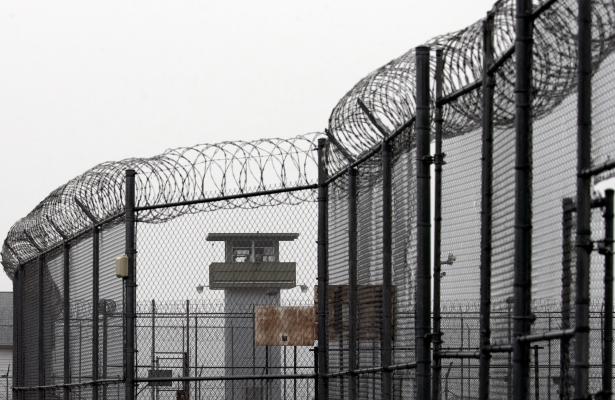 Last week, Adam Roberts, who has been incarcerated in New York State since 1999, began to prepare for the arrival of covid-19, the respiratory infection caused by the novel coronavirus, at Fishkill Correctional Facility, in Beacon. He began washing his hands more often and keeping his distance from men in the mess hall; he noticed someone in a common area using a TV remote through a plastic bag. Roberts has an intolerance to dairy and worries about losing access to foods he can eat, so he planned to buy as much instant ramen, tuna, mayonnaise, peanut butter, and tea from the commissary as he could. “It seems like things are slowly shutting down,” he told me on Thursday. “Funny that prison may be safer than the outside—until, that is, covid inevitably finds its way in here. At which point it spreads like wildfire.”

The New Yorker’s coronavirus news coverage and analysis are free for all readers.

“It is absolutely impossible to practice social distancing in prison,” Laron Rogers, who is serving twenty-five years to life at Sing Sing, wrote to me on Wednesday, a day after officials confirmed that the Sing Sing officer had tested positive for covid-19. Rogers learned about the positive test from his peers, not the prison administration. “As you might imagine, we are extremely concerned with the lack of information concerning a contingency plan,” he said. “We all feel like it is only a matter of time before this virus enters and spreads rapidly in here.” At the time, Rogers said, many correctional officers were not wearing rubber gloves, even when collecting large numbers of I.D. cards or patting men down for contraband. (The D.O.C.C.S. did not respond to a request for comment on this matter.)

Preparations for the coronavirus have now seeped into nearly every aspect of life in state prisons, according to about a dozen incarcerated sources in five different facilities. Ten days ago, D.O.C.C.S. closed all its prisons to visitors—with the exception of non-contact legal visits—and issued each prisoner five postage stamps, two electronic messages, and one free phone call per week. (Roberts had been expecting a visit from his cousins, their first in more than a year.) Prisons are distributing bleach and have been posting memos that encourage hand washing. But experts say that none of these measures can prevent a widespread outbreak of covid-19. “It’s nearly impossible to provide infection control in these settings,” Gregg Gonsalves, an epidemiology professor at Yale School of Public Health, who has researched access to treatment for hepatitis C in state prisons, told me. “If you wanted to set up a situation that would promote rapid transmission of a respiratory virus, you would say prison: it’s close quarters, unsanitary, individuals in frequent contact.” Across the state, prisoners are trying to stand a few feet apart in long lines and crowded mess halls; educational and vocational programs have been cancelled—though some jobs have not.

“All programs have been cancelled except the Soap Shop,” Shakim Allah, who has been incarcerated for forty-three years, wrote to me from Great Meadow Correctional Facility, in Comstock. Earlier this month, about a week after New York reported its first case of covid-19, and when stores were beginning to run out of toilet paper and hand sanitizer, Governor Andrew Cuomo announced that incarcerated workers had begun producing a state-branded hand sanitizer, called NYS Clean. The soap shop is part of Corcraft, a state entity that pays workers between sixteen and sixty-five cents per hour, and has been operating around the clock at Great Meadow. “There are major complaints about the conditions men are being forced to work under as well as pay,” Allah told me. He said that men are working eight-hour shifts and have been promised letters of commendation from the Governor. Allah also alleged that some workers have been unable to punch time cards, to record their hours worked, have worked double shifts, or have worked on the expectation of future pay. Until recently, alcohol-based hand sanitizer was not available in state prisons, even to the workers who produced it; late last week, a journalist asked Cuomo about the issue, and D.O.C.C.S. announced that it would begin to distribute sanitizer in common areas.

Victor Garcia, who is also incarcerated at Great Meadow, serving fifty-five years to life, told me that fears of an outbreak have grown by the day. He wrote that staff members had distributed spray bottles of bleach and extra bars of soap; only two men were allowed to sit at mess-hall tables that were previously used for four. “It seems like the department is doing everything in its power to keep the virus from entering and spreading,” he said. Still, he has been alarmed by news reports about the rapid spread of covid-19, and worries about his family, especially his ninety-six-year-old grandmother. “I have never experienced this level of panic coming from our families, corrections staff, government, and the media,” he told me.

At Bedford Hills Correctional Facility, the state’s largest women’s prison, officials have been distributing bleach and telling women to wash their hands, avoid groups and sick people, and cough into a tissue; movement between housing units was cut off on March 17th, according to Misha Louis, a member of the prison’s Inmate Liaison Committee. The restrictions initially caused an uproar, Louis said, and some women experienced anxiety attacks. “We are keeping each other strong,” she told me. Another woman at the prison, who earns about a quarter per hour distributing bleach, said on March 20th that most programs had closed but that general medical appointments had not stopped, and that incarcerated women were still working at a D.M.V. call center located at the prison. She had been working overtime every day for a week. “I’m tired but I love my job,” she told me. Women were eager to protect themselves by cleaning their living spaces, the woman said, but some officers were allegedly hoarding the bleach that her crew was distributing. “There’s an unspoken understanding amongst us as inmates, too, that, if we were to fall terribly ill, precious resources may not be ‘wasted’ to save one of our lives,” she said.

When I asked D.O.C.C.S. about preparations for the coronavirus, a spokesperson told me that every facility has an emergency control plan, and that state prisons were used to dealing with infectious diseases, such as tuberculosis, hepatitis, influenza, and H.I.V./AIDS. (All of these infections spread in different ways and at different rates than the coronavirus, and can be treated with medication.) “At all times, D.O.C.C.S. retains supplies, equipment and other resources that can be readily available, if needed, to those impacted in correctional facilities during the spread of an infectious disease,” the spokesperson said. “Additionally, the Department has medical staff specially trained in infection control employed in facilities across the state.” According to the Correctional Association of New York, which oversees D.O.C.C.S., emergency control plans are considered security directives and are not available to the public. (The association shared a hundred and seventy-five page D.O.C.C.S. manual on infectious diseases, meant to guide employees on such practices as personal hygiene, infection surveillance, disinfection and decontamination, and the use of personal protective equipment. It lists policies for the control of about twenty specific diseases.)

On Friday, I summarized my reporting for Gregg Gonsalves, the epidemiologist, and asked him whether he considered the prison system’s preparations sufficient. “You have a gaping wound and you’re giving a Band-Aid,” he replied. Although the U.S. as a whole may be able to flatten the curve of the outbreak through social distancing, Gonsalves said, he expected to see in prisons, jails, and immigration detention centers a largely “uncontrolled, unflattened curve,” even if the incarcerated try to practice social distancing and have constant access to soap and hand sanitizer. Oluwadamilola Oladeru, a resident at the Harvard Radiation Oncology Program, who co-authored an op-ed, with Gonsalves, on the threat that covid-19 poses to those who are incarcerated, pointed out that, if the health system is overwhelmed, people in prison may not only get sick from the coronavirus but may also lose access to ongoing care for chronic conditions, such as diabetes and respiratory illnesses. The U.S. prison population currently includes more than a hundred and seventy thousand people over the age of fifty-five, an age group that is particularly vulnerable to covid-19.

“Sick inmates, elderly, and women who are not dangerous as well as parole violators should be released,” Misha Louis wrote to me from Bedford Hills. “That way they will not be exposed in large numbers to the virus and take up hospital beds that the state does not have to spare.” She is not alone in calling for these steps: in the past week, activists, legislators, judges, public defenders, and prosecutors have all advocated for decarceration to slow the spread of the pandemic. Gonsalves suggested medical furlough for elderly and at risk prisoners and the release of people near the end of their sentences. “You have to reduce the population load to reduce the risk of infection,” he said.

In Fishkill, Adam Roberts had as normal a weekend as he could: he listened to coverage of covid-19 on the radio, cooked apple turnovers, and watched long stretches of Animal Planet, which has become one of his go-to distractions. No inmates have tested positive at Fishkill, but D.O.C.C.S. told the prison’s Inmate Liaison Committee that some men are under quarantine. For a few days now, Roberts has been expecting the start of an outbreak. “I have to believe it’s here,” he told me. “The numbers say it has to be here.”

Daniel A. Gross is a writer and radio producer in New York.