We Were Warned Again and Again – We Did Nothing

The international community—which never has any problem committing great resources in the pursuit of war —has never done anything to prepare for the possibility of pandemics. Nothing at all. 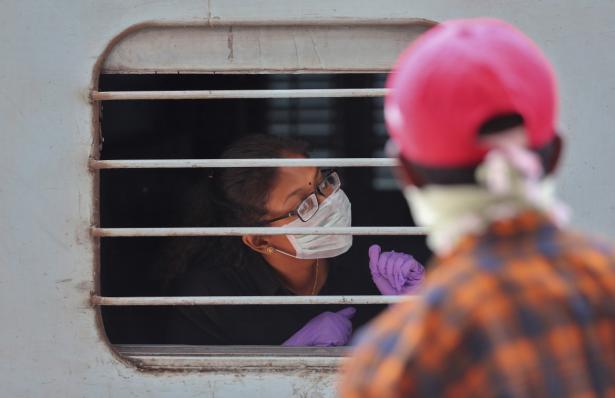 In both large cities and small towns, in Europe and across the world, we are every day heading deeper into a scenario straight from a dystopian film, as if empty streets, latex gloves, face masks and self-isolation have become the new normal.

Sunday in India, the first test of a total national shutdown in human history took place from 7 a.m. to 9 p.m., involving 1.3 billion citizens, in a country where an estimated 1.8 million people are homeless and 73 million don’t have decent living conditions. Never before have the gears of the whole world been brought to a halt by a virus. SARS-CoV-2 made the cross-species leap in an unknown place somewhere in the city of Wuhan, and since then, it has been unstoppable in crossing all the national borders that globalization has been trying to erase as much as possible in recent decades.

While it reminds us of just how interconnected and interdependent we are on this earth, despite our functional and existential frailties, the first paradox is that multilateralism fell apart from the first months of worldwide contagion.

The international community, which today is toying with its commitments—always subject to postponement—to sustainable development, has never learned from the signs of corrosion that it has been seeing since the beginning of the millennium: the attack on the Twin Towers in 2001 and the financial crisis of 2008, which never truly ended.

It has never been willing to learn that it should thoroughly overhaul the inefficient, fossil-fuel-exploiting foundation of the planetary economy, which is progressively destroying the environment and creating injustice.

Even worse, in our age of knowledge, it has never appreciated the value of the findings of the scientific community. WHO experts had been warning for years about a possible new pandemic like the Spanish Flu of 1918.

The 2019 Annual Report on Global Preparedness for Health Emergencies by the World Bank’s Global Preparedness Monitoring Board highlighted “a very real threat of a rapidly moving, highly lethal pandemic of a respiratory pathogen” which could wipe out 5% of the global economy.

Now that we’re in the midst of the crisis, SARS-CoV-2 looks like precisely the virus they’ve been expecting. More difficult to contain than the first coronavirus that managed to cross species this century—SARS in China in 2003—COVID-19 has already caused 10 times more infections in a quarter of the time.

Unfortunately, the international community—which never has any problem committing great resources and many men in the pursuit of war, with regular exercises and rapid intervention forces—has never done anything to prepare for the possibility of pandemics. Nothing at all. In the US, the last serious exercise simulating a pandemic dates back to 2001 (the Dark Winter Exercise). Europe is in an even worse position. It doesn’t have even a shred of a health policy at the EU level, so there is no joint program for tackling a health emergency.

Instead, while the first outbreak of the virus was wreaking havoc in Wuhan, European countries were looking at China from a distance, somehow convinced—no one seems to know why—that the epidemic would never affect the Western world.

They would have done better to study the epidemiological data shared by China starting from Jan. 7 (the day an epidemic was officially declared) onwards. They would have understood that the whole world was likely to have to deal with COVID-19 at different stages of its viral evolution. Instead, contrary to the bonds of cooperation called for by the International Health Regulations adopted by the WHO in 2005 in the aftermath of the SARS outbreak, European countries (just like the rest of the world) have been taken over by a viral form of health sovereignism, often tilted towards inaction.

One might call that the perfect formula to transform Europe into the global epicenter of the spread of the virus.

COVID-19 had an easy time infecting Italy: here, the National Health Service—founded on universal values—one of the most revolutionary and effective institutions in Europe in the welfare sector, the public policy initiative that has contributed more than any other to the economic and social development of the country, had been brought to its knees with round after round of cuts. In less than ten years, from 2010 to 2016, 70,000 hospital beds disappeared, 175 hospital units were closed, and the autonomous local health offices were reduced from 642 in the 1980s to just 101 in 2017. All for the benefit of private healthcare and the insurance industry, which offer no protection against pandemics. Private sector health spending increased by 9.6% in 2017, forcing 7 million Italians into debt.

Now, with the COVID-19 outbreak, we are seeing everyone’s true colors. In many countries, people have continued living as if nothing had happened—even today, several northern European governments are simply advising people to avoid mass gatherings, while “social distancing” remains an ambiguous concept. Many have gone into self-isolation by personal choice.

The principles of solidarity are a distant memory—it’s enough to think of the reactions of Germany and France to Italy’s requests for medical supplies. And the old and violent tension between the right to health and the logic of the economy has once again caused the pendulum to swing too far towards the side of the market. It took no less than three months after the WHO’s declaration of an international health emergency for the European institutions to understand the magnitude of the challenge. A few days ago, the ECB finally adopted the €750 billion emergency purchasing plan for the pandemic, plus €1.8 trillion for new loans for households and businesses. For its part, the Commission has suspended the Stability Pact.

The post-COVID-19 period will be like a post-war period, with plenty of rubble to sift through and, sadly, with plenty of casualties—but also with the demand for a rebuilding. However, we will have new conditions and a new awareness to reinvent the forms of politics for a Europe that would be stronger, because it would be more just and established on the foundation of real equality. With its shocking and painful appearance on our continent, the silent and invisible coronavirus is, paradoxically, our only chance.