In our current social climate, the antisocial aspects of "Curb's" 10th season often come off as shrewdly protective. 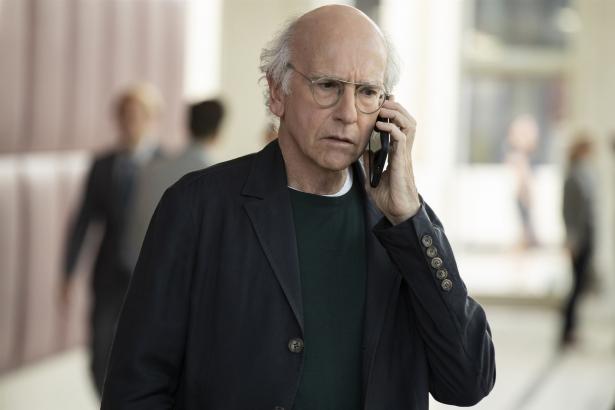 The season finale of "Curb Your Enthusiasm" aired on HBO this week and the episode — titled "The Spite Store" — was a welcome snapshot of pre-pandemic America, a seemingly foreign place that existed as recently as February. It also acted as something of a metaphorical harbinger of the current dire turn in world events. That's no surprise, as the show thrives on a litany of complaints centering around the hypermundane pitfalls of capitalism, which "Curb" star Larry David has sharpened to an extremely fine point over 30 years, going back to his first success as co-creator of the over-achieving "Seinfeld."

Both vehicles exploit and question the unspoken social contracts that connect and police the service workers, retail, healthcare, airlines, and various other industries that frame the contemporary Western lifestyle.

Both "Seinfeld" and "Curb Your Enthusiasm" have taken everyday consumerist dread to operatic levels. But whereas "Seinfeld" had a grittiness and claustrophobia attached to it inspired by David's days as a struggling comic, "Curb" is largely a rich man's comedy. It's a fantasy retirement diary of walking the earth in loose-fitting clothes and comfortable shoes, owing nothing to everyone and raising your voice in protest should anyone object.

(Some Season 10 spoilers below.)

Both vehicles exploit and question the unspoken social contracts that connect and police the service workers, retail, health care, airlines, and various other industries that frame the contemporary Western lifestyle. But in our current social climate, the antisocial aspects of "Curb's" 10th season often come off as an unintentional prophecy. What was once supposed to be paranoia now reads as shrewdly protective. Ever the fan of social avoidance before it was an inescapable necessity, there is Purell hand sanitizer readily available at every table in David's coffee shop, Latte Larry's, out of a healthy germophobia. Latte Larry's also refuses to stock bath tissue in the restrooms so as to discourage any activity that may require it.

While David is seen as a singular misanthrope, many of the most beloved jokes hit on the universality of their premise, including the pains of the doctor's office and that favorite punching bag of comedy: airplanes. Or sometimes both, such as when a doctor won't see a sick patient on a plane in "The Accidental Text on Purpose" episode from season nine.

The show has also touched on the way the homeless are cruelly dismissed by society, as in the first season's episode "The Bracelet," where Larry is mischaracterized as living on the street simply because of how he is dressed and for having a conversation — although refusing to shake hands — with a homeless man. He is then denied entry into a jewelry store as a result.

In the early days of his career, David's real-life friends suggested he go on welfare due to his lack of well-paid work, according to the exhaustive podcast "Origins" with writer James Andrew Miller. David himself has claimed that in those formative years, he chose the exact spot where he would live on the street if it became necessary, according to a 2015 interview with PBS.

Meanwhile, the extremely American custom of tipping plays such a large part of most storylines in the series it is practically its own character. If the neglected valets, bellhops and servers of painfully expensive modern-day Los Angeles were paid a living wage, most of these scenes would evaporate.

There are several sequences throughout the show's various arcs that feature characters in the punitive crosshairs of our commerce-driven society. Elsewhere, Larry is forbidden from medical care until he pays his doctor's bill ahead of time, as well as his physician's wife's billing hours as an attorney, whom Larry has also hired. While this is perhaps played up for effect, there is no shortage of people who feel overwhelmed by the boundless and confusing invoices of both medicine and law in this country. A number of jokes center on the very real difficulty of receiving medical care or prescriptions. In the finale, an elective surgery gets a second opinion as David continues making absurd demands of his health care providers. Lest we mistake David for an actual anti-capitalist, while he is known for portraying presidential candidate Bernie Sanders, actually his distant cousin, on "Saturday Night Live," he has also remarked that a democratic socialist as president would be "great for the country" but "terrible" for him.

Many of the gags from the show’s 10th season have aged incredibly quickly, of course. Even the nonfiction of Jerry Seinfeld's post-"Seinfeld" activities — the self-explanatory "Comedians in Cars Getting Coffee" — is an impossibility as we weather shelter-in-place emergency mandates. There's an episode where David is concerned he is being sat with assumedly unattractive diners in "The Ugly Section." There are surprise party and dinner party fiascos. All of this feels like a tease at the moment — it would be a luxury to complain now about any of the above. Even past storylines such as making a musical about a fatwa or discomfort caused by a dinner guest working in pornography are unthinkable now — boththe theater and theporn industries have shut down.

All of this feels like a tease at the moment — it would be a luxury to complain now about any of the above.

As a history major, David weaves both the past and the present fluidly and is not above a little darkly comedic disaster capitalism in his storylines. "Curb Your Enthusiasm's" season six in 2007 featured a New Orleans family displaced by a hurricane a mere two years after Katrina and Rita in 2005. David, who lost family members in Nazi Germany, has long worked in Holocaust references which have caused occasional backlash. The recent season featured David in a MAGA hat, which he used to repulse his fellow Angelenos, only to then be weaponized, however incorrectly, by the president himself. There are even some environmentalist undertones — the show was an early adopter of the Toyota Prius hybrid model and David is heard shaming others to "respect the drought" in California by using less water when washing their hands in the final episode.

This last season ends with David's so-called "spite store" — which he opened specifically to compete with a neighboring business he despised — engulfed in flames. It was an appropriate bookend to 20 successful years of reinventing the limits of the sitcom against the tropes and clichés of its predecessors and competition. But where will "Curb Your Enthusiasm" — or comedy at large — go from here? As essayists began to make sense of the path forward following the terror attacks of Sept. 11, 2001, the so-called "death of irony" never materialized despite the collective mood. (And that's a good thing.)

Season 10 has been celebrated as something of a return-to-form. But in a country sliding down the social mobility chain and facing the grim realities of widespread systemic failings, whatever comes next will have to answer increasingly difficult questions about what our comedy says about us. Luckily, David seems up for the task. The comedian has spent decades perfecting observational humor that captures a particular era of 21st century life. Should he respond to the sobering challenges of the current neo-apocalypse, his preternaturally bleak outlook may be right on time.