Are We Really All ‘In This Together’?

The penal system remains a source of diseases that spread among prisoners at rates far exceeding those in the communities from which they came. 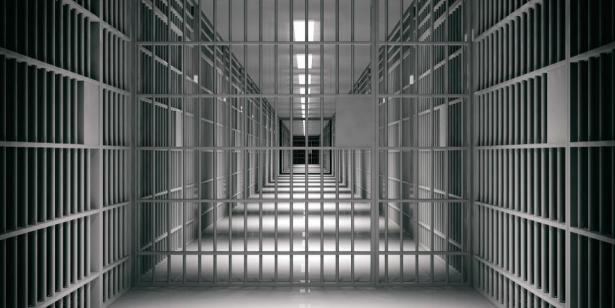 Everyone, it seems, is telling us that we are all “in this together”: The World Health Organization, the First Minister of Scotland, LL Cool J, and Gayle King among them. This seems to mean, for most, that people should think of others when deciding whether to cancel events, whether to go to the beach, and exactly how much toilet paper to buy. It means that our actions affect others, but it also means that ultimately our own fates are tied with others’. If we each do our part to “flatten the curve,” then we can minimize damage to institutions that bear on our well-being, like schools, hospitals, and the stock market. It’s basically appealing to a sort of enlightened self-interest in all of us.

Usually prisoners are not included in statements like these. Prisoners are more of a “them” than an “us,” generally speaking. Most people favor voting rights across the board, except for those in prisons. Lots of people favor common sense safety measures, except those that happen to involve alternatives to incarceration, like drug treatment and therapy. Even enlightened self-interest loses out to punitive impulses when it comes to people convicted of crimes.

COVID-19 seems to be changing that a little. The threat of a serious outbreak within penal institutions is real, experts say. Some jails are beginning to release people, a few judges are cutting sentences short, some prisons are refusing new prisoners, prosecutors are refusing to take certain cases, and police have cut back on low-level arrests. Why now? Maybe it’s the potential for rapid and devastating infection in cramped, unsanitary conditions. Or the vocal protests of prison staff, complaining that their health and safety is being compromised.

But if people were acting rationally, they would have made these adjustments long ago. COVID-19 is not the first infectious disease that has been allowed to fester inside prisons and jails, and then attack outside communities. In a 2016 article in The Atlantic, public health scholar James Hamblin wrote, “The penal system remains a source of diseases that spread among prisoners at rates far exceeding those in the communities from which they came. Of more than 10 million incarcerated people in the U.S. alone, 4 percent have HIV, 15 percent have hepatitis C, and 3 percent have active tuberculosis.” These diseases are “sanctioned implicitly by the state.”

“The penal system is also a primary reason that these diseases can’t be eliminated globally,” he writes, including not only the lack of condoms or medications in prisons, but also the effect of releasing people into the community with no access to treatment. “As black men are disproportionately incarcerated, infectious disease spreads disproportionally in black communities. Among transgender women of color in the U.S., the rate of HIV infection is 27 percent, inextricably linked to the incarceration rate, and some 35 percent of transgender prisoners in the U.S. report sexual victimization while incarcerated.”

Perhaps, then, the sudden consideration of the incarcerated when it comes to the current pandemic has to do with the fact that a COVID-19 outbreak in prisons threatens the broader community, not simply low-income people of color.

Or perhaps it’s a fear that the dire threat would create other risks, risks that could potentially affect more affluent communities. In Brazil, after minimum-security prisoners were told they would not be able to leave for Easter break because of the coronavirus, hundreds escaped. In Colombia, at least 23 prisoners died in clashes with prison authorities over the weekend after what prisoners said were protests against officials for not doing enough to control the spread of coronavirus. Authorities say that the prisoners were trying to escape. The country’s justice minister, Margarita Cabello, called the riots part of a “massive and criminal escape attempt” but then undermined her own statement by saying that there was “no sanitation problem” in the prison.

It may be, then, that the rapid spread of coronavirus really does make the well-being of prisoners directly relevant to the relatively empowered. Our fates have always been interconnected, but this may be the first time that it has been so starkly apparent that, yes, we are all “in this together.”

Sarah Lustbader, senior legal counsel, was previously senior program associate at the Vera Institute of Justice and a criminal defense attorney at The Bronx Defenders.