What is in store for Westworld’s androids now they’re out in the real world? Kevin E G Perry hears how showrunners Jonathan Nolan and Lisa Joy have got it all planned out 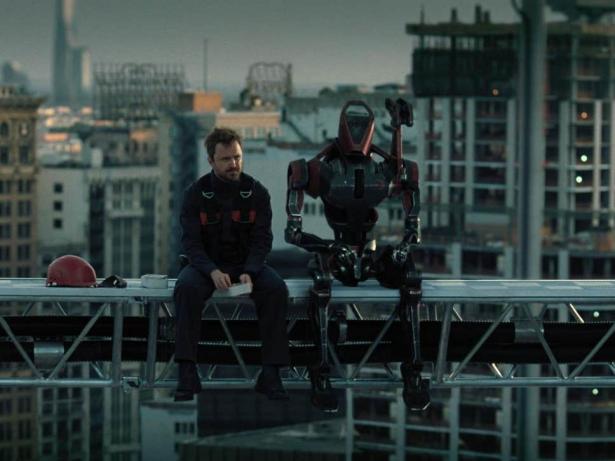 When husband-and-wife showrunning team Jonathan Nolan and Lisa Joy first launched their reimagining of Michael Crichton’s 1973 movie Westworld on HBO back in 2016, they were by no means alone in wanting to explore how the development of lifelike AI robots might challenge our understanding of what it means to be human. Alex Garland’s Ex Machina and Channel 4’s Humans had both been released in the previous couple of years, and in 2017 replicants would return to the big screen in Blade Runner 2049. The fear of a coming robot rebellion loomed large in the zeitgeist.

In Westworld at least, the robots took the upper hand. After a highly acclaimed first season, however, some fans were turned off by a second outing which grew increasingly meandering and solipsistic. The third season, which begins next week, is a substantial reboot for the show: the android hosts have finally broke free of the titular Wild West-themed amusement park, where visitors would act out their violent and sexual fantasies. Now we will see them seeking vengeance in the outside world for the first time.

But this new direction is no knee-jerk response to fans’ reactions. “In truth, we pitched this season as we walked out the door having just pitched the pilot, way back when to HBO,” says Nolan, as the cast gather at the Four Seasons hotel in Beverly Hills to launch their comeback. “We always knew that we’d get to the real world.”

That real world setting places the action largely in futuristic versions of Los Angeles and Singapore, a marked change from the gorgeous, rolling vistas of the American West that fans first fell in love with. Along with the new setting comes tighter, less esoteric storylines and a sharper political edge. Westworld has always had a class war subtext, but in this new season it’s more apparent – not least in the soundtrack. In the very first episode, Evan Rachel Wood’s Dolores proves she can hold her own in the outside world in a beautifully choreographed fight scene set to the electric anger of Pulp’s “Common People”.

“First and foremost, it’s just a f***ing brilliant song,” says Nolan when I ask why they decided to make the 1995 hit about dating someone from a different class so prominent. “I have lived in the UK on and off for my whole life, and there’s a level of class consciousness there that Americans are only now starting to wrestle with. Dolores has come to the real world and is somewhat surprised to find that there’s an underclass, as there’s been an underclass in every f***ing human civilisation since the dawn of time. It seems that’s the only way we know how to organise ourselves, which is sad. All of that understanding is contained in that one brilliant song.”

Thandie Newton – whose character Maeve is now so advanced and omnipotent that in season three she operates somewhere between Neo from The Matrix and Rick from Rick and Morty – is not surprised to see this reading of the show being emphasised. Describing herself as someone who’s “not very good at technology, it kind of passes over my head”, she says that from the beginning she’s thought of Westworld primarily in class terms.

“I’ve always seen the show as a metaphor, where the robots are the dispossessed in our world, the trampled on, the exploited, and the humans are those who do the trampling and the exploiting,” she says. “I feel like there are Westworlds in the world already. People can go to different countries and rape children, with no accountability. Look at what’s happened with aid workers who find they can act with impunity. There are always those that have and those that have not, and we can all see the corruption and exploitation that happens because of that.”

The other clearest example of how Westworld brings class struggle to the fore this season is through its most high-profile casting addition, Aaron Paul. Known for his roles as Jesse Pinkman in Breaking Bad and Todd Chavez in BoJack Horseman, in Westworld Paul plays to type as Caleb, an everyman construction worker and petty criminal living in Los Angeles who finds himself struggling to find steady employment in a workforce now dominated by robots. Nevertheless, after a chance run-in with Dolores the two begin to see each other as kindred spirits.

“One of the first things that Lisa and Jonathan told me when I sat down with them was, look you’re going to be Delores’ first interaction with a human outside of the park that kind of changes her whole idea of humanity,” explains Paul. “‘You’re a complete stranger, you don’t know this girl whatsoever, and you put yourself in harm’s way to help her out.’ She’s a little shocked and surprised by that, and it maybe gives her some sort of hope in humanity.”

Paul describes himself as a “psychotic fan of Westworld”, but adds that he tries to avoid the rampant speculation on sites like Reddit about where the show is heading. “I try to stay off of those message boards,” he says. “I didn’t always used to do that, but I learned my lesson pretty quickly. It’s amazing to have diehard fans out there – there are already some crazy theories circulating about this upcoming season – but I don’t know if that dictates the trajectory of the show.”

“Lisa and Jonathan have a very specific idea of the story they want to tell,” he points out. “I don’t know if they necessarily know the exact ending, but they certainly understand the world of the ending.”

Nolan and Joy have always said that they have a full five seasons of Westworld sketched out, and that this season is one they’ve been working towards since the very beginning. “It was part of what we were excited about with this series, which is about a group of individuals who come to discover they’re trapped,” says Nolan. “The natural dramatic release is escape, so we’ve been building to and thinking about this season for a very long time. We were excited to finally arrive.”

Nolan made his name as the writer of the short story “Memento Mori”, adapted by his older brother Christopher as the 2000 neo-noir thriller Memento; he met Joy at the premiere of that film. Nolan went on to co-write The Prestige, The Dark Knight, The Dark Knight Rises and Interstellar, while Joy wrote for shows including Pushing Daisies and Burn Notice. Last year, buoyed by the success of Westworld, the couple signed a $150 million deal to write and produce a series for Amazon.

Joy confirms they have a pretty clear idea of how Westworld will eventually conclude, and having that destination in sight means they don’t let online speculation affect the show’s journey. “From the beginning, when we started writing the pilot, we realised we needed to know how the story would end in order to even know how to begin,” she says. “We do have an ending in mind, but that’s not to say that it’s all just a pristine, uninterrupted journey from point A to point B.”

By having their endpoint already mapped out, Nolan and Joy will hopefully avoid the fate of HBO’s previous blockbuster hit Game of Thrones, whose final season was widely critically panned. Westworld season three in fact contains a sly nod to their forebears, and to the long-running rumours of a crossover park, by having Game of Thrones showrunners David Benioff and D B Weiss make the briefest of cameos as backstage technicians working on a huge robotic dragon. With the park shut down, they’re heard discussing where else they might be able to find employment. Little do they know, they’ll be returning to a world where robot hosts are finding out what it means to live as common people.