Mr. Pizza, whose wife was serenaded by Trump at Mar-a-Lago, is a hydroxychloroquine dealer 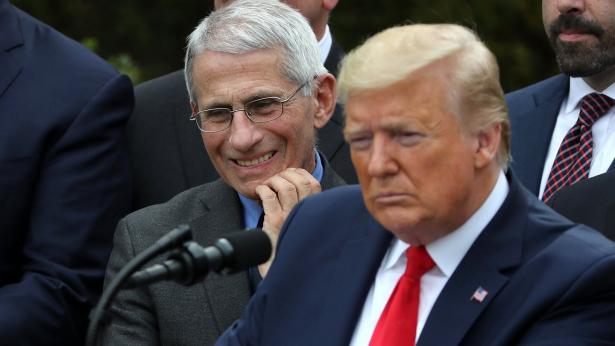 President Trump has latched onto antimalarial drug hydroxychloroquine as a possible treatment for COVID-19 patients, and no one knows why. The drug has shown some promise in isolated cases, but there has not been enough research to justify the president’s medical advice to “try it, if you like.”

On Monday, Sludge reported that one of President Trump’s biggest donors is the founder of a pharmaceutical industry-funded nonprofit that is lobbying the White House to boost the use of the drug. The New York Times reported that Trump has a small financial stake, by way of a mutual fund, in Sanofi, a top manufacturer of the drug.

But here’s another possibility: Trump may have been influenced by a Palm Beach donor named Joseph Pizza.

Pizza, formerly of the band Muffin, is a big donor to the pro-Trump super PAC America First Action, giving the group $125,000 in 2019. Mr. Pizza has also made large donations to other organizations that back the president: since 2016, he has given $62,500 to Trump Make America Great Committee, $61,400 to the Republican National Committee, and $4,000 to Donald J. Trump for President.

In making his political contributions, Pizza has listed several pharmaceutical companies as his employer, including Pharmasphere, InterChem, and Pharma C.

According to his LinkedIn, Pizza is president and CEO of Interchem, which appears to be a U.S. sales representative for companies from around the world that produce active pharmaceutical ingredients. One product Interchem sells is hydroxychloroquine sulfate, the primary active ingredient of Plaquenil.

But does Pizza have access to the president? It seems likely.

The Mar-a-Lago membership list is not publicly available, but there is reason to believe that Pizza is a member or, at least, an occasional guest. The Pizza residence in Palm Beach is located just two miles from the President’s private club, and Mr. Pizza’s wife, Lauren Pizza, wrote in her 2014 memoir that “Donald Trump sang ‘Happy Birthday’ to me at Mar-a-Lago.”

Excerpt from Meant to Be: The Lives and Loves of a Jersey Girl, by Lauren Pizza

Sludge asked Joe Pizza about his contacts with President Trump and about his hydroxychloroquine sulfate sales, but has not received a response.

Trump has done favors for Mar-a-Lago members in the past, for example by appointing Palm Beach handbag designer Lana Marks as ambassador to South Africa.

Trump had directed Veterans Administration officials to take instruction from three un-appointed Mar-a-Lago members who had never served in government or the military. Emails obtained by Citizens for Responsibility and Ethics in Washington show how VA officials bristled under the shadow leadership of the “Mar-a-Lago Crowd”: Marvel Entertainment Chairman Ike Perlmutter, attorney Marc Sherman, and internist Bruce Moskowitz.

Another Mar-a-Lago member, the president’s personal dentist Dr. Albert Hazzouri, used his close relationship to send a dental care proposal on behalf of the American Dental Association. The handwritten note was addressed “Dear King,” an inside joke with Trump, who forwarded it to then-secretary of veterans affairs David Shulkin.

Government ethics experts have warned that Mar-a-Lago members are getting special access to the President.

“The Mar-a-Lago club has turned into a pay-for-access to the president club, with a president with almost no knowledge of governmental policy,” Robert Weissman, president of Public Citizen, told The Guardian.“If you can whisper in his ear and tell him anything, he may well think it’s sensible and he may well act upon it.”

Sludge is 100% reader supported and ad-free. If you appreciate our independent journalism, Become a member today. 🙏

“There’s absolutely no precedent for this kind of paid-for access, and there’s no precedent for a president who is so responsive to random bits of information because he has no views of his own and no background knowledge of his own.

“If there had been a comparable situation with Barack Obama, whispering in his ear might have been important but it wouldn’t have shaped his world view or had him go off on some new path because he would have known what you were talking about. He had his own views already, and that’s just not the case with Trump.”

While there is anecdotal evidence that hydroxychloroquine may help coronavirus patients, medical professionals, including White House coronavirus task force member Dr. Anthony Fauci, have said that more clinical research is needed. Since Trump began promoting the drug, it has been some patients have struggled to acquire it for approved usages, such as for treating rheumatoid arthritis, malaria, and lupus.

Sludge is a two-person independent newsroom, following the money to reveal hidden conflicts of interest and corporate influence.

Our investigative reporting is directly supported by readers like you, who help us expose corruption for a trustworthy democracy. Join us as a member at $5 per month and help keep us muckraking in the 2020 election year.