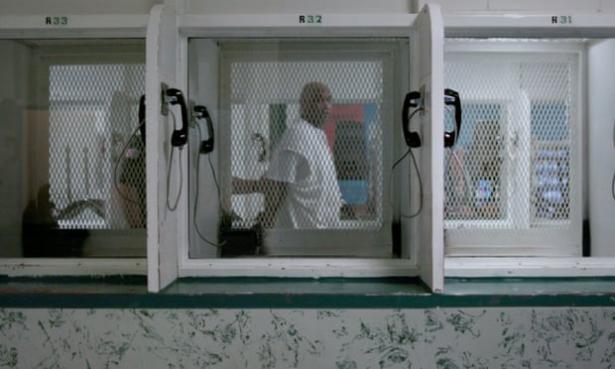 Franky Carrillo was just 16 years old, doing schoolwork at home, when police stormed in and arrested him for a drive-by murder in Lynwood, California. Kennedy Brewer was just a few years older when he was sentenced to death for the brutal abduction, assault and murder of his girlfriend’s three-year old daughter in Noxubee county, Mississippi. Chester Hollman was 21 when his rental car, similar to the getaway car used in a nearby murder, got him arrested in Philadelphia. All of them were innocent. Carrillo and Hollman didn’t even know of the crimes when they were arrested. And yet all spent decades in prison for crimes they didn’t commit.

Carrillo, Brewer and Hollman would have stayed incarcerated if not for the work of the Innocence Project, a New York-based non-profit founded by lawyers Barry Scheck and Peter Neufeld in 1992 that works to overturn fraudulent and false convictions. And now, all three men, along with several others freed by the organization and its network chapters, are reflecting on their stories in the Innocence Files, a new Netflix series which weaves individual cases of wrongful conviction into a damning portrait of America’s unforgiving, corrupt and frighteningly unreliable criminal justice system.

The series is broken into three sections, according to the three predominant causes of wrongful incarceration: misuse of forensic evidence (or, more simply: junk science), false eyewitness testimony and prosecutorial misconduct. Over nine hours, the series illustrates through a pattern of individual cases how false convictions are not an aberration but a natural result of the system as designed; since 1989, there have been 2,578 exonerations in the US. “By and large, we have an adversarial legal system where the whole idea is to win, and each side stepping up the plate against each other,” said Alex Gibney, an executive producer who directed an episode on prosecutorial misconduct. “The problem becomes that it becomes all about winning rather than finding the truth or real justice.”

The first section of episodes focuses on junk science and the so-called “CSI effect” – the mistaken belief that forensic sciences, such as bite-mark analysis and blood-spatter projections are airtight rather than unproven hobbies. Nearly half of the Innocence Project’s cases involve misapplied forensics, says Neufeld in the series. This includes Brewer, who was convicted for rape and murder of a three-year-old just two years after a near identical crime in the same county sent another innocent black man, Levon Brooks, to prison, based almost solely on bite-mark evidence. Roger Ross Williams, the director of these three episodes (and also an executive producer), traveled to Noxubee county, Mississippi, to interview the “expert witness” who put Brewer on death row: Dr Michael West, a self-proclaimed “forensic odontologist” with a penchant for Confederate flag shot glasses.

Brooks and Brewer’s cases were among the first to alert the Innocence Project, back in the mid-2000s, to the prevalence of life-sentence convictions based on junk science (the “bite marks” that sent both prison, it turns out, were likely made from crayfish, as both victims were left in bodies of water). And yet, according to the series, bite-mark evidence is still admissible in all 50 states. “How can something be debunked and still admissible?” asked Williams. “That’s because it’s a can of worms. If states actually had to throw out bite-mark evidence, then they would have a duty to correct, and that would be a huge problem for these criminal justice systems.”

Even more entrenched in America’s criminal justice machine is the use of witness testimony, despite ever-mounting evidence of human memory’s fallibility. “It’s so counterintuitive for people to wrap their heads around,” said Liz Garbus, an executive producer who directed the eyewitness episode titled Making Memory. “Even the most well-intentioned, conscientious witness or victim can end up believing something so surely, down to their core, that is in fact not true.”

Garbus focused on the case of Thomas Haynesworth, who was arrested in 1984 at age 18 while walking to the store because a sexual assault victim identified him; other victims confirmed his identity when presented with a leading photo lineup. The faith in the victims’ eyewitness testimony overcame other inconsistencies in the case – there was no forensic evidence, and Haynesworth was several inches shorter than the attacker’s description – and he was sentenced to 74 years in prison. He served 27 years before DNA evidence fully exonerated him in 2011.

Like Haynesworth, Carrillo was convicted for his “crime” – a drive-by shooting of a beloved father in January 1991 – based solely on witness testimony. The Innocence Files traces how Carrillo’s case epitomizes another fallibility of witness testimony: its ability to be manipulated by law enforcement with ulterior motives. Carrillo, then 16, was a de facto member of the Young Crowd, a Latino LA gang at odds with the majority-black gang to which witnesses of the crime belonged. The sheriff’s department, eager to stem gang violence and make arrests (and, as the series explains, involved in inter-law enforcement gang-like activity, as well) led one witness to pick Carrillo as the shooter, who then convinced his four friends. Even when the original witness recanted on the eve of Carrillo’s second trial, the prosecution proceeded. Carrillo served 22 years before all four remaining witnesses, forced to revisit their assumptions by a lawyer from the Innocence Project, recanted their testimony.

In Carrillo’s case, prosecutors and sheriffs fought until the end to uphold their conviction – a theme running throughout most of the cases that all three producers pointed to as indicative of system that incentivizes winning over truth and justice. “When the end justifies the means, it can lead to terrible things, because you assume that you’ve got the bad guy somehow, and so you’re going to use whatever dirty means you can in order to get there,” said Gibney.

Gibney focused on Hollman’s case, in which prosecutors withheld evidence – the relevant criminal history of the one witness to identify him – that could have proven his innocence. Coerced confession, withheld evidence and witness coaching are staples of prosecutorial misconduct, that “can’t be corrected because the system doesn’t allow for them to be corrected”, said Gibney. A recanted confession, for example, will can a witness’s credibility, thus prosecutors uphold the conviction. “It’s an ironclad example of how corruption is engendered by the system,” said Gibney.

Ultimately, the series depicts a vindictive, intransigent system resistant to corrections, oriented more toward the performance of an argument and the need to secure blame thorough convictions. The pace of change is agonizingly slow; the average time it takes for one Innocence Project case, according to one lawyer in the series, is five years. Through first-person testimony and effective use of photos and memories, the show attempts to explained the lost-years experience of exonerated people, though the prospect of spending even a month, let alone decades, behind bars for a false conviction feels impossible to imagine.

Less impossible are the fixes proposed by the series and the Innocence Project to ensure fewer miscarriages of justice, such as: stricter standards for forensic evidence, decreased reliance on witness testimony alone, and accountability measures for prosecutors for withholding evidence and other misconduct.

“I think that the hope lies in the fact that we understand how to fix it,” said Garbus. “We know how to do good lineups, we know that there should be prosecutorial oversight, we know good and bad science. We have the means to fix it; it’s about the will.”

The Innocence Files is now available on Netflix

Adrian Horton is arts writer for Guardian US.