Jericho Brown is the 2020 Pulitzer Prize Winner in Poetry for his collection, The Tradition. Here is a review of that volume. 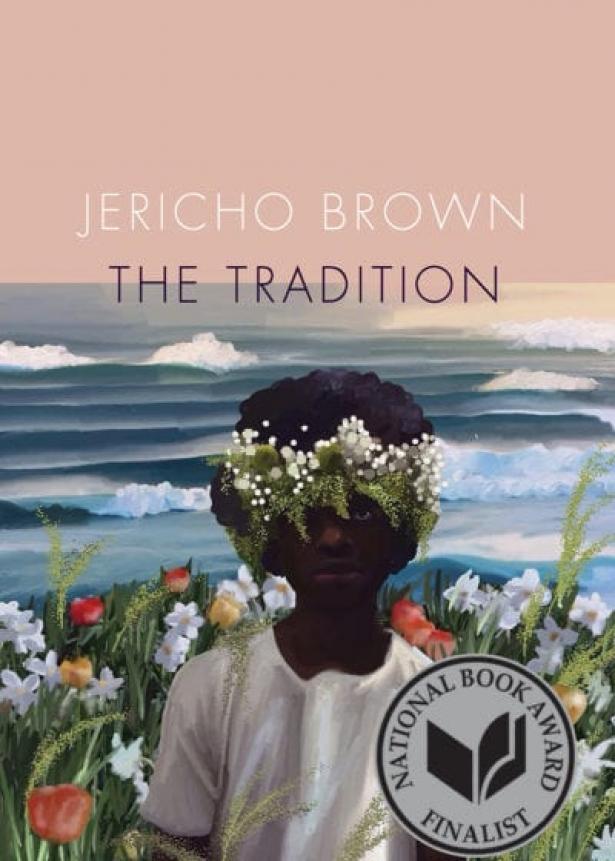 The Tradition, Jericho Brown’s third collection of poetry, is, as its title suggests, a book steeped in traditions.

First, this is a book in direct conversation with literary tradition. Like the best poetry, these poems know, and call back to, their ancestors: Wheatley, Whitman, Dickinson, Brooks, Baldwin, and all the great sonneteers. These poems are formally inventive, and this book is worth reading for its “duplexes,” deconstructed mash-ups of the sonnet, ghazal, and blues lyric, alone. The “duplex” is a form invented by Brown, and he employs it artfully in five stunning poems that form the backbone of The Tradition. Written as a set of seven couplets, each duplex is full of turns, as the second line of one couplet is reworked into the first line of the next. Take the first duplex in the book, “Duplex (A poem is a gesture…),” which begins:

A poem is a gesture toward home.
It makes dark demands I call my own.

Memory makes demands darker than my own:
My last love drove a burgundy car.

My first love drove a burgundy car.
He was fast and awful, tall as my father.

These poems feel deeply personal, grappling with domestic violence, rape, love between men (both familial and romantic), chronic illness, and the speaker’s own mortality. Yet, there is also something profoundly hopeful here, such as the last lines of “Duplex (I begin with love…):”

Here is one symptom of my sickness:
Men who leave me are men who miss me.

Men who leave me are men who miss me
In the dream where I am an island.

In the dream where I am an island,
I grow green with hope. I’d like to end there.

In the last two lines of this poem, the speaker presents a hopefulness that he’d like to believe is there, growing green like Whitman’s blades of grass from the graves of babes, but which even he cannot completely trust as a paradisiacal ending.

The final duplex in the book, “Duplex: A Cento,” also the final poem in the book, pulls lines from the other duplexes to create a sort of uber-duplex, reminiscent of the final sonnet in a crown that is made from the repeating lines of the previous fourteen sonnets. “Duplex: A Cento” calls back to the previous poems’ major themes, linking them together in a devastating fever-dream, seen here in the first and last lines of the poem:

My last love drove a burgundy car,
Color of a rash, symptom of sickness.

We were the symptoms, the road of our sickness:
None of our fights ended where they began.

He was so young, so unreasonable,
Steadfast and awful, tall as my father.

Steadfast and awful, my tall father
Was my first love. He drove a burgundy car.

The poem’s last two stanzas are an acknowledgment of the larger human condition Brown is addressing in all the duplexes: our tendencies to repeat ourselves, our lives, our mistakes, our loves, again and again, with some variation, turning and turning, but ultimately revolving in circles, so that our most recent loves become just another iteration of our most primal, primary relationships with our parents.

The turning of these duplexes is what makes them so wondrous to read, and the perfect form for deep psychological connections and reflections on the human condition that Brown takes up in them. If “stanza” comes from the Italian word for “room,” then these duplexes really are “a gesture toward home,” as Brown writes in “Duplex (A poem is a gesture…),” in that they are each made up of seven stanza-rooms, split in the middle, like a house that is home to more than one family, a thin wall separating the lives, loves, and dreams of one household from those of another, perhaps as thin as the wall that separates this speaker’s past from his present.

Buttressing the duplexes of The Tradition are half a dozen other sonnets or near-sonnets, including the title poem of the collection, “The Tradition.” This heartbreaking sonnet points to two other traditions that the collection takes up: traditions of gardening and tending to the earth, and repugnant “traditions” of white supremacy and violence toward black people in America. The sonnet opens with a short list of flowers, “Aster. Nasturtium. Delphinium.” This list continues throughout the poem, and is interspersed with contemplations of working the ground, “We thought / Fingers in the dirt meant it was our dirt,” “Summer seemed to bloom […] hotter / On this planet than when our dead fathers / Wiped sweat from their necks.” The poem’s second half depicts men “like me and my brothers” making videos of their garden plots “for proof we existed,” then playing the videos at an accelerated speed to show the flowers manically blooming, “colors you expect in poems / Where the worlds ends, everything cut down.” In the final line, these cut-down flowers, the “Stargazer. / Foxglove,” “Cosmos. Baby’s Breath,” from earlier in the poem, become the names of black men killed by police: “John Crawford. Eric Garner. Mike Brown.” Here, the idea of tradition is tripled. There is the tradition of gardening and beautifying the world, the “tradition” of police using lethal force against black people, and the tradition of memorializing the dead.

This isn’t the only poem in the The Tradition to link together tending the earth with racial oppression, and this is fitting, as one of the book’s major themes is race in America, and underpinning this theme is the history of slavery, in which enslaved Africans and their descendants performed backbreaking labor working the land to grow cotton, sugar and other cash crops at a huge profit for white plantation owners. Brown references this history in poems “Ganymede”—a retelling of the Greek myth of Ganymede, who is abducted by Zeus to be his cupbearer, but who in Brown’s poem is sold by his father; and “Crossing,” which calls out imagistically to the Middle Passage. But, these poems also speak to the present and reference contemporary racism and white supremacy, as in “Foreday in the Morning,” in which the speaker’s mother plants and tends morning glories which she never sees bloom, because she has to leave for work at such an early hour that she misses their temporary blossoms. This leads Brown to a larger contemplation of what it means to be black in America, and the poem confronts and refutes racist stereotypes unflinchingly:

I’ll never know who started the lie that we are lazy,
But I’d love to wake that bastard up
At foreday in the morning, toss him in a truck, and drive him under God
Past every bus stop in America to see all those black folk
Waiting to go to work for whatever they want. A house? A boy
To keep the lawn cut? Some color in the yard? My God, we leave things green.

If The Tradition is a book that offers razor-sharp social critiques about race in America, then perhaps one of Brown’s most compelling points is showcasing the paradoxical and dehumanizing experience of black Americans being simultaneously invisible and hyper-visible. Poems like “At Foreday in the Morning” highlight the invisibility of black people and their labor, while poems like “Bullet Points,” a sort of anti-suicide note that alludes to Sandra Bland (“I promise if you hear / Of me dead anywhere near / A cop, then that cop killed me.”), reference the constant policing of black people. Other poems in the collection tackle white supremacy and its dehumanizing effects on black Americans even more directly, like “Riddle,” a poem spoken from the perspective of white Americans, which opens with the lines:

This poem questions how white Americans can be so oblivious to the system of racial inequality in which they are complicit, and from which they benefit.

The Tradition is a book that confronts the issues of our time, including race and sexuality in America, living in a post-AIDS-crisis era, police brutality, and sexual violence and assault. Jericho Brown’s poems engage these issues with nuanced deftness, all the while confirming Brown as the formal powerhouse he has shown himself to be in his previous collections. Yet, despite the seriousness of the themes of The Tradition, it is positively threaded through with hope and love, particularly in its third section, where even the proverbial rabbits in the poet’s lawn in “The Rabbits” are engaged in vigorous lovemaking—where what’s loved most reveals itself to be sound, music, and the poet’s own working of words into a poetry of joyous creation.

Rebecca Lehmann is the author of the poetry collections Ringer, which won the Donald Hall Prize for Poetry and was published by University of Pittsburgh Press in 2019, and Between the Crackups (Salt, 2011). Her poetry and creative nonfiction has been published in Tin House, Ploughshares, Copper Nickel, Boston Review, and other venues.