Journalist Lawrence Wright brings his considerable skills to bear in this novel about a pandemic, written before our current crisis erupted. 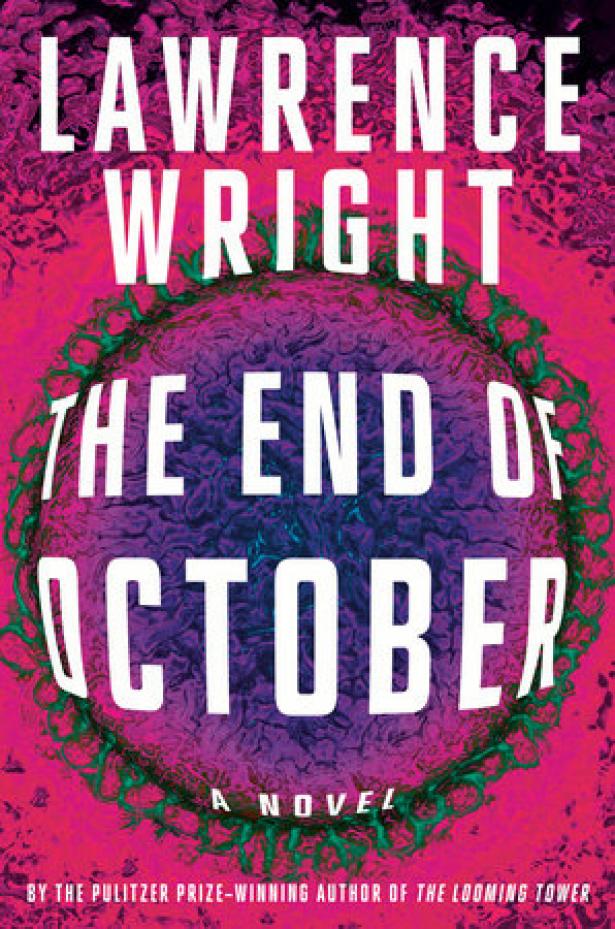 In early March, when everything was teetering from slightly weird to very weird, I sought out a strange form of comfort: Station Eleven, the Emily St. John Mandel novel about a pandemic that kills 99 percent of the earth's population.

The plot was oddly calming as the world began to slowly shut down, and the airplanes I traveled from campaign event to campaign event suddenly became far less crowded and far more tense.

Once our own real-life pandemic took full hold, I found myself unable to read more than five pages of any other genre. I tried escapist fantasy, biography, history, only to toss each book back to the bottom of the nightstand before picking up and devouring the O.G. pandemic novel: Albert Camus' The Plague.

Stories about mysterious viruses has always fascinated and excited me — something I trace back to one of the first "grown up" novels I remember reading as a kid: Michael Crichton's Andromeda Strain. But now, as the world endures its biggest outbreak in a century, these stories provide a strange mix of catharsis ("I felt the SAME way that character did!" — and relief ("Welp, at least things are nowhere near THAT bad!").

So, as I steamed through the final chapters of The Plague, I was excited to see that one of my favorite nonfiction writers of all time, Lawrence Wright, had written a timely — creepily timely — new novel about an overwhelming and deadly virus that sweeps around the world.

The End of October is more Clancy than Camus: a fast-paced thriller with big, sweeping, made-for-the-adapted-screenplay action sequences, but populated by one-dimensional walking resumes who speak in paragraph-long expository chunks. There are submarine chases that channel Tom Clancy's The Hunt For Red October, and silver-haired, umlauted ecoterrorists who remind you of Pierce Brosnan-era James Bond villains.

But given Wright's journalistic track record — he won a Pulitzer Prize for The Looming Tower, in my mind the best book written about the 9/11 terror attacks — that clunky expository dialogue is the unexpected star of the novel. Wright clearly did his homework researching this book, and given his reporting background, couldn't resist sharing every fact about pandemics, infectious diseases, public health planning, government disaster contingencies and vaccines that he dug up. And while in other times, it might come across as forced and clunky, we readers are currently in the market for exactly that: Every single fact a great reporter like Wright has learned about pandemics.

If they all come couched in sometimes-awkward writing, it's no problem! After all, it's hard to criticize characters for continually working facts about the 1918 flu pandemic into every conversation, when we're all doing the exact same thing.

The End of October follows Henry Parsons, a high-ranking CDC official, as he tries to contain a mysterious and deadly new pathogen. Parsons fits the familiar archetype of thriller heroes: He's incredibly confident, competent, and experienced, and can always see several steps ahead of everyone else he interacts with.

Unlike Jack Ryan or James Bond, Parsons messes up. He fails to contain the pathogen. It jumps from Indonesia to Saudi Arabia to the entire world, and suddenly, millions of people are dead. Infection leads to recession, and then depression, which leads to a conventional war, which leads to cyber-attacks and bio warfare. Things escalate quickly, to quote Anchorman.

When the plot is keeping pace with our real-life current events, all of Wright's expository homework can lead to moments of dark humor for the reader. There's one dramatic scene in particular that caused me to laugh out loud: A public health official is in the White House situation room, dramatically telling a disbelieving vice president what the United States will have to do to stem the tide of infection: "We need to urge people to shelter in place," she says, to blank stares. "Borders closed, sports and entertainment facilities shuttered, nonemergency cases discharged from the hospitals, schools closed, public meetings postponed." No one in the room really understands what she's suggesting — but to us, that's just been life for the past two months.

As the fictional pathogen gets more and more out of control, and the plot speeds past our own timeline, Wright's characters become prophets of doom. I gulped when that same character warns White House officials how long vaccines can take to be developed and mass-produced, and sighed every time a character insisted that every single global pandemic comes back, again and again, in multiple waves.

As the book progresses, it shifts from a timely warning about how infectious outbreaks can spiral out of control into a much more conventional thriller. The disease storyline merges with eco- and cyberterrorism plots, and every escalation becomes far more removed from reality (so we hope), until the president's eyes are bleeding in the middle of an Oval Office address, and gangs of orphans are roaming Atlanta streets.

In this way, it gradually moves from an urgent existential warning to an escapist entertainment. The End of October is the perfect novel for a long airplane flight or a beach chair. Provided, of course, our real-life leaders are a bit more effective than Wright's fictional ones, and we're all once again able to encounter either of those this year.

Scott Detrow is a political correspondent for NPR. He covers the 2020 presidential campaign and co-hosts the NPR Politics Podcast.