The 1959 revolution launched a project of social justice and equity, an event that would change policies regarding gender and sexualities, among profound, radical transformations in the nation and its culture 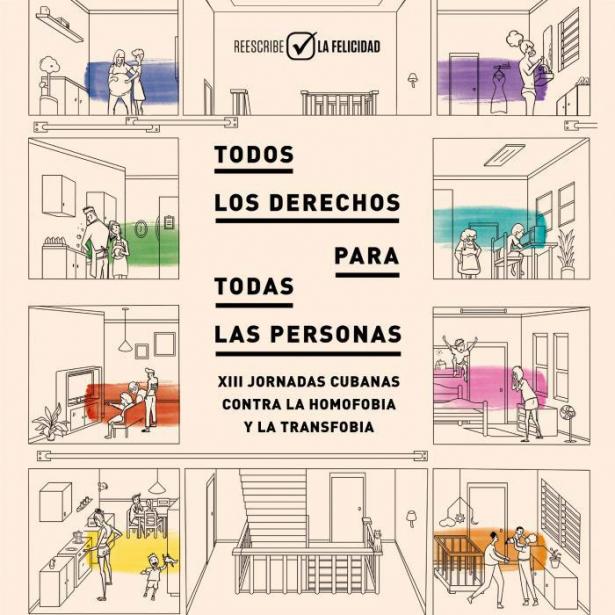 All rights for all people., Photo: Granma

The 1959 revolution represented Cuba’s achievement of national sovereignty; the launching of a project of social justice and equity; and the beginning of transformations in the nation and its culture, the most profound and radical in their history.

An event of such magnitude could not but completely change policies regarding gender and sexualities. This has been a process of complex cultural metamorphosis, leading to confrontations and dialogue between generations, cultural patterns, classes and social strata, in which women have been protagonists and promoters.

In this scenario of broad popular participation, the first actions were taken to implement political, economic and social changes that modified the role of men and women in society and within the family, in the relationships of couples, in sexualities, in intergenerational relations.

Between 1959 and 1961, the young Revolutionary state approved significant laws that responded to longstanding aspirations frustrated by the politicking of traditional parties, their corruption and servility to the powerful nation to the North. Outstanding among these was the Fundamental Law of the Republic of Cuba, approved on February 7, 1959, which established equal salaries for men and women.

On August 23, 1960, the Federation of Cuban Women (FMC) was officially established as an organized mass movement of women in civil society. Since then, women implemented our own project of empowerment as subjects by law, with a profound impact on all of society, politics and culture.

At the same time, different initiatives of broad citizen participation emerged, such as popular mobilizations in defense of terrorist aggressions organized by the government of the United States of America; women came to their homes dressed as militia members and their image in this new social role became everyday.

The broad incorporation of women into the workplace and a wide range of public events had a great impact on sexuality (Núñez, 2001). The new social condition of women contributed to changing the prevailing reproductive pattern from six children per woman to less than one son or daughter per woman (Alfonso, 2006), although the latest National Fertility Survey reports that the reproductive ideal for women is 2.13 and for men 2.31 (ONEI, 2009).

As a result of joint work by the FMC and the new National Public Health System, the National Family Planning Program was established in 1964 and in 1965 the voluntary termination of pregnancy was institutionalized as a free service, performed by professionals in public health institutions.

This was done with the goal of reducing maternal mortality and promoting and guaranteeing women's right to make their own decisions about their bodies.

These decisions, along with other national program, contributed to a decrease in maternal mortality, which in 1959 was 120 per 100,000 live births, and by 1966 had been reduced to 60. Rigorous monitoring of this indicator to reduce its predictable causes is an ongoing task and one of the most important components of the Ministry’s Mother and Child Program, reporting a rate of 36 deaths per 100,000 live births in 2019.

In accordance its own mechanisms of participation, in 1972, the FMC established a multidisciplinary, inter-sectoral working group to manage and develop a National Sex Education Program.

The goal of this initiative was to respond to one of the proposals expressed by women in our annual plenary sessions: to prepare themselves in sex education in order to better guide their daughters and sons, and thus avoid the uncertainty they suffered. The National Sex Education Working Group was created with this premise.

The importance of sex education was acknowledged at the Second Congress of the FMC in 1974 and at the First Congress of the Communist Party of Cuba in 1975. Since then, sexuality education has been expressed in state policy, with families and schools recognized as the institutions with the greatest responsibility in the matter.

The policies of the 1960s were expressed in new laws during the 1970s, most notably the Family Code adopted in 1975 as a result of a broad process of popular consultation. Considered the most advanced for its time in the entire continent, it recognized the right of men and women to full sexuality and to share the same domestic and educational responsibilities.

As a result of the policy developed during the 1970s, Cuba was the first country to sign, and the second to ratify, government commitment to the Convention on the Elimination of All Forms of Discrimination against Women (CEDAW, 1979).

Cuban culture has a strong patriarchal Hispanic-African heritage, with a long homophobic tradition, a model of domination imposed by the Spanish colonial system and its official religion, along with a worldwide scientific approach that stigmatized homosexuality.

When the Revolution triumphed, medical, psychological, social and legal sciences around the world took positions against homosexuality, and considered it an example of illness, insanity, moral decadence and deviation from social norms.

Unfortunately, the permanence of institutionalized homophobia in the first decades of the Revolution has not been analyzed in all its complexity. This situation is exploited by those who only see it as an opportunity to profit from the well-funded market of attacks on Cuba. Given this reality, it is essential that our institutions critically analyze practices that are inconsistent with the humanist spirit of the revolutionary process.

David Carter (2004), in his book Stonewall, on the protests that ignited the gay revolution, wrote, in 1961, that laws criminalizing homosexuality in the United States were tougher than those in Cuba, Russia or East Germany, countries customarily criticized by the U.S. government for their "despotic methods" (Carter D., p.16).

Understanding the current situation of lesbian, gay, bisexual, trans and intersex (LGBTI+) persons in Cuba, and the need to address attention to their needs as a question of policy, demands that we understand the historical evolution of the issue within the Cuban Revolution’s social agenda.

The National Working Group on Sex Education (Gntes, 1972), led by the FMC, became the National Center for Sex Education (Cenesex) in 1988, and since then has been subordinated to the Ministry of Public Health (Minsap).

Cenesex's mission is to contribute to the development of comprehensive education on sexuality, sexual health, recognition and guarantee of the sexual rights of the entire population. Toward this end, the Center develops educational and communication strategies that include different national public welfare campaigns.

The initiative to celebrate the International Day against Homophobia and Transphobia, beginning May 17, 2007, has had significant impact on the mobilization of the Cuban population’s social conscience.

We welcomed the proposal by the French-Caribbean professor, Louis-Georges Tin, to place the celebration on the date of the World Health Organization’s decision to formally de-pathologize homosexuality, leaving behind unscientific points of view that contributed to stigma and discrimination. This occurred on May 17, 1990.

Since 2008, we have dedicated the entire month of May to developing educational and communication activities that promote respect for free sexual orientation and gender identities, as an exercise in justice and social equity, under the name of Cuban Days against Homophobia and Transphobia.

These days are coordinated by CENESEX, through Minsap, along with other state institutions, the government and the indispensable support of the Party at all levels. Campaigns have been focused on the family, school, work and, more recently, recognition of all rights for all people, without discrimination due to their sexual orientation or gender identity.

The Cuban Days against Homophobia and Transphobia have undoubtedly had an impact on the vision of the country approved by the 7th Congress of the Communist Party of Cuba (2016) and the National Assembly of People's Power (2017) after a rigorous process of popular consultation.

In total harmony with these decisions, since 2019, our Constitution textually recognizes sexual and reproductive rights, prohibits discrimination against persons with non-homonormative sexualities, protects family diversity and clearly regulates marriage as a legal institution accessible to all persons without discrimination of any kind.

Of course, we still have a long way to go. That is why we educate for love and respectful coexistence, not for the perpetuation of relationships of domination or violence. We educate in the humanist and democratic principles that are inspired by the emancipatory paradigm of socialism, in freedom as a complex individual and collective responsibility. We will continue working until all justice is achieved.

Mariela Castro is a Member of the Cuban Parliament (Asamblea Nacional del Poder Popular de Cuba) and Director of the Cuban National Center for Sex Education (CENESEX).  She is also president of the Cuban Multidisciplinary Centre for the Study of Sexuality, president of the National Commission for Treatment of Disturbances of Gender Identity, member of the Direct Action Group for Preventing, Confronting, and Combating AIDS, and an executive member of the World Association for Sexual Health (WAS). She is also the director of the journal Sexología y Sociedad, a magazine of sexology edited by CENESEX. She has published 13 scholarly articles and nine books.