Dozens of workers in Byhalia, Mississippi who work for one of the country's leading producers of cereal and baked goods voted Wednesday in favor of joining the United Food and Commercial Workers Union, known as UFCW. 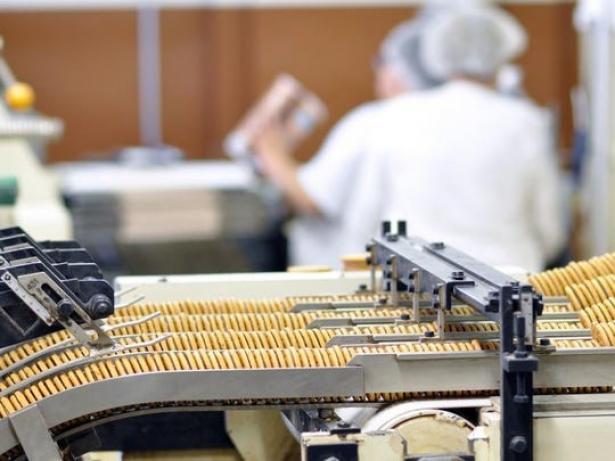 Dozens of workers for one of the country's leading producers of cereal and baked goods voted Wednesday in favor of joining the United Food and Commercial Workers Union, known as UFCW.

The vote among Hearthside Food Solutions workers, who package cereal in Byhalia, Mississippi, is the first to take place in the area since the coronavirus pandemic sparked a series of workplace safety concerns among food workers across the country, according to the AFL-CIO union federation to which UFCW belongs.

"Today, I feel better than I feel in the last 45 days," said Rose Turner, the UFCW's Memphis-based organizing director. She said workers voted 62 to 47 in favor of joining the union after Hearthside hired a labor relations firm to discourage workers.

"You never know how an election is gonna go until the ballot box has been counted. I was down and out and I was weighed down, worked out," she said of the company's opposition. "But I wasn't gonna let go."

Named "Processor of the Year" in 2019, Hearthside operates the country's largest privately-held bakery. Major baked goods brands outsource production to Hearthside, which operates around 35 production facilities in North America among 12 states, with another Mid-South locations in Nashville, Tenn.

Owned by a private equity firm, Hearthside produced $3 billion in sales over the last decade, according to the trade publication Food Processing, which noted that "contract manufacturers" such as Hearthside keep the clients for whom they produce and package goods confidential.

Based in the Chicago suburbs, Hearthside has been publicly mentioned as a partner to General Mills and PepsiCo, according to the trade publication. In 2018, Hearthside purchased a Kellogg plant in Indiana.

Turner said Hearthside workers package Kellogg's cereal. The workers have a range of complaints, involving unfair discipline; the unfilled promise to offer temporary workers full-time jobs; and raises that were granted management but not workers during the pandemic.

Hearthside did not immediately respond to requests for comment sent the company's legal counsel and through the company site, regarding workers' complaints; COVID-19 safety and whether the company hired a firm to discourage workers from voting in favor of the union.

On a section of Hearthside's site dedicated to careers, the company states, "Three years on the INC. Magazine list of Fastest Growing Private Companies and recipient of multiple innovation awards, we empower our people to make a difference. A new kind of manufacturing company, Hearthside is part of the great American manufacturing renaissance; we are setting new standards for quality and efficiency."

Turner said the company employs more temps than full-time workers. "It's 200 temps in that place, doing the same job that the regular employees are doing...It's unfair to them," Turner said. "You don't have any benefit no more than getting a check every paid period. You don't have no holiday, no vacation and you can't buy anything...it's not a permanent job."

"Money is good but people want to be treated fairly, with dignity and respect, and they want to be paid and know their benefits," said Turner, who added the company has changed its policies several times in less than a year.

Two of the company's Illinois locations have been the subject of worker complaints related to COVID-19, submitted to the federal Occupational Safety and Health Administration.

“We do not believe it is possible to produce high-quality products in a less than safe environment," Hearthside founder and chairman Rich Scalise, said in a statement on safety on the company's site.

"Hearthside, based on published statistics, is one of the safest manufacturing networks in the food industry...Hearthside’s network-wide safety scores have improved each and every year, even as new facilities entered our network," the company website states.

What's next for the new union

The union represents 1.3 million workers in grocery, meat-packing, food-processing and other industries. Turner said the regional local also represents poultry and corn processing workers and Kroger and Cash Saver grocery store workers among other industries in Tennessee, Mississippi and Arkansas.

The same day of the Memphis vote, UFCW announced that at least 68 grocery workers have died nationally and more than 10,000 have been exposed to the coronavirus.

The Hearthside workers will next begin seeking their first contract with the company.

The  AFL-CIO said they do not expect the process to be smooth. "This second hurdle is sometimes bogged down by recalcitrant employers," said Jeffrey Lichtenstein, secretary of the Memphis and West Tennessee AFL-CIO.

The new UFCW local does have the support of Kellogg workers in Memphis , though. According to the AFL-CIO, Kevin Bradshaw, of the Bakery and Confectionery Workers union, was on hand as Hearthside workers entered the facility ahead of Wednesday's vote.

"We’ve got protection, good pay, sanitation, and we’re not scared to speak up if things are wrong...because we're union," Bradshaw said of unionized Kellogg workers. "We knew our sisters and brothers at Hearthside deserve nothing less."