Duterte’s Covid response is de facto martial law — and the new U.S. arm deals will only fortify the Presidents arsenal. 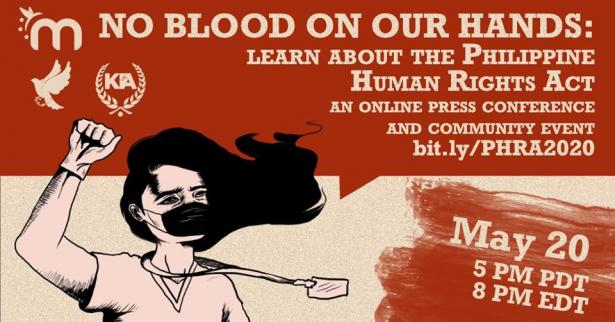 The arms sales would be headed to Duterte’s state forces who are becoming only more ruthless under Covid-19.

Since Duterte declared an “enhanced community quarantine,” 38,000 have been arrested for “violation of quarantine.” Luzon has seen a drastic increase in military troops deployed to the region mimicking Dutere’s previous counter-insurgecny programs in Negros and Visayas that resulted in numerous killings of activists.

A farmer Junie Dungog Piñar from Southern Philippines was shot by military men for violating the COVID19 lockdown three days after Duterte’s shoot-them-dead order. Another farmer, Noel Galvez from West Samar was tied like an animal and tortured before he was killed last April 18. Six volunteers with Tulong Anakpawis providing relief efforts were arrested and illegally detained in Norzagaray, Bulucan.

Just this week, Philippine police shot former army veteran Winston Ragos was shot dead in while suffering from PTSD. Jory Porquia was shot dead in front of his home after facing harassment from the Philippine National Police while working on relief project in Ilo Ilo.

Meanwhile, Duterte has further scuttled peace talks with the National Democratic Front of the Philippines, failing to free political prisoners and failing to adhere to genuine ceasefire whilst pushing for heightening military operations against the New People’s Army.

Duterte’s Covid response is de facto martial law — and the new U.S. arm deals will only fortify the Presidents arsenal.

ICHRP-US condemns the new arms deal in the strongest terms and demands accountability from the United States government in its foreign arm sales to the Philippines and. We call for widespread education to mobilize people against the deal. The United States Congress has 30 days to veto the deal before it passes.

International Coalition for Human Rights in the Philippines (ICHRP-US)

On May 13, in a press conference with President Duterte’s cabinet, Philippine Star Journalist Tina Mendez quoted a recent ICHRP-US statement that demanded accountability for newly approved U.S. arms sales to the Duterte regime, in which we noted an arms sale would be going “to state forces who are becoming only more ruthless under Covid-19.”

“On the commentary on why we are going to purchase those helicopters — and that we should just channel the fund in those in need . . . .   I agree with what these leftists are saying. But first you should end your armed struggle, so we will stop buying such arms. You’ve been waging your armed struggle for 50 years, and you’re just causing trouble, and you want us to stop importing arms, but you’ won’t stop fighting.”

While red-tagging ICHRP, accusing it of involvement of the armed struggle in the Philippines, Secretary Lorenzana also claimed the Philippines could not afford the 450 million or 1.5 billion arms sales. Lorenzana further argued the arms sale is in no way connected to the termination for the Visiting Forces Agreement.

With this development, we offer 7 points in response to Secretary Lorenzana’s claims:

Sign the petition and join the movement here: https://bit.ly/ICHRPUSsignOn.