Why Trump and the GOP Don’t Want Mail Voting 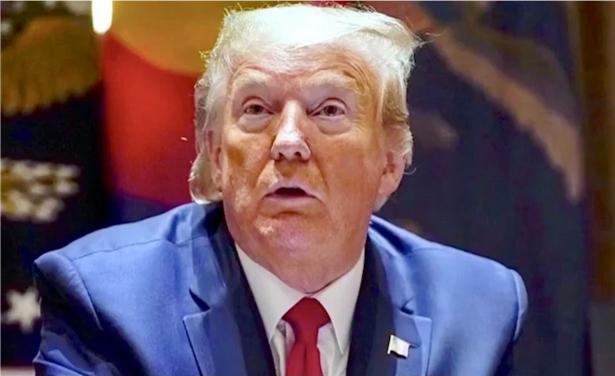 Trump and Republicans don’t want mail-in voting this November because it blows up a couple of their most effective voter suppression schemes.

In presidential elections dating back to 2000, there’s been noticeable media coverage of long lines in majority-black precincts; commentators sometimes wonder out loud why people would have to wait in line 8 hours to vote in, for example, inner city Ohio in 2004 or Milwaukee in the 2020 primaries.

Leading up to Georgia Secretary of State Brian Kemp’s contest with Stacey Abrams in 2018, the Atlanta Constitution-Journal documented how 8 percent of the state’s polling places had been recently closed, hitting rural black areas particularly hard. The Washington Post chronicled how broken voting machines—and the long lines they create—were largely confined to downtown Atlanta and black suburbs and rural areas.

The effect, of course, is to discourage voters from showing up or staying in line, particularly those people who are paid by the hour and have to take time off work to vote.

“The strongest tool Americans have to prevent Republican attempts at voter suppression is mail-in voting.”In minority voting precincts with a long history of race-based voter suppression, Republicans totally closed 868 polling places between the 2013 Shelby County decision and the 2016 election. The result is that between the 2012 and 2016 elections, black voting participation fell nearly 7 percent.

With mail-in voting there is no long drive, bus ride, or wait in line, so Republicans can’t rig things to make it harder for people to vote. That particular voting suppression trick—which conservatives have been running for over a century, particularly in the South—just doesn’t work with mail-in voting.

Another trick the GOP likes is to merge the effects of voter registration purges with “provisional” ballots.  First, Republican Secretaries of State throw hundreds of thousands of people off the voter rolls, disproportionately Hispanics and African Americans, by using “merge/purge” lists of felons or voters from other states with large black populations.

In 2018, investigative reporter Greg Palast sued a number of Republican secretaries of state and got his hands on purge lists that included more than 90,000 people in largely Democratic parts of Nevada, 769,436 voters purged in Colorado, 340,134 in Georgia, 550,000 in Illinois, a large but as-yet-uncounted list from Nebraska, and 469,000 purged in Indiana.

The Brennan Center for Justice found that just between 2014 and 2016, in the two years leading up to the presidential election, over 14 million people were purged from voter rolls, largely in Republican-controlled states. Kemp purged over a million in Georgia alone.

Calling the findings “disturbing,” the Brennan Center noted, “Almost 4 million more names were purged from the rolls between 2014 and 2016 than between 2006 and 2008. This growth in the number of removed voters represented an increase of 33 percent—far outstripping growth in both total registered voters (18 percent) and total population (6 percent).”

But people don’t know they’ve been removed, so they show up to vote anyway.  And vote they can—the 2002 Help America Vote Act created an entirely new type ballot.

“I don’t see you here on the voter roll,” the person checking people in to vote will say. “But here’s a provisional ballot that you can vote on.  It looks identical to the normal ballots, it just goes in a different box when you’re done.”

Provisional ballots are only counted at the discretion of the Secretary of State, and in Red states are usually only counted when there’s a lawsuit.  That’s why when John Kerry threw in the towel in 2004, John Edwards told me on my radio show that he was furious Kerry hadn’t sued because there were more unopened and uncounted provisional ballots, mostly from black neighborhoods, than Bush’s margin of victory.

But voters don’t know their provisional ballots won’t be counted, so they think they voted.  And when they meet the exit pollster outside the voting station, they tell them who they voted for and that vote gets recorded in the exit poll, even though it’ll never make its way into the official count.

This produces a phenomenon known as “Red Shift” where the exit polls—the gold standard used across the world to measure the outcome of an election—show Democrats winning but the actual “official” count shifts red and awards the election to a Republican.

As I note in my book, “The Hidden History of the War on Voting”:

For example, in the 2016 election, the exit polls showed Hillary Clinton carrying Florida by 47.7 percent to Trump’s 46.4 percent, although the “actual” counted vote had Trump winning by 49.0 percent to 47.8 percent. Trump gained 2.5 percentage points . . . somehow.

In North Carolina, exit polls showed Clinton winning 48.6 percent to 46.5 percent, but the votes that were counted turned out with Trump’s 49.9 to Clinton’s 46.1, a red shift of 5.9 percentage points for the GOP.

With mail-in voting, people know before they vote if they’ve been purged from the voter list, because they don’t get a ballot in the mail.  Ballots are mailed out early enough that people who’ve been purged will have time to figure out there’s a problem and contact the Secretary of State’s office to get it fixed.

Like with closing polling places or putting in broken machines, this particular type of voter suppression, which was responsible for Trump winning the electoral college, doesn’t work.

Mail-in voting doesn’t cause working people to lose income by taking time off to vote; they can vote from their kitchen table over the weekend or on an unhurried evening.

Mail-in voting doesn’t force elderly people concerned about Social Security to have to undergo the pain and trauma of a road trip followed by standing for hours in line.  Particularly with Covid-19 and the flu on the loose in November.

Mail-in voting doesn’t give Republican “ballot challengers” the ability to know a person’s race before they try to convince election officials to move a ballot into the provisional box because of “problems.”

The strongest tool Americans have to prevent Republican attempts at voter suppression is mail-in voting.

Living in Oregon, where the state has been exclusively mail-in for over 20 years, we have one of the highest rates of voter participation in the country and no evidence of so-called “voter fraud.” Louise and I sit down at the dining room table and look over the ballot, run a web search on various candidates and ballot initiatives we may not know, mark our ballots, and then drop the postage-paid envelopes in the mailbox out front.

There is only one reason Donald Trump and his Republican co-conspirators object to mail-in voting: it blows up their most effective and successful voter suppression schemes.

America must guarantee every citizen the right to vote, and national mail-in voting is a great place to start.

Thom Hartmann is a talk-show host and the author of The Hidden History of the Supreme Court and the Betrayal of America and more than 25 other books in print.