This uprising is the result of repeated failures by leaders to take the problem seriously. This country has a 20% unemployment rate, a global pandemic, and racist police institutions. Ignoring these root causes of unrest won't make them go away. 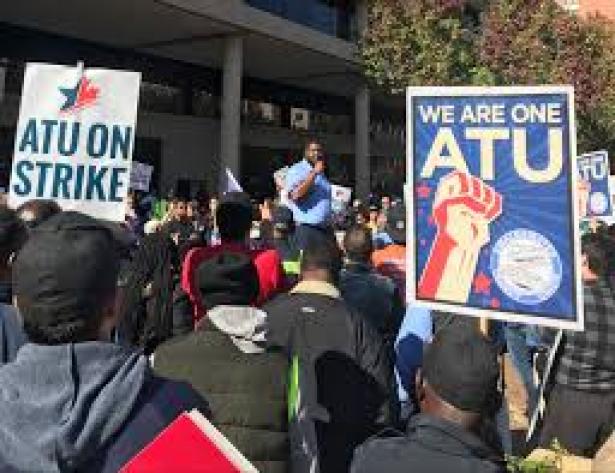 We are a majority black union of over 12,000 members and retirees around the nation’s capital. ATU Local 689 has moved this region for over 100 years. We fought, through organizing and striking, to transform low-paying transit jobs into careers with wages that you could raise a family on. But even with these good union jobs our members still routinely suffer from systemic racism and law enforcement abuses. We know firsthand that police are often the first people to arrive on the picket line, hours before the press shows up.

We follow in the footsteps of our International Union and fellow transit workers and pledge that our members will not put themselves in danger by transporting arrested protesters for the Metropolitan Police Department (MPD) or any other law enforcement services.

To our brothers, sisters, and friends in the labor movement, we must take this moment to look inward. On Sunday, May 31st, the lobby of the AFL-CIO was burnt. We can speculate on the motives, but the questions that we must answer are clear.

We at ATU Local 689 do not claim to have all the answers, but these are some of the thoughts we have during this moment. This is also not to excuse the reckless actions of a few, but to help focus our efforts during this crisis. Let us never forget that the conditions that built many of our unions (including: civil unrest, widespread unemployment, mass demonstrations) are not too different from today. Our unions weren’t given to us but were the result of incredible sacrifices.

To the local and national politicians, we call on you to stop trying to redirect blame. This nationwide uprising is not the result of “outside agitators” though they may exist. This uprising is the result of repeated failures by leaders to take the problem seriously. This country has a 20% unemployment rate, a global pandemic, and racist police institutions. Ignoring these root causes of unrest won't make them go away. The concrete thing that elected officials can be doing right now to achieve peace is to take decisive action to address the demands of the movement. DC’s own budget proposal this year calls for cuts to the crucial violence interrupter program just to avoid raising taxes on the wealthy.

Amalgamated Transit Union Local 689 is comprised of more than 13,000 members and retirees performing occupations within the many skilled transportation crafts for the Washington Metropolitan Area Transit Authority (WMATA), MetroAccess, DASH, and the DC Streetcar. A member of the Amalgamated Transit Union (AFL-CIO/CLC), the largest labor organization representing transit workers in the United States and Canada, Local 689 was established on January 19, 1916. For more information please visit our website at atulocal689.org.